This is the tale of Cassandra Leigh (Barbara Marks) an unruly 19 year-old who rebels against her stepmother (Lucille Price) and gets baited into "Reefers" by her motorcycle pals. The only hope in bringing Cassandra back to the straight path is her high school sweetheart, Johnny (Robert Norman) who tries to clean her up by proposing to her. Since Cassandra flushed all her education away by the constant school-skipping, all that's left for her is to wed Johnny (which they suddenly do!) But the marriage life can't contain Cassandra. Her drug-temptations come calling back when she accidentally overdoses on sleeping pills. Once recovered, she gets involved with a drug-running scam by posing as a waitress and "Serves drugs" underneath the lunch plates. Narcotics agent, Lt. David Jason (Kurt Martell) enters the scene and nabs Cassandra. As on option for a shorter parole, Cassandra squeals on the drug ring and gets cleared of charges. You think she's gonna FINALLY clean her act up this time? Nope! Once back on the streets, Cassandra runs into a heroin junky named Margo (Elaine Lindenbaum) who she ends up caring for. Come to find out, she ends up caring for Margo a little too much and joins in the heroin addiction! This leads Cassandra into a bigger drug ring that runs all the way to Mexico. One of the drug runners nicknamed Cholo (played by the film's writer/producer/director Bamlet Lawrence Price Jr.) who now has Cassandra under her wing for this operation. Lieutenant Jason reunites with Cassandra one last time to try to break this drug spell on Cassandra. 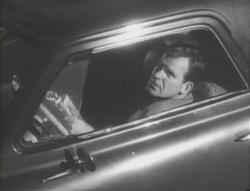 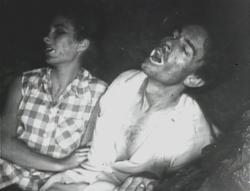 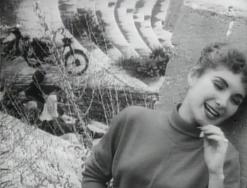 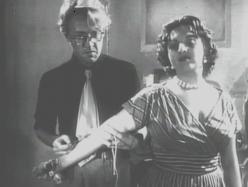 With that heavy, (albeit, a bit repetitive) storyline, you would think that this might be considered a classic of its kind, right? In a perfect world, I would give it that approval. But here's the problem with this movie. And boy, is it a BIG one. The movie is narrated entirely by the lieutenant. Okay, that doesn't sound too bad, correct? But here's the thing. His voice is the ONLY voice you hear throughout the entire movie!!! Alright, I'll be generous. I counted two occasions where different voices were heard (when a police dispatcher is giving information over the radio and when a voice is heard on the other line of a telephone) but other than that, the only other sounds you'll hear are the film score, motorcycles and cars driving, the barking of a dog, and the agonized moans that a junky makes! That's it! Not one word out of Cassandra's mouth is ever spoken! At first, I thought this movie might have been a victim of losing its distribution rights and was re-packaged and re-released with this "new" soundtrack (this was often done with Mondo rip-offs) but nope, the only information I could find was that this is how the movie always looked and sounded! Which really is a shame because this has to be one of the more harder-hitting propaganda films I've seen thanks to its relentless drug message being shoved down the viewers' throats. Not just in storyline, but there's some fine, fast editing to observe (including one clever montage of showing a group of addicts desperately needing their fix) It really is too bad this technical decision was made because I was certain that we could have had a winner on our hands with this baby. Such a shame.