Tara B. True (Joyce Jillson) is a sexually liberated young woman with insatiable “cravings.” Thankfully, her career—she’s a flight attendant, is aligned with her needs: whenever she’s “layed-over” she’s got a beau a-waitin’! 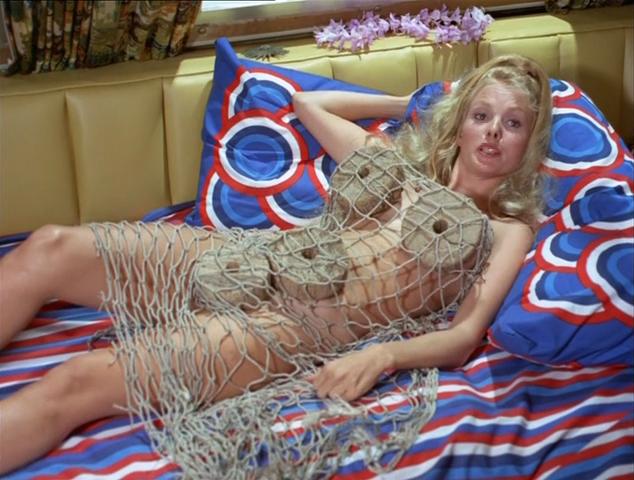 Hunky Johnny (Tony Young) is smitten with Tara too. Earthy and virile, he’s a “beach bum” whose got his own Miami house-boat. The two enjoy making love on the undulating sea: “It’s like a waterbed!” They also water ski, sun-bathe, and frolic nude on the beach. 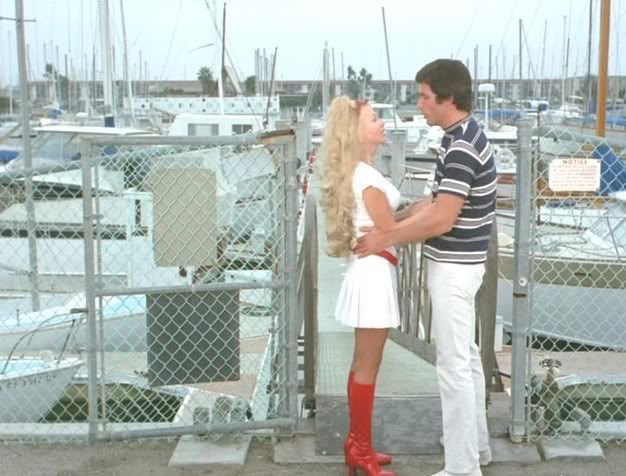 And then there’s Davy (Timothy Wayne Brown), an LA-based pop music star in search of his next hit record. He and Tara “make music” wherever they can: in a theater, at his home, or atop his ornate baby grand piano. 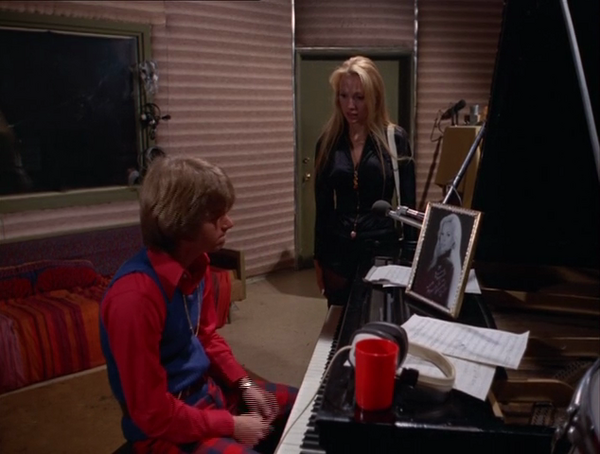