Difference between revisions of "Stephanie Beacham" 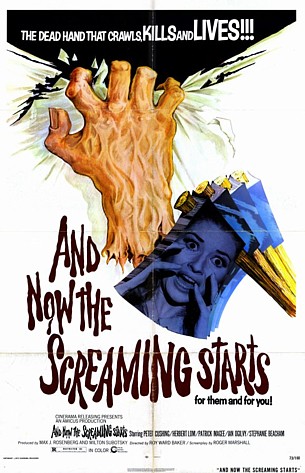 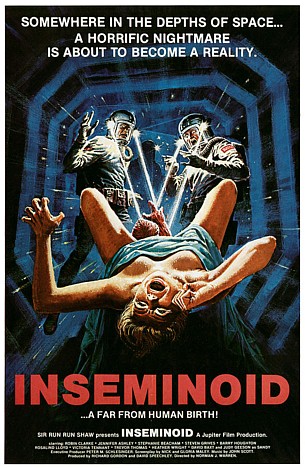 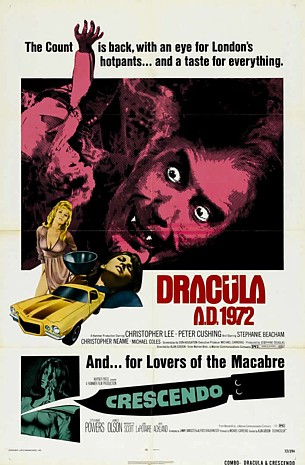 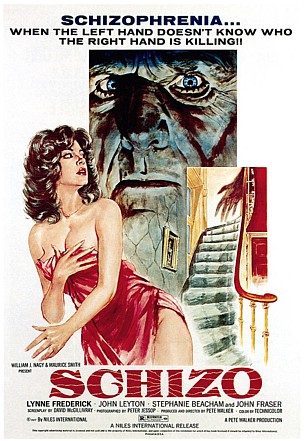 British actress Stephanie Beacham is perhaps most recognised internationally as the magnificently coiffured, massively shoulder-padded, immaculately made-up 80s uber-bitch Sable of soap operatic paean to Reagan era capitalist gluttony ‘Dynasty’. But beneath the Max Factor veneer and the ozone-layer destroying volumes of hairspray was an actress of rare natural beauty, self-deprecating wit and intelligence, and not inconsiderable talent. Early in her career Beacham appeared in films produced by UK horror specialists Hammer and Amicus as well as independent chillers directed by exploitation auteurs Pete Walker and Norman J. Warren. It is for these contributions to cult cinema that she has earned an honorary place in the grindhouse hall of fame.

Having studied mime in Paris and all aspects of stage and screen performance at the world famous Royal Academy of Dramatic Art in London Beacham started her career as both a model and television actress in the 1960s. Her first big screen roles came in 1970; first of all in sporting drama ‘The Games’, whose director Michael Winner would cast her again the following year in one of her most notorious roles opposite Marlon Brando in his misconceived prequel to Henry James’ gothic novel ‘The Turn Of The Screw’, and second in the almost horror flick ‘Tam Lin’ (aka ‘The Devil’s Widow’), the only film directed by actor Roddy McDowell.

Also in 1973 Beacham’s career took her to Italy for a staring role in Massimo Dallamano’s action packed crime thriller ‘Si può essere più bastardi dell'ispettore Cliff?’ Italian movie producers loved to use 20 syllables in a film’s title when only 2 would suffice however the film was later given an exploitation makeover when it was retitled ‘Super Bitch’ for it’s UK VHS release, capitalising on Beacham’s newly achieved status as queen of shoulder-padded soap opera shrews.

The latter half of the 1970s saw Beacham star in 2 movies directed by British sleaze merchant Pete Walker, ‘House Of Mortal Sin’ (aka ‘The Confessional’) and ‘Schizo’. Walker was no more subtle and nuanced a filmmaker than Michael Winner however his 1970s horror pictures have a sleazy tabloid spitefulness to them which has more in common with the output of American grindhouse auteurs such as Fred R. Friedel than any of his UK peers.

Beacham followed the 2 Walker films with what she herself considered a ‘rent-is-due’ performance for another British horror maverick, Norman J. Warren, who was (almost uniquely) determined to fly the flag for independently produced UK exploitation cinema into the 1980’s. With Inseminoid he ‘conceived’ one of the greatest sci-fi horror movie titles of all time however by 1982, the year of the films release, the British horror genre was as dead as an oxygen starved astronaut who has been partially devoured by twin alien toddlers. Although Warren and Walker would soldier on with a couple more movies each the new decade saw Beacham, perhaps without any regret, concentrate energy on her TV career.

After appearing as part of the ensemble cast of the highly popular BBC prisoners of war drama ‘Tenko’ and in the lead role in satirical series ‘Connie’ Beacham was enticed to the USA where she spent the remainder of the decade butting shoulder-pads with fellow Brit Joan Collins in the decadent Dynasty and it’s spin-off The Colby’s. The 1990s and 2000s saw Beacham split her time between the US and the UK appearing in such varied shows as Beverley Hills 90210, Star Trek Next Generation, Seaquest 2032, Bad Girls and (Britain’s working class version of Dynasty!) Coronation Street. She continues to be active in TV and movies at the age of 68.

Even when staring in less than prestigious productions the youthful Beacham was never simply a Scream Queen. She communicated an educated air of feisty pragmatism in those early genre roles implying more in common with dignified co-stars such as Peter Cushing than the parade of European totty of the type that Hammer cast in its latter boobs n’ blood productions; Stephanie Beacham was indeed the gentleman’s (and woman’s) horror heroine. That the actress achieved her considerable film and TV stardom despite being born deaf in one ear and with only partial hearing in the other suggests further reason to admire her achievements and a stage and screen career that has spanned over 5 decades.

If You Can’t Beacham, Join ‘Em:

Expose yourself to the best of Beacham as chosen by the connoisseurs of cult here at The Deuce:

Hammer Horror gets groovy, transporting the bloodthirsty Count to London in the era of glam rock and bellbottoms. Fangtastic fun for sure and the beautiful Beacham manages to look hotter than a vampire on a sun lounger despite sporting the most eye-offending mullet this side of Ziggy Stardust.

Our heroine is manhandled by Marlon Brando in Michael (Death Wish) Winner’s ridiculous and vulgar prequel to the events of Henry James’ 1898 novel ‘The Turn Of The Screw’, itself filmed much more tastefully and effectively as ‘The Innocents’ in 1961. But hey, this is The Deuce, and sometimes ‘tasteful’ and ‘effective’ just don’t cut it and only the ‘ridiculous’ and ‘vulgar’ will do!

AKA ‘Blue Movie Blackmail’. If you didn’t get enough bare Beacham in ‘The Nightcomers’ then Stephanie strips again in this crash-bang-wallop euro-crime thriller directed by Massimo (What Have You Done To Solange?) Dallamano. Retitled ‘Super Bitch’ for it’s UK video release in the 1980’s to cash in on the actresses soap opera rivalry with Joan (‘The Bitch’) Collins.

And Now The Screaming Starts

Beacham is at her beautiful best as the quintessential Gothic heroine, newly wedded to ‘Saintly’ Ian Ogilvy and pestered nightly by a ghostly ghoul with empty eye sockets, in this Amicus studios shocker that also counts horror stalwarts Peter Cushing, Herbert Lom and Patrick Magee among its stars.