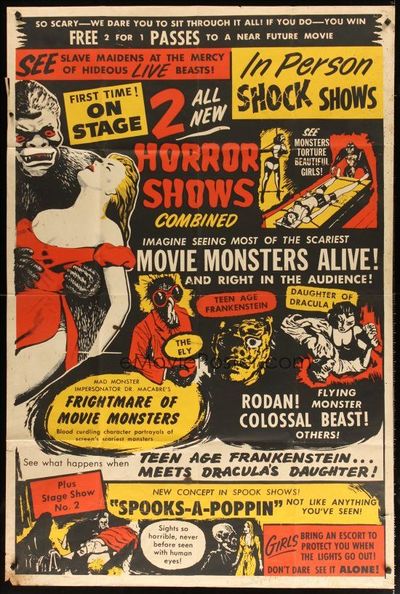 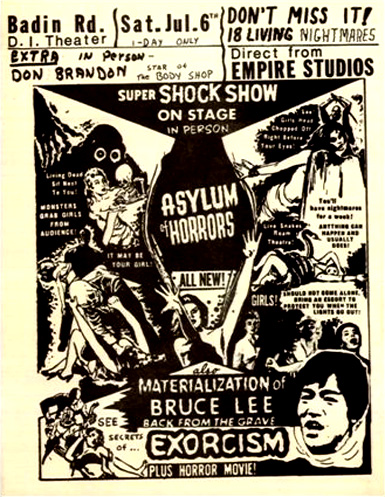 Starting in the late 1930s and lasting until the 1960s, the "Spook Show," sometimes called a midnight show or shock show or ghost show, was a presentation that combined movies with audience participation. Movies would be hyped with all kinds of gimmicks, including magicians, séances and the prospect of the monsters from the movie being shown attacking theatergoers. Late in the gimmick's run, bloody special effects would often be added as well. Monsters Crash the Pajama Party is one of the last surviving films from the "Spook Show" era, and the DVD from Something Weird Video has a whole section of old spook show advertisements.