< Season of The Witch 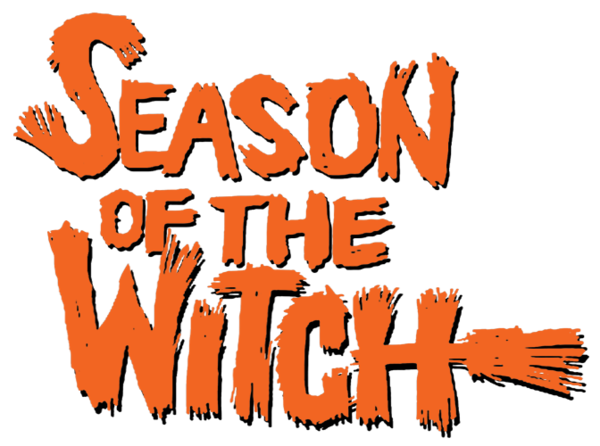 Season of the Witch a.k.a. Hungry Wives is not really a horror film but it was promoted as one. Season of the Witch used the concerns of the growing feminist movement to fuel a plot that had less to do with witchcraft than it did with women finding their independence. Season was a box-office bomb, so much so that he was still paying its debt years later. Romero has pretty much distanced himself from this early effort going as far as to say that it was “crap.”

Season of the Witch is the story of Joanie, the neglected wife of businessman Jack. Joanie is undersexed, overworked and just plain bored with life in suburbia. She is also plagued by recurring dreams involving a devil-masked intruder. The film starts with a rather in your face dream sequence that features Joanie being taken to a kennel, led around on a leash and getting smacked in the face with a rolled up newspaper. The sequence is a blatant expression of social commentary than most of Romero’s films than usual. Joanie goes along with a friend to a tarot card reading being held by a witch. Although not completely convinced of the power of witchcraft, Joanie’s interest is sparked. That same night Joanie returns home to find her daughter, Mickey, in the company of Greg, a professor from her college. Greg debates human psychology and the supernatural with Joanie in a very challenging manner. She proclaims her dislike for the crass young man but is also intrigued by him. 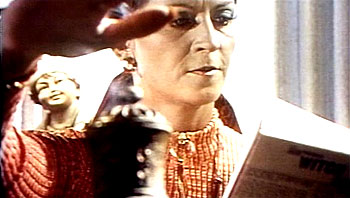 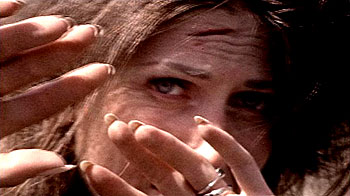 Joanie picks up a book about witchcraft and begins studying it. The dreams keep coming and the intruder gets closer to its prey every time. With Jack away for a few days on a business trip Joanie takes a trip to the city. She goes to an occult store and picks up various witch supplies so that she can cast a spell that would make Greg drop by the house. Greg does come over and they begin a short affair that ends the night before Jack is supposed to return home. Joanie’s paranoia over the success of the spell, the affair and the dreams leads to a tragedy that will change her life dramatically.

Today’s young women have no idea how things used to be for women in the 70’s. The mentality was still to keep your wife “barefoot and pregnant” and busy with house duties rather than a career. If the wife didn’t have dinner on the table when hubby came home, she might be subjected to verbal or even physical abuse. Jack uses both types of abuse on Joanie along with just plain ignoring her existence. The bedroom is a place to sleep and the kitchen table is a place to eat, the couple have virtually no conversation. The introduction of Greg and the tarot card reading witch give Joanie an arena to expand, these are the only two people in Joanie’s life that are interested in her opinions and thoughts. The supernatural elements in the film are never confirmed and are used more as an excuse for Joanie’s emancipation from the normal life of a housewife. The film features a lot more talking than most of Romero’s work but instead of using conversation as a time killer it is used to add depth to the story. The acting is good with Jan White(Joanie) and Ray Laine(Greg) being the standout performances. The soundtrack features a groovy title song by Donovan that is still playing in my head. The direction proves again that Romero is a step ahead of the competition when it comes to providing a smart, witty film.