Scream (1981, USA) is a Slasher film directed by Byron Quisenberry. 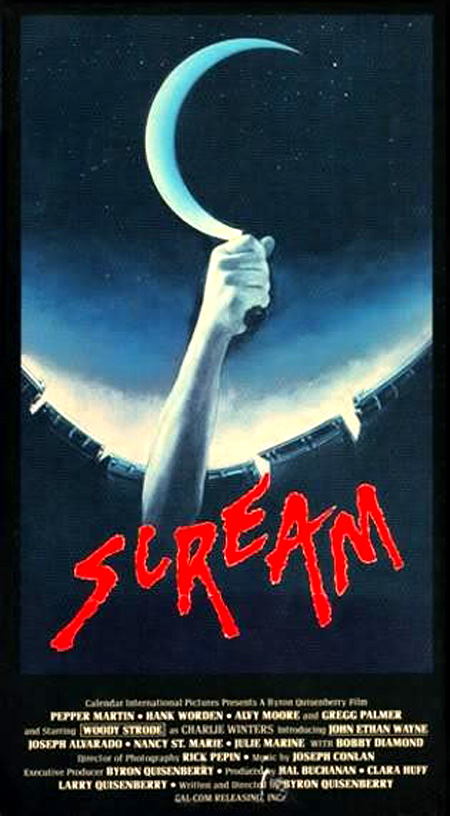 A group of twelve friends on a river camping trip decide to spend the night in an old ghost town, and an unseen killer begins to dispatch them one by one. On the first night at the stroke of midnight, three of the group are killed in rapid succession. Allen is found hanged; his friends Rod and John both hacked by a cleaver. In the morning, the nine survivors try to leave, but find their three rubber rafts slashed apart by someone (or something) forcing them to spend another night at the ghost town. (Wikipedia)