I’m a big fan of rubber bats in horror movies; the uglier and wobblier the better. For this reason alone I have a predisposed fondness for Scars of Dracula due to its abundance of face-shredding, priest pestering, flap happy creatures of the night. The 5th installment in Hammer studios undying Dracula franchise sees the fiendish Count revived by one such critter who vomits blood over the vampire’s powdered remains. Presumably the bloodsucker’s ashes were swept up from the church where he suffered a fatal dizzy spell at the climax of Taste The Blood of Dracula and returned to his condo in the Carpathian mountains by his grizzled man-servant Klove, although no explicit explanation is given. 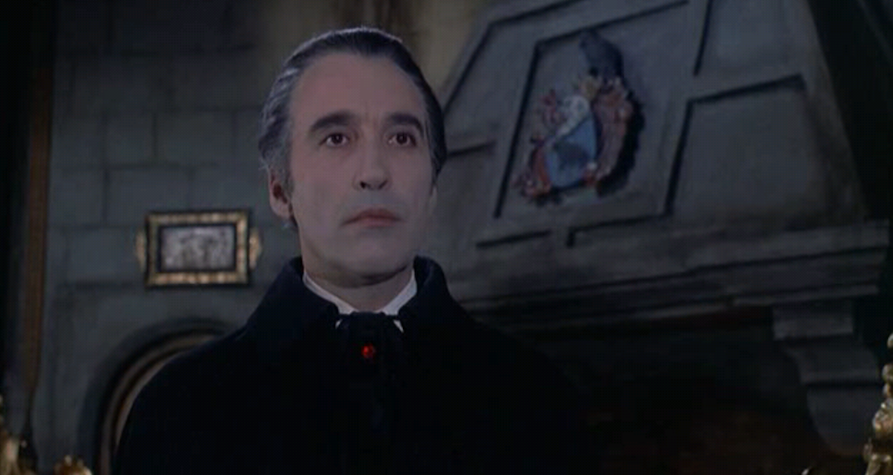 With Dracula once again sinking his teeth into local virgins, beleaguered townsfolk storm the castle and set it ablaze. The angry mob trample through a field of wild bluebells on their way to Casa del Dracula; the flowers trodden underfoot a symbolic omen of the innocence about to be crushed in the village when Dracula silently orders his winged minions to execute a terrible vengeance. For when the men return from their mission they find their wives and children all dead, their bodies horribly mutilated, inside the church where they had sought shelter from the vampire bats attack. The camera rapidly, and repeatedly, zooms in on the victim’s faces to allow the audience the best possible view of the bloody scratches and bites that have been inflicted. Veteran Hammer actor Michael Ripper (in the role of the local innkeeper) approaches his wife, who is sat on a blood spattered pew, only to discover her face smeared with gore and with one eye dangling from its socket! ‘The Devil has won’, stutters the village priest. 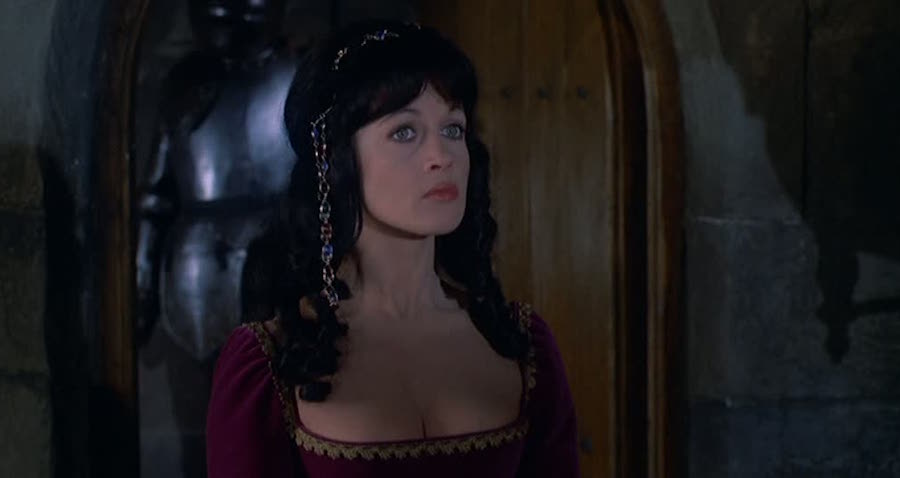 The story skips to the town of Kleinenburg where a young philanderer named Paul is on the run from the local authorities having been caught in bed with the Burgomaster’s daughter. He stops in briefly at the birthday party of sweetheart Sarah who is celebrating with friends that include Paul’s brother, and silent rival for Sarah’s affection, Simon. Paul is forced to make a hasty exit through an open window when the Burgomaster’s men catch up with him and he tumbles through the roof of a carriage parked outside. The startled horses propel the vehicle out of town and through the surrounding forest. Lost and alone the young man stumbles into the small town with the bat problem but his search for bed and board is cut short by the innkeeper who chases him off when he catches Paul fondling his barmaid. Inevitably the search for shelter leads to the somewhat rundown remains of Castle Dracula. Paul is invited in by a voluptuous young lady wearing a purple velvet dress named Tania and no sooner is he warming himself by the open fire than up pops the pasty-faced Count who immediately turns on the Transylvanian charm and offers the lost boy a glass of his finest house red. 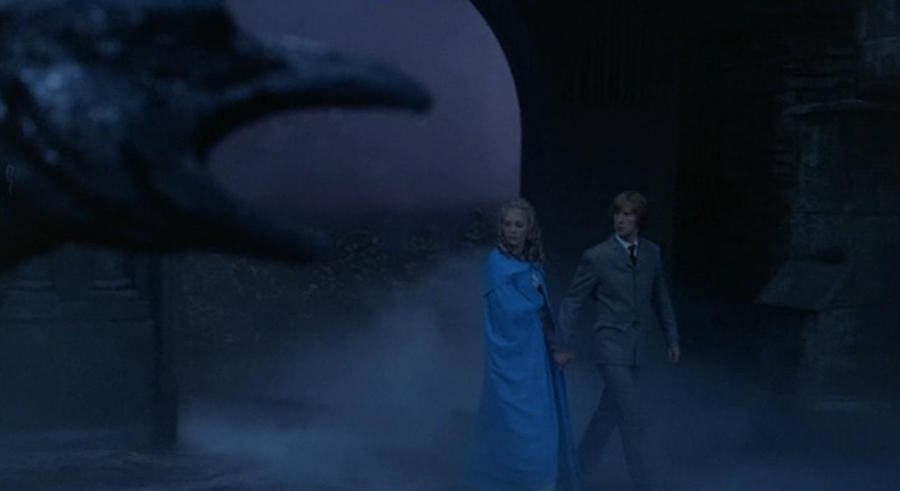 Settling in for the night Paul is disturbed as he undresses by Tania tapping at his bedroom door; and I’ll be damned if he doesn’t get lucky for the third time that day. Lover boy may have proved his prowess in bed but Tania can’t resist landing him with a vampire hickey. She only gets as far as baring her fangs however before an enraged Dracula appears and, in a red-eyed frenzy, stabs the girl repeatedly with an ornamental dagger that Paul had been admiring next to the fireplace only hours before. Some reviewers have criticised this scene questioning why the most powerful of vampires would resort to using a knife to kill however Dracula’s choice of murder weapon is deliberate and designed to emphasize to his ‘guest’ that everything in the castle belongs to him; whether it’s the dagger that Paul admires or the girl that he makes love to – both are Dracula’s possessions that no mortal man may covet. It’s a terrific scene; sudden, violent and shocking, although a shot of Dracula lapping blood from the stab wounds was apparently removed at the request of the British film censors. 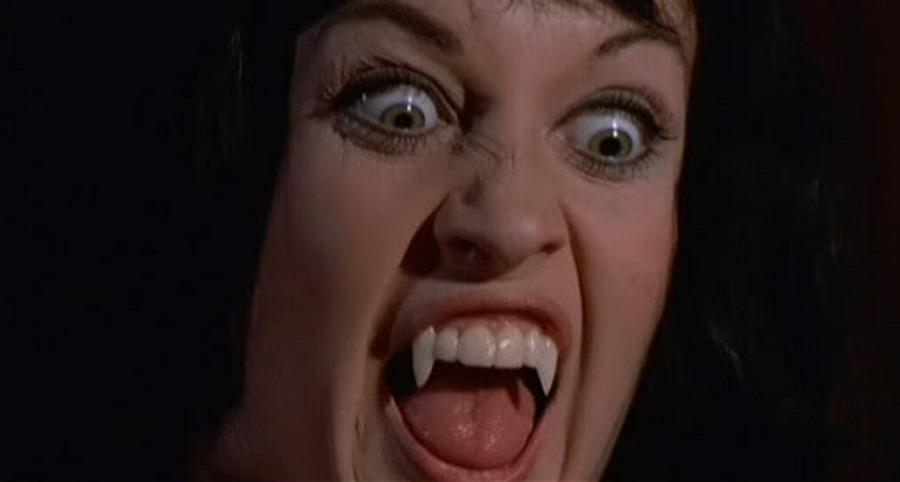 A worried Sarah and Simon set out to look for their missing friend and retrace his steps to the village inn where they are given directions to the castle by the barmaid that Paul had attempted to seduce. On arrival the courteous Count welcomes his two new guests with the same hospitality that he extended to Simon’s brother but if they decide to spend the night then they may also find themselves welcome to share in his terrible fate. 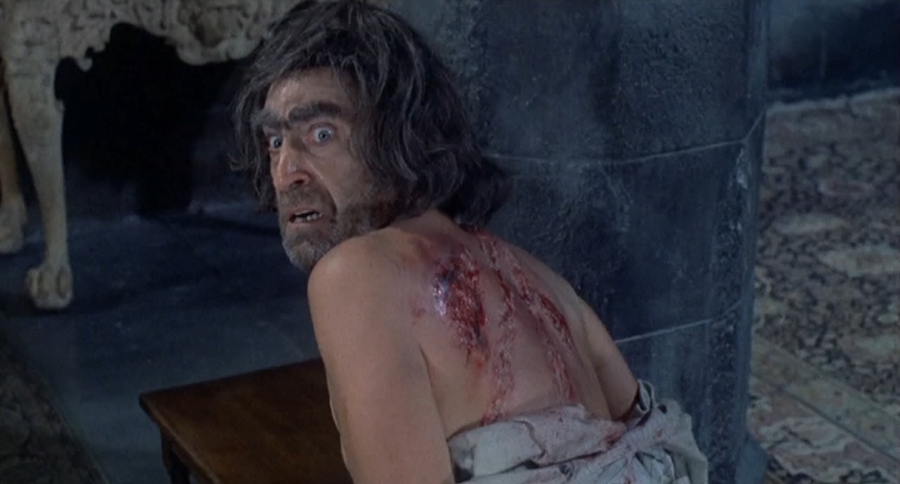 ‘Scars of Dracula’ is often regarded as a low point in Hammer’s Dracula series and reviews tend to dwell on its shortcomings. Admittedly its low budget is all too apparent in its somewhat threadbare set design and frequently daft visual effects; its hero and heroine are irritatingly wholesome and dull; and the ‘Carry On’ style comedy, courtesy of the Burgomaster and his bum-flashing daughter, is neither funny nor especially titillating. However the film is a highly entertaining, well-paced thriller packed full of exciting, and surprisingly gory, action. Plus it features some of the ugliest, most awesomely wobbly, rubber vampire bats you could ever hope to see. 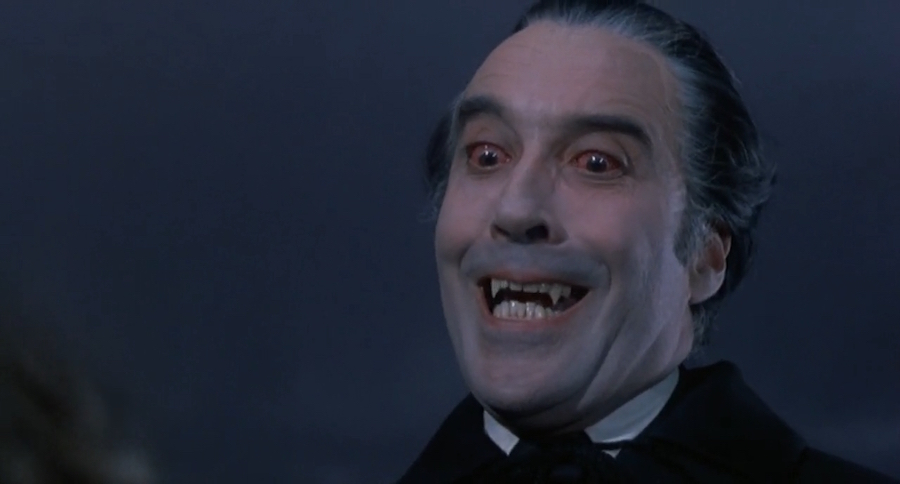 Dracula is a very different character in this film to the scowling, mono-syllabic, villain who appeared in the previous three. In ‘Scars of Dracula’ he is lord of a derelict manor; a recluse in the wreck of his once majestic castle. Pale, melancholy, bitter; whenever anyone mentions the fire that ravaged his home he appears to flinch as if wounded by the memory and all credit must go to Christopher Lee for embellishing his performance with such subtle, emotive details. Lee’s efforts restore a certain malignant pride to the character which had been significantly eroded by each successive sequel since Dracula: Prince of Darkness. For this reason more than any other ‘Scars of Dracula’ should be considered a worthy addition to the series. This is also the most viciously violent version of the Count that Hammer had thus far depicted; the sadistic relish he exhibits in branding his disobedient man-servant with the red hot blade of a sabre is, for me, a highlight of the entire series and I would go so far as to say that this is Christopher Lee’s best performance in the role since the 1958 original. 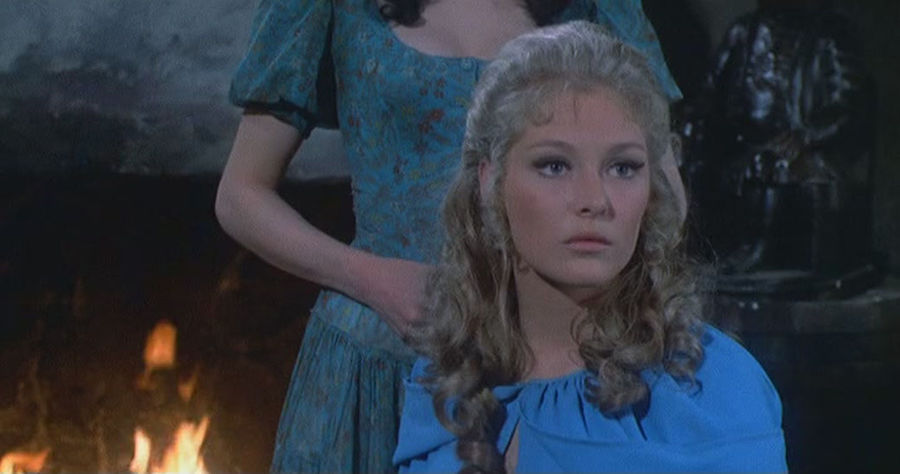 Michael Gwynn gives a quietly persuasive performance as the haunted priest whose flock is slaughtered and who seeks redemption through his protection of Sarah from a similar fate. Former Dr. Who Patrick Troughton is terrifically spiteful and mongrel-like as the cowardly Klove whose body bears the scars of Dracula’s sadism and who clings to the only beautiful thing that he could ever hope to possess: Sarah’s portrait, an intended birthday gift from the ill-fated Paul. Unfortunately the younger members of the cast are less impressive with Dennis Waterman and Jenny Hanley particularly anaemic. In all fairness the script calls for Sarah and Simon to be little more than the proverbial ‘babes in the wood’. 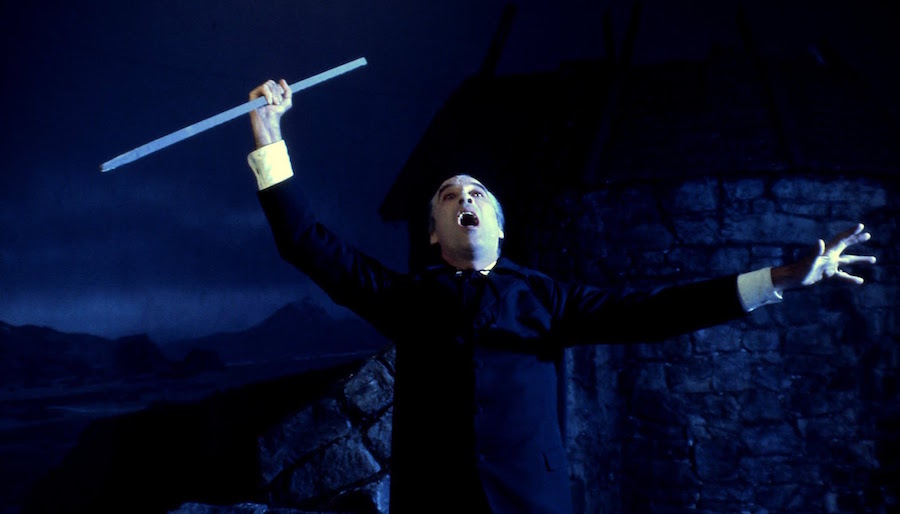 Released to cinemas on a double-bill with Hammer’s darkly comic The Horror of Frankenstein the film was relatively profitable at the UK box office but in the US it failed to repeat the success of the Count’s previous outings. For the next installment in the series Hammer were preparing to do something a bit different...