Rock All Night (1957, USA) is a Crime film directed by Roger Corman. 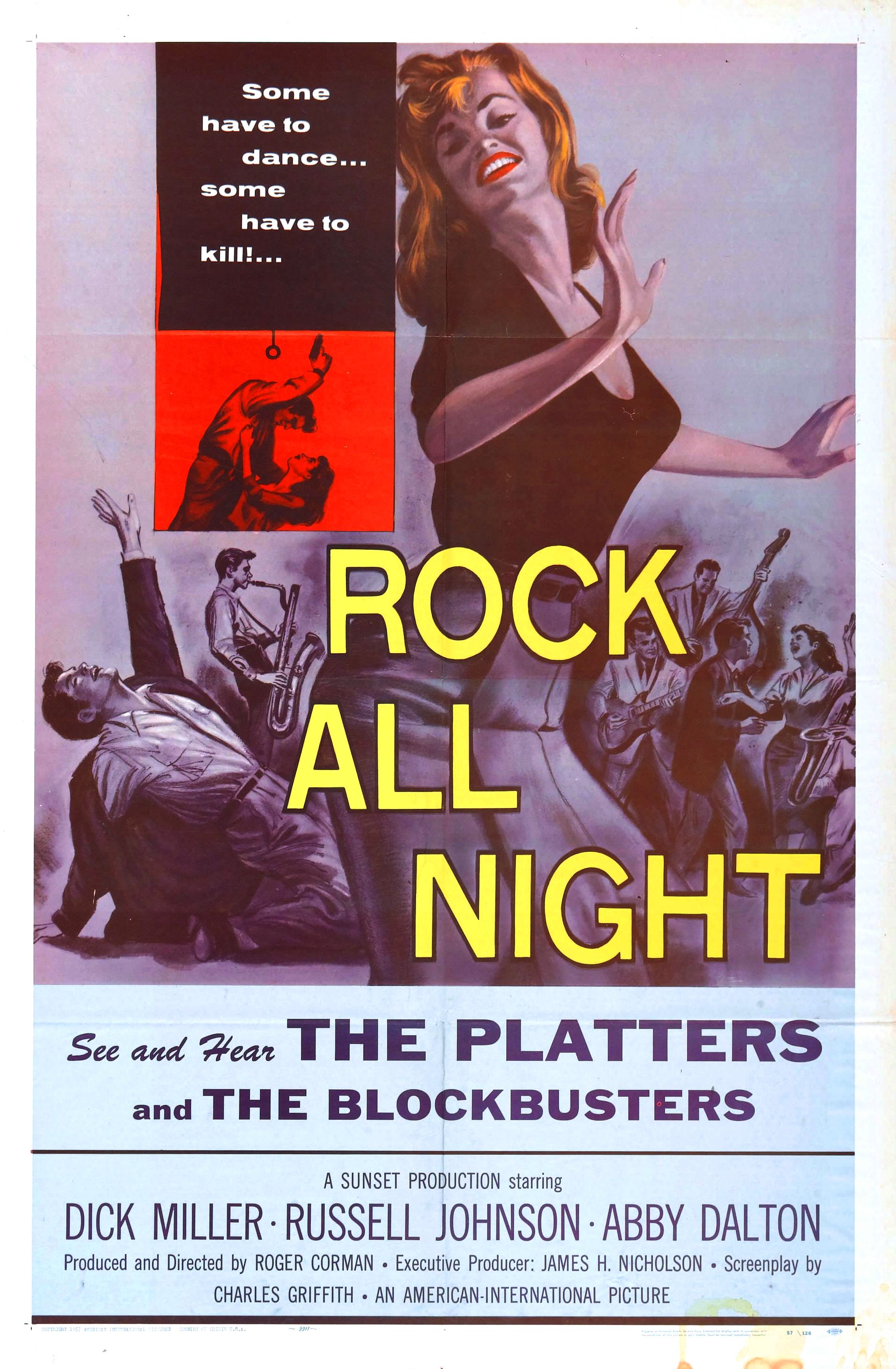 Rock All Night is a 1957 American International Pictures (AIP) film produced and directed by Roger Corman based on a 25-minute television episode of The Jane Wyman Theatre from 1955 called "Little Guy." It stars Dick Miller, Russell Johnson and Abby Dalton. The film was released as a double feature with Dragstrip Girl. Two escaping killers hide out in a club called the Cloud Nine and hold the bartender and clients hostage. Amongst the patrons are a nervous singer (Abby Dalton), a boxer, his wife, and manager, an extortionist, a loud thug and his girlfriend, as well as a small man who can determine people's real (as opposed to posed) personalities and has no fear (Dick Miller). (Wikipedia)