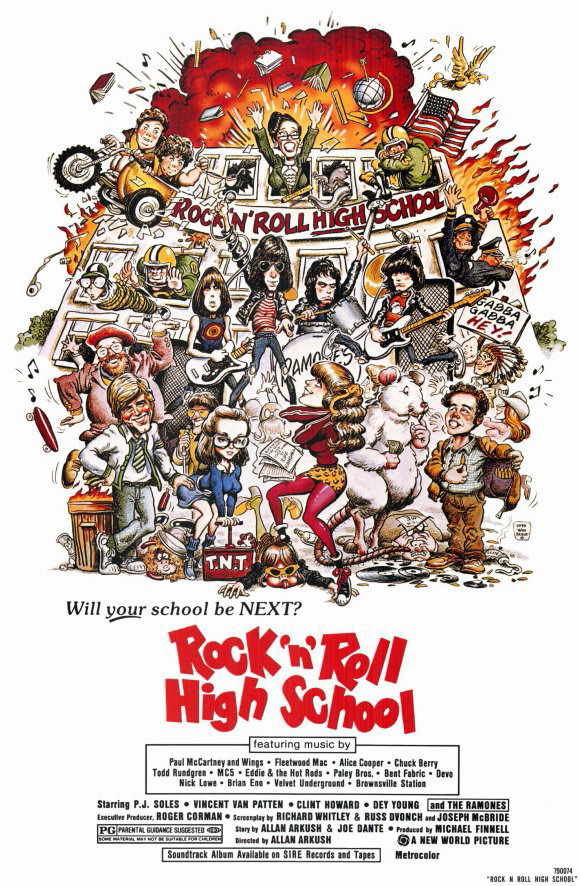 Set in 1980, Vince Lombardi High School keeps losing principals to nervous breakdowns because of the students' love of rock 'n' roll and their disregard for education. Their leader, Riff Randell (P. J. Soles), is the biggest Ramones fan at Vince Lombardi High School. She waits in line for three days to get tickets to see the band, hoping to meet Joey Ramone so she can give him a song she wrote for the band, "Rock 'n' Roll High School". When Principal Togar (Mary Woronov) takes her ticket away, Riff and her best friend Kate Rambeau (Dey Young) have to find another way to meet their heroes—by winning a radio contest. (Wikipedia)