Ricco Aversi (Christopher Mitchum) has just been released from jail after two years. Now that hes out, he goes to visit his sister and mother. As seen in the opening of the film, Ricco's father has been murdered by a mafiosi named Don Vito (Arthur Kennedy). To make things even worse, Don Vito has also stolen Ricco's estranged girlfriend Rosa (the beautiful Malisa Longo). Ricco soon begins letting friends know hes back in town and looking for information on his father's death and the whereabouts of Rosa. While driving around the city, he runs into a mysterious, gorgeous woman named Scilla (Barbara Bouchet), who turns out to be a small time grifter who uses her body to occupy her marks' attention while she rips them off. Ricco (who's obviously smitten), follows Scilla back to her home and discovers that she is actually the niece of his old friend, a counterfitter. Ricco continues searching for Rosa, along with the help of Scilla. This is where the film gets fun. 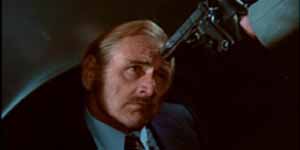 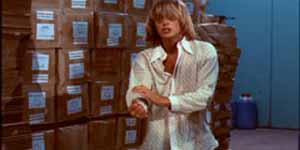 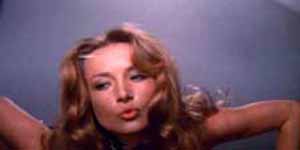 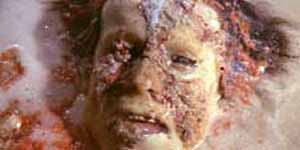 Theres plenty of action and fans of Barbara Bouchet won't be dissapointed when she's onscreen. Lots of T&A eye candy! The women in this film are super hot!! In one classic scene, two of Don Vito's thugs are transporting some mob money when they come across Scilla on a foggy, dark road. They think they are hallucinating. Scilla proceeds to do a strip tease while the two men sit gobsmacked. Then Ricco appears and takes them both out by tossing them into a nearby river. Ricco and Scilla take off with the money and after Don Vito finds out, he throws the dumb thugs right into a huge vat of acid! Ricco The Mean Machine has everything a good Poliziotteschi should: groovy music, hard hitting action scenes, sexy women, and a great sense of humor!