The resurrection of the dead, gory effects, comedic moments and a large cult following. These are just some of the ingredients of movies like Dawn Of The Dead or The Evil Dead (and Evil Dead II since it's the one that shifted from pure horror to horror-comedy). But there's another film that's more obscure than those flicks that I mentioned. It's called Re-Animator, a very good tribute to the 30's-50's era of sci-fi films. 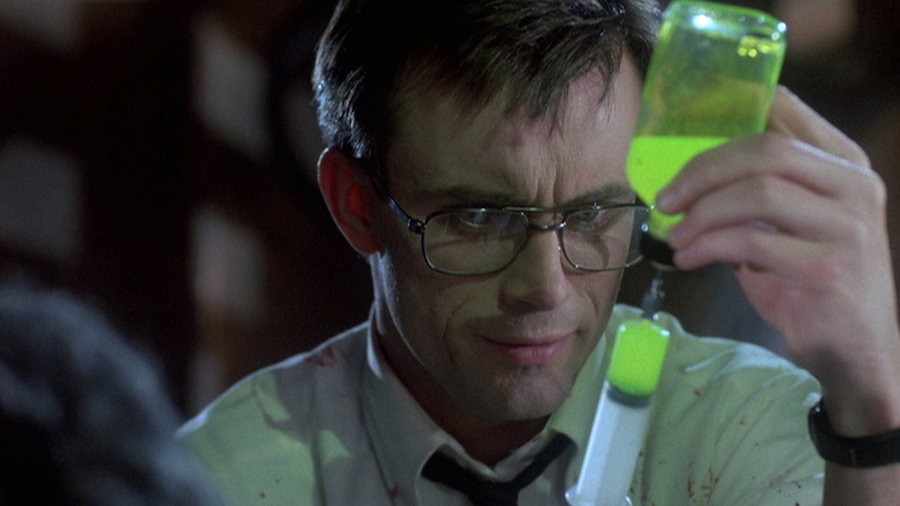 Dan, a medical student, and Megan are a couple who live together, then one day a weird scientist named Herbert West rents a room from Dan for his experiments. They involve a serum that resurrects dead people/animals. Later, Dan becomes Herbert's partner in the experiments. Unfortunately, many things go wrong and the chaos begins.

This film has no rules at all. Yes! Since the resurrection is an experiment, the results range from horrible messes to the unbelievably spectacular. Also, later in the film, when the serum is injected into a head that's separated from the body, it talks! And what happens if you inject it into the same body that I mentioned? Well, it walks around, tries to find its head and then do whatever the head wants it to! It reminded me of Evil Dead II in which anything could come alive in the abandoned house and scare Ash. 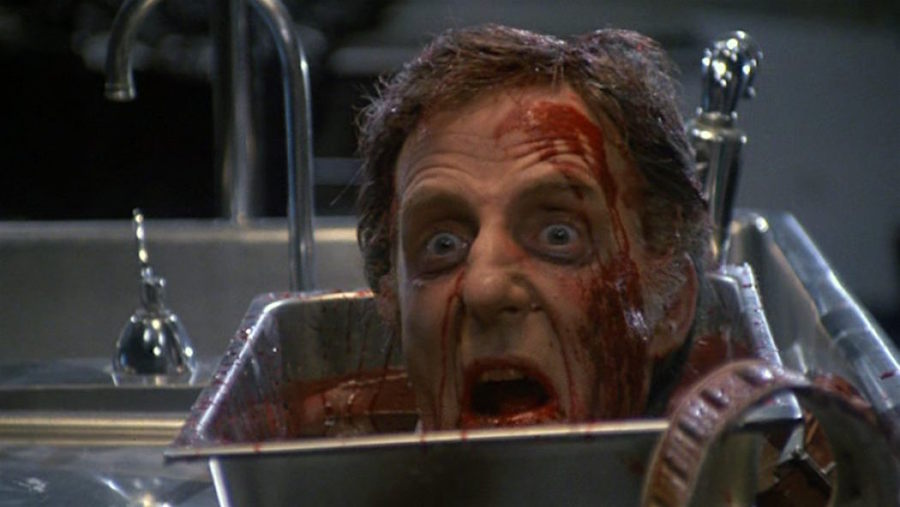 And how gory is it? Well, since the version I watched is the Unrated Edition (which is shorter and easier to find than the R-Rated version) it's VERY gory. Even the makeup artist on this film, John Naulin said that "Re-Animator was the bloodiest film he had ever worked on". But don't worry, there is plenty of comedy too. The style ranges from total slapstick to TV sitcom style. It's very cool.

Gory effects, hilarious scenes, Frankenstein tributes, even homoerotic subtext....what more could you want from this sci-fi/horror film? If your answer is satisfaction, I guarantee you that you'll get it!