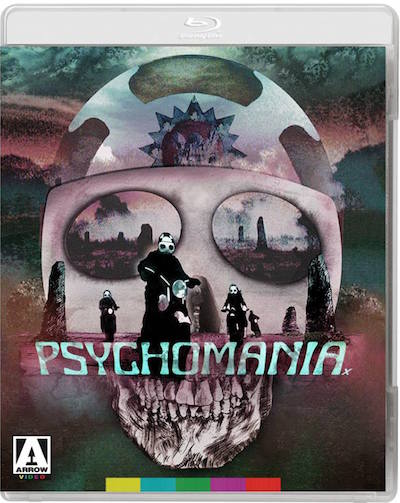 The United States gave motorcycle-mad cinemagoers Easy Rider, The Wild One and The Wild Angels. The United Kingdom gave them Psychomania, the tale of zombie bikers run amok is southern England.

The Living Dead are a delinquent biker gang, fond of causing havoc on British roadways and making out in graveyards. Gang leader Tom (Nicky Henson) also has a Satanist for a mother, and when he discovers the secret of immortality, the name of his motley crew takes on a more literal meaning…

Directed by Hammer veteran Don Sharp (The Kiss of the Vampire, The Devil-Ship Pirates) and co-starring Beryl Reid (Dr. Phibes Rises Again) and George Sanders (Village of the Damned), Psychomania is a wonderfully offbeat gem, outlandish and eccentric in equal measure. 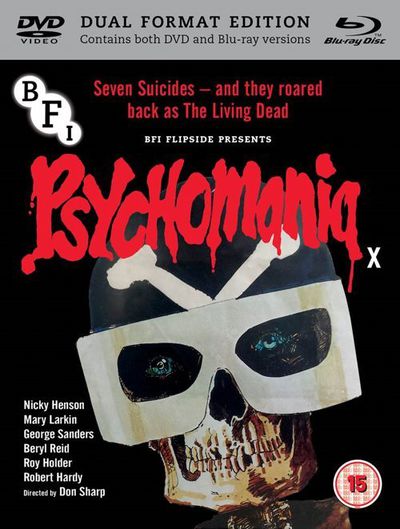 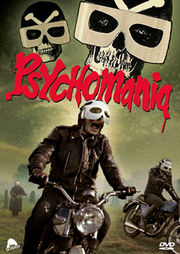