Piranha was directed by Joe Dante, written by John Sayles (The Lady in Red, Alligator) and produced by the great King of the B's Roger Corman. This film, being named after a rather nasty fish, clearly was meant to cash in on the great success of Steven Spielberg's Jaws. The main difference is instead of one killer shark our protagonists have to deal with dozens of man eating piranhas. 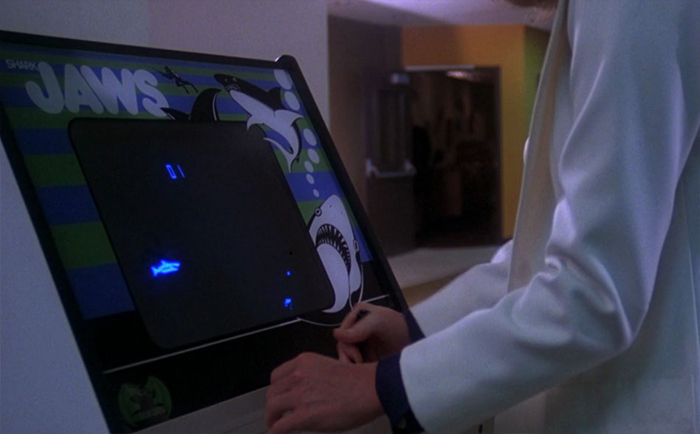 The full story goes somewhat like this: A mad scientist, Dr. Robert Hoak (Kevin McCarthy) created mutated piranhas for the military and the idea was to use them in the Vietnam War. Now, as they aren't being used for their original purposes, they are a threat to the people of a small town. There is a little more to be told about the story. It starts with teenagers being killed off by the piranhas and there is also a subplot about the lead's (played by Bradford Dillman) daughter. You can probably tell by my kind of vague summarization that this is a typical creature-feature. That being said, you should still give Piranha a chance. 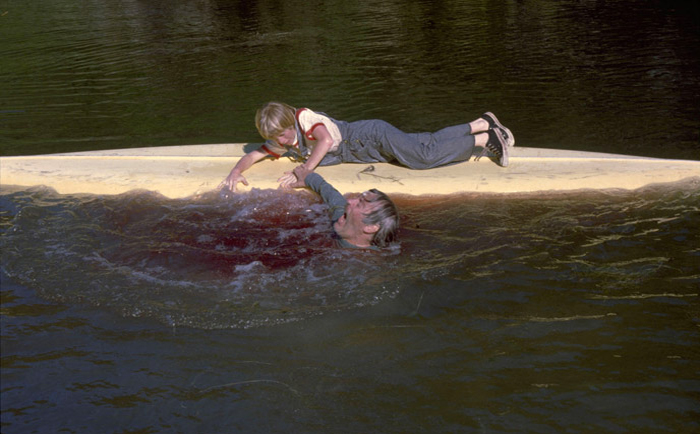 In one of the most memorable scenes, our two main characters enter the mad scientist's laboratory. Inside the lab we see a small stop-motion creature. This is a homage to legendary SFX artist Ray Harryhausen. The movie also shows an arcade game based on the movie Jaws in an early scene. Joe Dante once said that he saw Piranha as some kind of Jaws parody and this clearly shows in scenes like that one. What I'd also like to acknowledge is that the underwater sequences look great. I really like the look of the piranha attack sequences and most of the gore is really good. The worst you can say about the lesser scenes is that they look typical for a low budget Roger Corman production. 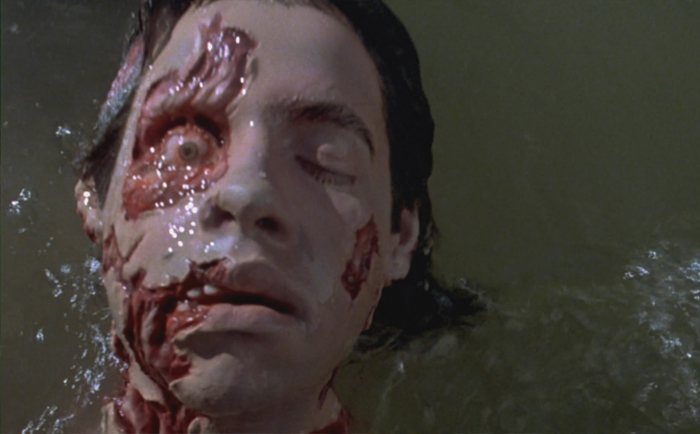 Next to Joe Dante, we also get other great names who worked on the film like Rob Bottin (The Thing) who handled the special effects (which are outstanding) and legendary horror film queen Barbara Steele who's part of the supporting cast. Most of the acting isn't all that great, but it sure is entertaining. Actually that is what you can say most about Piranha, it sure is one entertaining movie.