Phantom of The Paradise: Movie of the Spheres

If you're a film geek, sometimes, hopefully more often than not, you'll discover the kinds that put the zap on your brain and make you an instant fan. Well, Brian DePalma's 1974 cult classic horror-music-comedy PHANTOM OF THE PARADISE is one of those for me. Around 15-16 years ago I put on the TV in the background as I cleaned up my room. Then, it happened, this weird movie I hadn't heard of before was coming on next. I stopped what I was doing and sat down. The movie started and suddenly the familiar voice of The Twilight Zone’s Rod Serling began telling the story of a guy named Swan and his rock palace called The Paradise as the image of a dead bird spun slowly on the screen. Then a 50s style doo wop group appeared as the film's colorful title blinked like crazy. It was then I just knew this movie was going to be one of my favorites. Phantom of The Paradise was DePalma's follow up to his 1973 horror/thriller SISTERS (another favorite). Where that had been a low budget AIP produced exploitation film in the Hitchcock/Polanski style, Phantom was something much different as well as bigger and bolder. The stylized, heightened alternate universe the tale took place in was something out of a pulp comic book. The sly, fun references/homages DePalma made to other movies would be a precursor to what we'd later see from such popular genre filmmakers Joe Dante, John Carpenter and Quentin Tarantino.

William Finley plays Winslow Leach (his name and kind yet volatile personality was inspired by one of DePalma's old teachers/mentors) is writing an epic music cantata based on the legend of FAUST. Winslow is no dummy and tries to get the attention of famed music producer Swan (Paul Williams) by performing one of the songs for him live. He doesn't know that Swan is actually a diabolical louse, and that he plans on stealing the music for himself. Days later, Winslow meets a young beauty named Phoenix (Jessica Harper, Suspiria) at the casting call for the big production of his musical odyssey at Swan's large mansion. When he tries to meet with Swan about it, he is cruelly beaten up and thrown in jail. A depressed Winslow later hears one of his songs being sung by Swan's band The Juicy Fruits on the prison radio and he goes crazy. In a rage, he breaks out, heads to the record plant and tries to destroy the place. Unfortunately, he slips and falls into the record press causing a terrible facial burn. Winslow eludes the cops by jumping into a nearby lake and is assumed to be dead by authorities…but he’s not! He then steals a strange bird-like costume from Swan's new music club “The Paradise” and sets out to get his revenge as "The Phantom", striking fear into anyone that dares to sing his music! 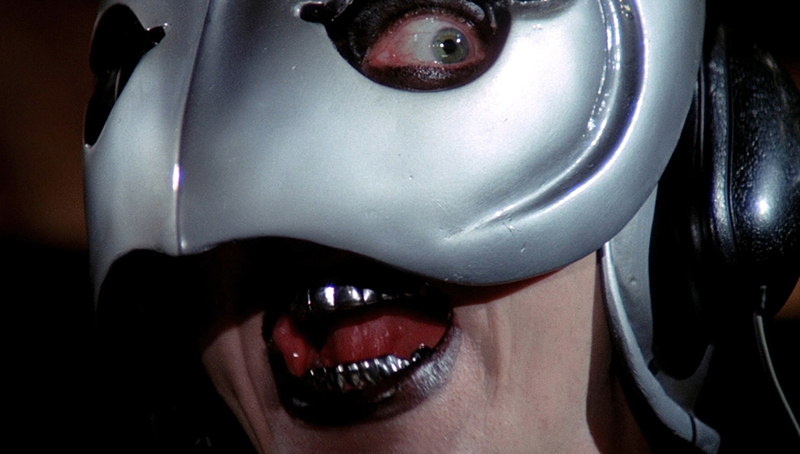 At the time the film was made, bands such as KISS, Alice Cooper, T-Rex and David Bowie were very popular. Brian DePalma used much of the aesthetics/sound these groups had for the musicians that performed. He also infused the retro sound of Sha Na Na (The Juicy Fruits) and The Beach Boys' surf-pop (The Beach Bums) into the mix. The story itself was a cool blend of the classic tales The Picture of Dorian Gray and of course The Phantom of the Opera. DePalma's own love of movies and personal gallows humor made the movie something very unique and offbeat.

Sadly, Phantom of The Paradise wasn't a big hit when it came out, and a year later another movie with similar themes was released called The Rocky Horror Picture Show which, as most know, went on to be a massive pop culture/midnight movie milestone. Personally, I love Phantom more than that film. From the story to the characters to the direction to the music. It should be said, Phantom actually isn't a musical in the traditional sense. There are musical performances but they're part of the story and not random numbers that come up out of nowhere. The soundtrack by composer/singer/songwriter/actor Paul Williams is a major highlight. It's just brilliant work that acts as a commentary on the music of that era and also the tragedy within the story.

A year or two after I first saw Phantom (during which I was raving about it to friends), I noticed it would start coming up more and more in conversations I was having/seeing online. Before I knew it, it had a total resurgence in popularity and would inspire the PHANTOMPALOOZA Film Festival in Canada and be championed by all kinds of filmmakers and other movie fans like myself. 40 years after its release, I'm very happy to know that PHANTOM OF THE PARADISE, that odd little gem I discovered/became a fan of one day on my TV years ago is now as loved/known as THE ROCKY HORROR PICTURE SHOW, its cinematic cousin. 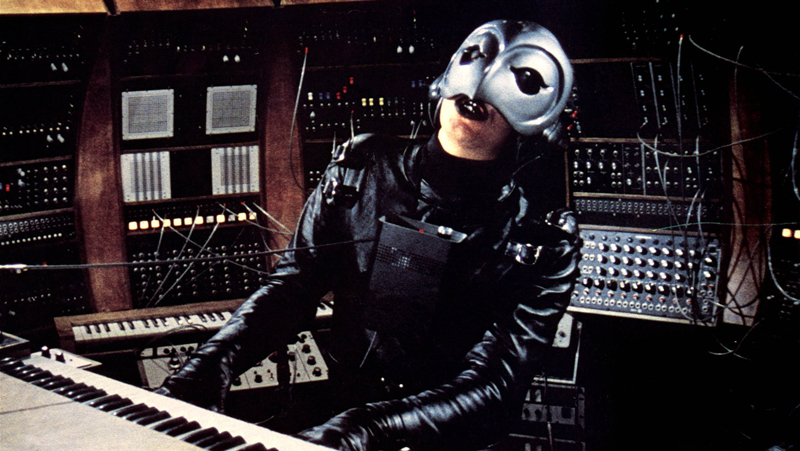