< One Million Years BC 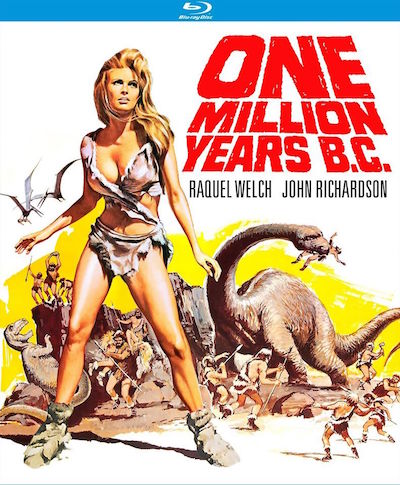 Synopsis: In this vivid view of prehistoric life, a man from the mean-spirited Rock People (John Richardson) is banished from his home, but soon finds himself living among the kind, gentle Shell People. There, he falls in love with one of their tribeswomen, played by bikini-clad Raquel Welch, in the role that made her a major star. The two decide to strike out on their own, living by their wits in a deadly land of treacherous beasts and unknown dangers - all leading to a thrilling climax by the edge of an angry volcano. With stunning primeval imagery created by pioneering special effects wizard Ray Harryhausen, One Million Years B.C. is a true science fiction classic.