Review of Oasis of the Zombies 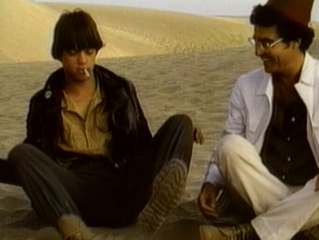 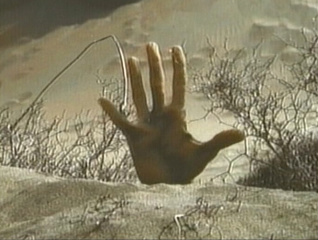 Oasis of the Zombies was originally credited to director A.M. Frank, but, after much debate, it was determined that this was a pseudonym for exploitation legend, Jess Franco. The man has recently confirmed this fact himself, and now admits to the rare act of filming the movie twice, both in French and Spanish. The two versions shared some footage but utilized different casts for minor characters. The Spanish version (La Tumba de Los Muertos Vivientes / The Tombs of the Living Dead (1983)) has not yet been released in North America, but does play often on Spanish television.

Oasis is a rather slow paced movie about a group of young college kids using their holiday to search out Field Marshall Erwin Rommel's hidden treasure. A former SS soldier is also looking for the treasure and both parties find the gold guarded by flesh eating Nazi Zombies who rise from the dead and attack anyone who would attempt to steal their loot. Don't expect much splatter, apart from a scene where a girl gets her guts ripped out. Besides that scene, this low body count film would be best recomended for Jess Franco completists only.

Overall Oasis is for Franco fans only. I tried to like it, but it's just so damn hokey and boring.