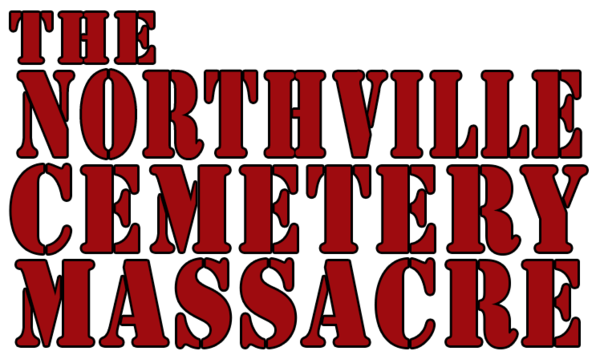 This movie really flew under the radar and out of all of my years of hanging out at Times Square and seeing just about every grindhouse film around, this was a first for me. "Northville Cemetery Massacre" was surprisingly good too.

The movie starts out with police busting a biker gang and dragging them to jail for not wearing helmets. The gang makes themselves at home in jail and starts rolling joints. Bill Dear told us that they used real marijuana in this scene and they filmed this shot in an actual jail too. Anyways, they're finally released and have a party, which the cops decides to break up. The two main characters of the film are boyfriend and girlfriend and decides move the party to a nearby barn for a little roll in the hay, when suddenly the police break into the barn, knocks out the kid and rapes the girl. The cop tells her that if she tells anyone then he would kill her boyfriend and wipe out her family. She is then sent to a local hospital where the officer who raped her tells her father that the biker gangs were the ones to blame for the raping of his daughter. He then convinces the father into helping the police put a stop to the gang by killing them. The bikers are picked off one by one and they then believe that it could be a possibility that it could be their rival gang. 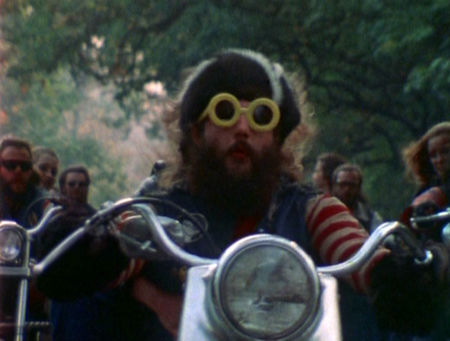 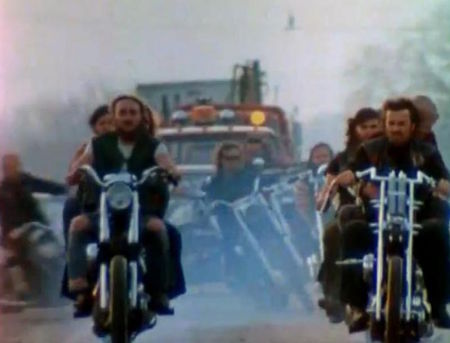 They then meet up with their rivals and begin getting plucked off by a sniper. Both gangs decide to join together and get firearms to help get their killer. The girl finally tells her boyfriend that it was the cop who did this to her, but just then another biker is killed. They then go to the cemetery to bury their biker bro when all of the sudden the bikers are gunned down by the father and the cops from a helicopter. They land the helicopter to make sure that all of them are dead. They wound the young kid but he crawls to safety. Just then the girl shows up to the graveyard and tells her father what really happened. Before he could react, the cop kills her father. The kid finally gets his hands on a gun and aims it at the cop. Just then the cop aims his gun at the kid and the movie ends with the both of them with guns drawn on each other. The audience yelled at the screen the entire time that the film was on and got a positive reaction from the Los Angeles Grindhouse crowd. With a decent amount of blood, violence and some Tits and ass, this movie gets the gold.