Night of the Living Dead/Review

Night of the Living Dead was originally shot in 1967 on 35mm black and white, with a budget of approximately $14,000. A team of perfectionists who had a background in commercials and industrial shorts made the film. They put everything they could possibly muster into making the best possible low budget independent horror tale they possibly could. 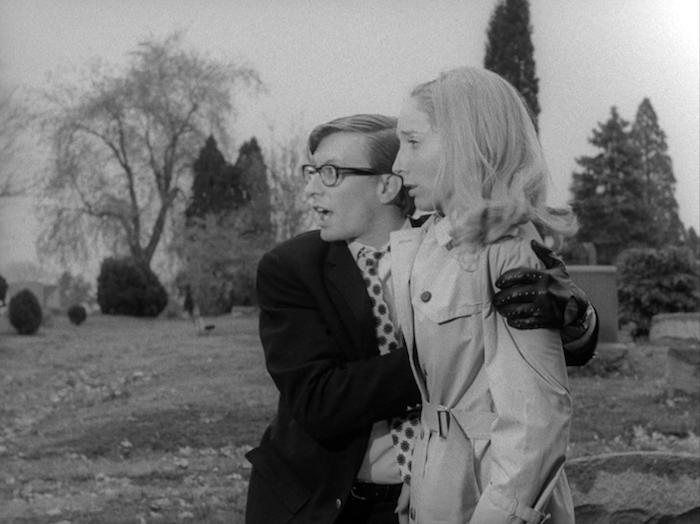 The influences of Carnival of Souls and The Flesh Eaters are well known. In fact, Stephen King discusses them briefly in the brief little intro he wrote for the definitive DVD version anyone who calls himself a fan of horror films should have in their collection (that would be the Elite Special Collectors Edition). What's rarely discussed in regard to Night of the Living Dead however is the obvious influence of the wonderful British import called Fiend Without A Face (available in a beautiful --though not cheap-- Criterion disc). Fiend's climax of the "flying brains with tails" who want to suck out their victim's spinal chords crashing through boarded up windows looks and feels like two of the most memorable zombie attacks in Night of the Living Dead. The other big influence on the film was Roger Corman's Day the World Ended which was an ultra-cheap film shot in 9 days and used the idea of a group of people trapped in a house as they are attacked by mutated humans. It was made in 1956. The creators of Night of the Living Dead used all of these ideas and created a brand new powerful concoction. In fact the film became much more than the sum of its parts and went beyond even what its creators originally intended. I'll explain this shortly. 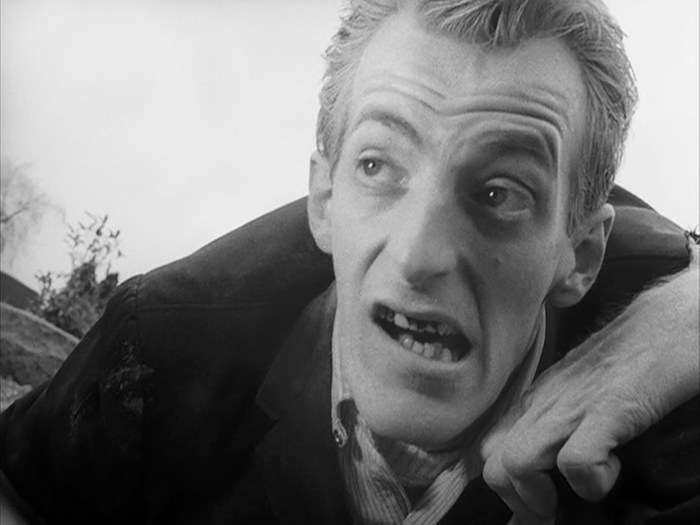 It's too bad that a few generations of film-goers may not easily understand how truly frightening and groundbreaking 'Night of the Living Dead' was to audiences in 1968 and throughout the early 1970's. It created a whole sub genre of films. Not just flesh-eating zombie movies, but films where trapped protagonists don't always win and films where political subtexts and messages are slipped into the proceedings (racism). The roots can be found in the 1950's with Howard Hawks' original The Thing From Another World, and Don Siegel's Invasion of the Body Snatchers (McCarthy Era), but Night of the Living Dead (even with the slight explanation that a Venus space probe might have somehow caused the zombies to get up and party) deals not with alien forces overtaking humans, but humans fighting themselves and soul-less versions of themselves for survival. Writer-Producers George Romero and John Russo have said often enough they weren't consciously making an outright political statement with the casting of the black Duane Jones (Ganja & Hess) as the lead character, nor with how the film ends-but political statements were made very loudly regardless. First and foremost, the part was not completely re-written when Duane Jones took over the role that was written as a tough macho white truck driving man. Jones' softened the macho elements a bit and re-wrote some of his lines, but he stepped into a role not written to be played by a black man and was not re-written to accommodate an African-American. It was a very big deal in 1968 when the film was released. This was not an obvious overly written message picture like the god-awful 'Guess Who's Coming to Dinner'; this was a low budget, horror flick, made by people who made commercials for ad agencies in Pittsburgh, Pennsylvania. It quietly made an important statement. Romero, Russo and producer Russell Streiner didn't think all that much about the casting of Duane Jones because they had been casting jazz musician friends and others in their commercials whenever they could anyway. 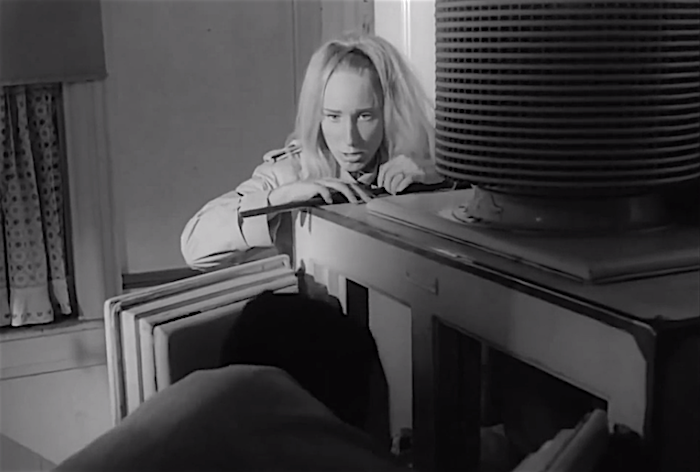 George Romero forever changed the movie business with 'Night of the Living Dead'. The studio system that died in the 1950's was supplanted by a TV obsessed entertainment business controlling the media from California and New York. The movie business in Hollywood and New York was dying because it failed to connect with the important young audience. 'Night of the Living Dead' proved anyone was capable of making a movie anywhere in the country. The film inspired hundreds of independent filmmakers around the world in addition to forever changing the face of the horror movie. 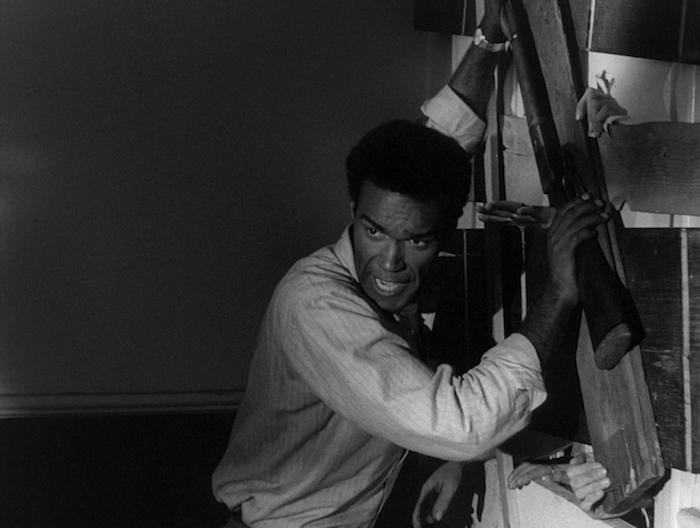 I never dreamed that anyone would be talking about 'Night of the Living Dead' as a classic, groundbreaking almost 'good for you' kind of film when I first snuck in to see it as a teenager in the early 1970's. It was considered an extremely gory and inappropriate film for any child to see. It played drive ins and grind houses on its first run (in 1968). Then many communities refused to allow it to be shown. Some censored it, others turned into a midnight cult film. It became bigger and more celebrated with every Halloween release throughout the early 1970's. The black and white film's few gory scenes are still a bit disturbing for the extremely squeamish (but an episode of CBS' CSI is more gory than this film is). The Texas Chainsaw Massacre and The Last House On The Left were it's bastard stepchildren. The Italians began to rip it off incessantly first quietly with Cannibal films and then outright with Lucio Fulci's Zombie movies. Romero went on to make other films like The Crazies and Martin, but none got the attention of 'Night of the Living Dead'. He didn't make very much on the film, the distributors were somewhat crooked and there never seemed to be any profits and then there was question about its legal copyright and maybe it was a public domain film. There was big fallout between scriptwriters Russo and Romero and they split up the idea. Romero re-launched, modernized and updated the film magnificently with Dawn of the Dead in 1979. And after the release of that film the zombie films kept coming and coming. Some of the good ones included: the campy Return of The Living Dead (not Part 2 puhlease, and Yuzna's Part 3 is passable), and dead influenced The Evil Dead, to Peter "Lord of the Rings" Jackson's Dead Alive a.k.a. Brain Dead). Romero's third Dead film Day Of The Dead which was originally intended to be a generously budgeted feature, saw it's ambitions and budget squashed. It is still one of the best Zombie films made. 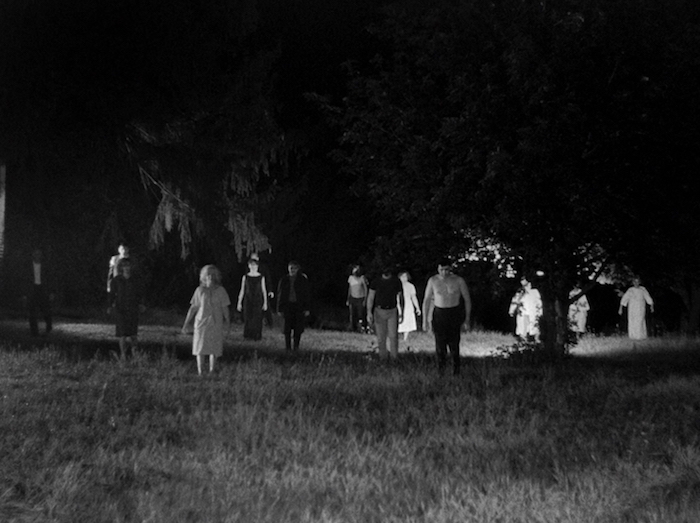 But there's a one of a kind never to be equaled quality to the original. Despite it now approaching the 50 year-old mark and looking less frightening to newer generations, images from Night of the Living Dead remain forever imbedded in the brains and memories of all who see the film. Some of these images were truly shocking and the stuff of nightmares once. The film is still loaded with atmosphere, style, classic scenes, memorable dialogue and more. 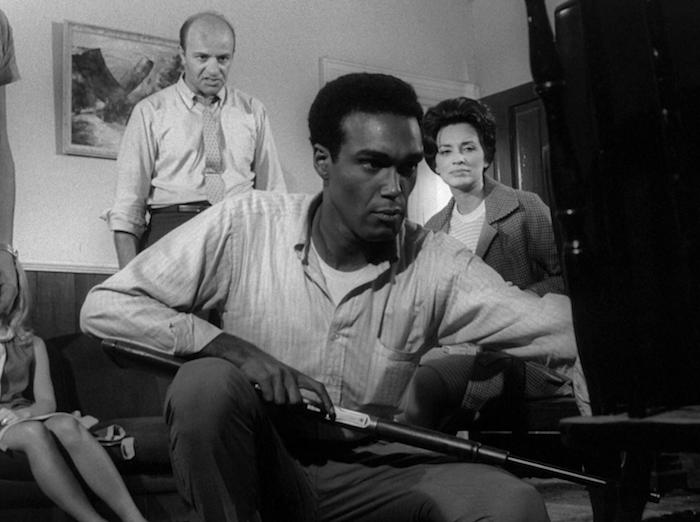 On one level, the film will always remain as simple and spare a horror film, as you could ever want. Barbara (Judith O'Dea) and Johnny (played by one of the film's producer's Russell Streiner) are paying their respects to a parent in the graveyard when suddenly Johnny is attacked and killed by a zombie and Barbara runs screaming. Eventually she hides in a nearby farmhouse. When she discovers the horrible corpse at the top of the stairs, she goes into a state of near catatonic shock. 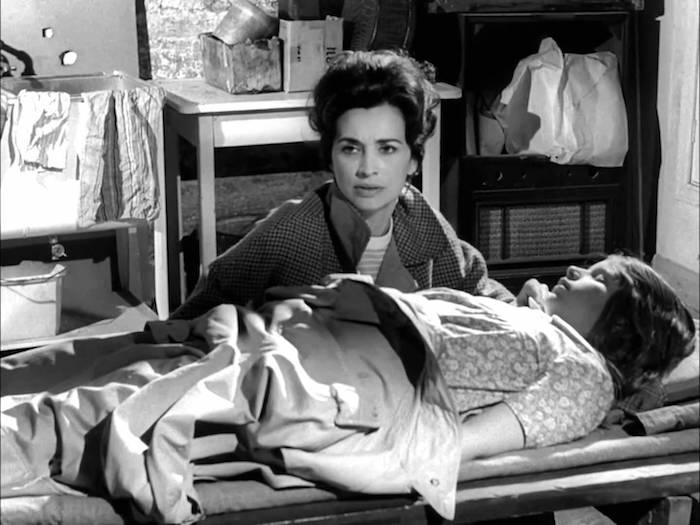 Meanwhile, Ben (Duane Jones) runs into the house fleeing from zombies that were trying to attack him. It's getting dark and dangerous as more and more zombies seem to gather outside the house. Ben boards up the windows and protects both Barbara and himself from the hungry, flesh eating zombies that want to get them. Then the people who were hiding in the basement come up to meet Ben and Barbara. They include the young couple, Tom and Judy (Keith Wayne and Judith Ridley), and a family of three, Harry and Helen Cooper (Karl Hardman and Marilyn Eastman) and their injured daughter Karen (Kyra Schon). Harry is a frightened control freak jerk who believes everyone would be safest in the basement. He also nearly gets Ben killed when he decides to be scared to help Ben out when the zombies attack and nearly kill him. Conflicts and tension among the trapped humans mount as the Living Dead grow in number, become more restless and hungrier as the night goes on. There is prejudice, there are power plays, and there is jealousy. The film is set up quickly and simply. It builds to a horrific climax and along the way there are a series of shocks and scares. It's claustrophobic. The sense that anything can happen builds until the impossible is accomplished the leading man not only doesn't save the damsel in distress in the last reel the good guys don't win at all !!!! 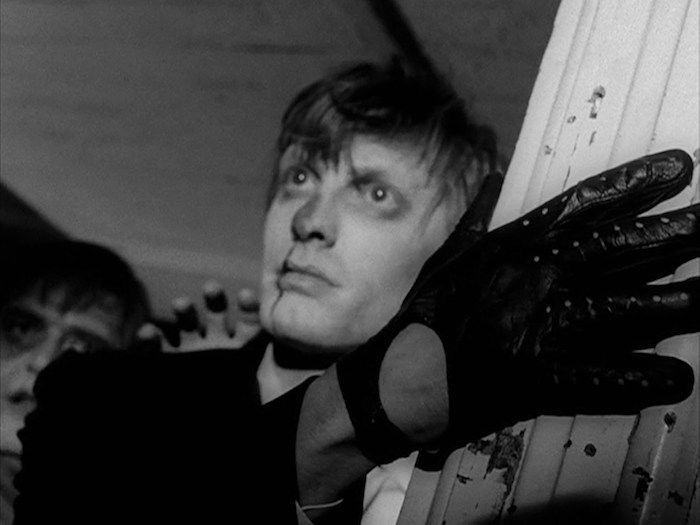 Another important element is how the media is seen depicting events in the outside world via black and white local news telecast seen on an older black and white television set. It sets the film forever in the late 60s, but the dating of the film should be seen as an important element of the film-it has be set in the times it was, because of the powerful messages about human nature it is making.

You can enjoy the film simply as a somewhat dated but still effective horror film or you can discover the films subtexts, ideas and appreciate the groundbreaking and original chances it took.