The Scorpion saga continues, or starts again from the beginning, three years after Meiko Kaji left the series. Yumi Takigawa (School of The Holy Beast) stars as the new Nami Matsushima, a woman betrayed and sent to prison.

The new crew have thankfully refused the temptation to deliver a direct remake of the original Shunya Ito classic. Director Yutaka Kohira, who worked as an assistant director for some of the earlier installments, is not in the league of his predecessors but is still very much capable of delivering a solid pinky violence movie. The new introduction sequence is rather good and the casting isn’t bad. As soon as you can stop comparing the new players to the old cast you’ll find a lot to enjoy. Especially the prison staff, including Rinichi Yamamoto as the warden and Kinji Takinami as one of the guards, features several great characters. 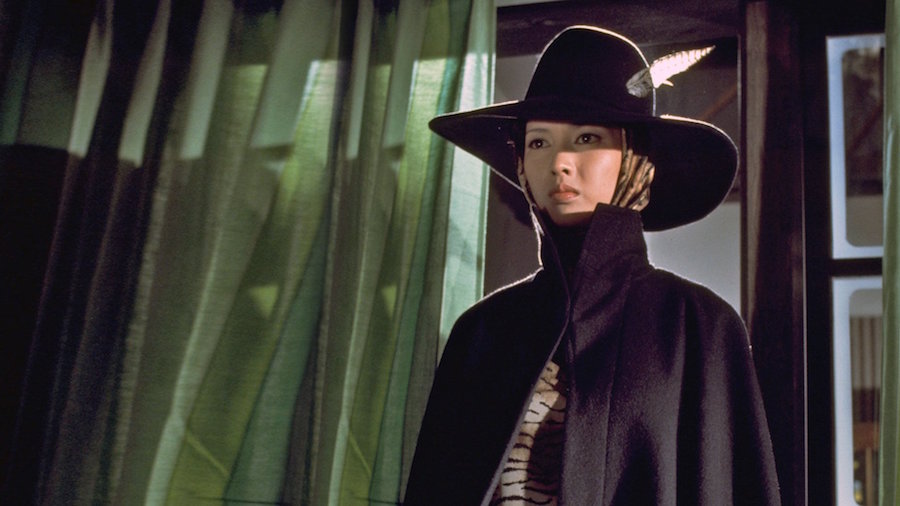 Audio-visually the film has a lot to live up to. The outcome is not too bad. The visual department offers some stylish images throughout the film, and the funky soundtrack (including a new theme song) works. Sex and violence have been toned down to some extent, though. There’s a bit of nice ultraviolence near the end, plus the compulsory shower scene, but that’s pretty much it when it comes to daring content. Certainly surprising from a mid 70’s women in prison film.

Most of the film’s problems appear during the middle part. The main character goes through a rather dull humiliation process, similiar to what we saw in the original film. Only this time the director is a bit less talented and doesn’t have the exceptional eye for details that Ito had. Yumi Takigawa’s work is interesting to follow, especially since silent roles suit her well, but she’s still no match to Meiko Kaji. From a fan’s point of view the film however remains interesting, even if not quite exhilarating, during the weaker parts also.

Regardless of how much you enjoy the middle part it’s worth enduring as the real twist comes only near the end. The last 20 minutes is pure pinky violence perfection. This is where the images, music and and performances all come together. Above all, this is where the whole saga comes together, and a certain circle closes. The use of the Sasori mythology is first grade. For a fan of the series this was such a satisfying conclusion that my eyes were nearly watering. The film truly earned it’s existence.