NOTE: THE FOLLOWING REVIEW IS OF THE EDITED VERSION: In the small Canadian coastal town of Valentine Bluffs, a legend has haunted the people who live there. An accident claimed the lives of several mine workers. One man lived. His name was Harry Warden. Harry became disgruntled and psychotic and began killing people on Valentine's Day, and was later committed to a mental hospital. Now decades later, the town is planning a new Valentine's Day party. Meanwhile, Jessie "TJ" Hanniger (Paul Kelman) has just arrived home after being away in California for a spell. He feels like a bit of an outsider and must try to win back his estranged girlfriend Sarah (Lori Hallier) who is seeing a new guy named Axel (Neil Affleck). Naturally, TJ and Axel don't like each other and they fight over Sarah's affection. One day the town's sheriff, Chief Jake Newby (Don Francks) receives a special Valentine's Day package. Its a bloody heart with a note warning him about the upcoming Valentine's party. He remembers what had happened all those years ago and knows something's really wrong. The town's launderette owner Mabel (Patricia Hamilton) finds a box of valentine's candy on her table. When she opens it she sees, yep you guessed it: a bloody heart. This is where we are introduced to the Miner Killer/Harry Warden who sounds like Darth Vader as he breathes heavily under his creepy mining mask (theres a nice trademark slasher film POV shot here). After Maude is killed by Harry and the police find out, Chief Jake cancels the town's party and tells the kids and everyone else to stay inside. He knows Harry Warden is back for another bloody Valentine's Day murder spree. Since the kids know they won't be having the party in town, they decide to just keep things quiet and go down to the mines to get their party on. The only problem is, they don't know that Harry Warden will be crashing the party with his pickaxe... 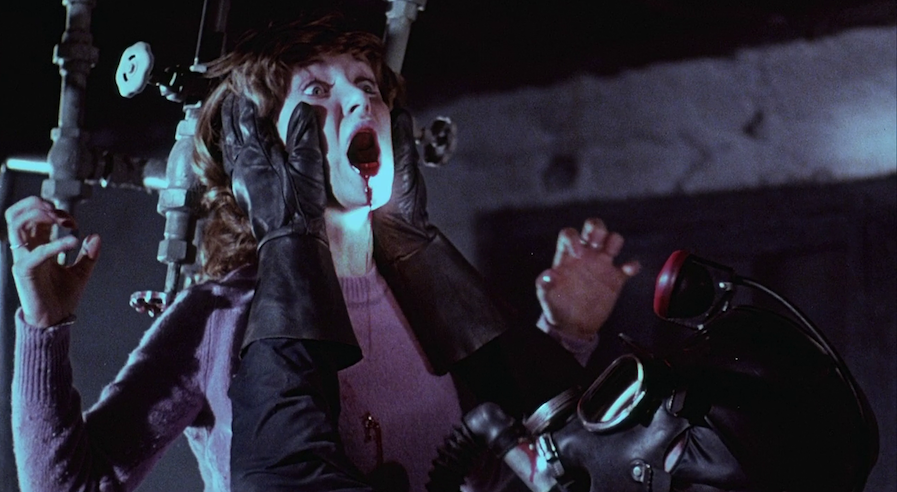 Being an avid fan of slasher films, I've seen a lot of them over the years. The standard slasher usually has a very rigid structure. There's a story set up about someone who was done wrong and then they exact bloody revenge on unknowing young teenagers who are having sex and drinking etc. They take place around summer camps or fraternities. That's basically the typical slasher plotline. So what you end up doing when you watch these movies often is look for unique qualities that set each of them apart from the others. With My Bloody Valentine, it's definitely the goofy Canadian humor (love those accents ay?) and atmosphere that makes it special to me. Another aspect of the movie that's offbeat is the fact it's not gory or overly bloody. In fact most of the kill scenes we don't really see anything. It relies more on trick shocks. Although what it does show comes off as brutal. That puts it more in the tradition of the first Texas Chainsaw Massacre which was also made without showing lots of blood and grue. Both these films weren't as explicitly gory like the Friday The 13th films tended to be. I'd say My Bloody Valentine is sort of like Friday The 13th's more polite Canadian cousin. Still, in the world of 80s slasher subgenre films, My Bloody Valentine is one of the most beloved. Once you watch it, you'll know why ay? 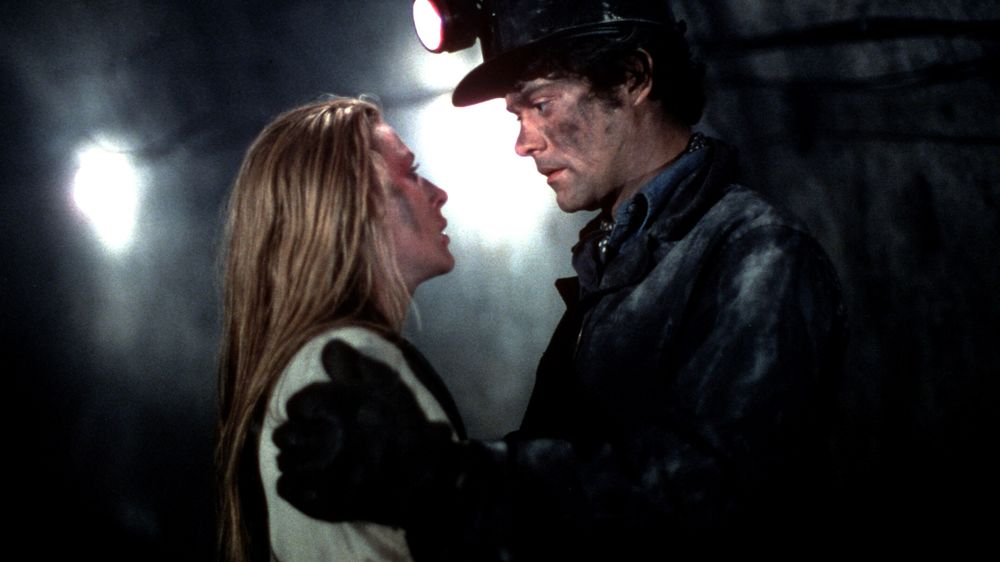 The uncut film has been released on Region 1 DVD and these deleted scenes have finally been added in: