Moonrunners (1975, USA) is a Crime film directed by Gy Waldron. 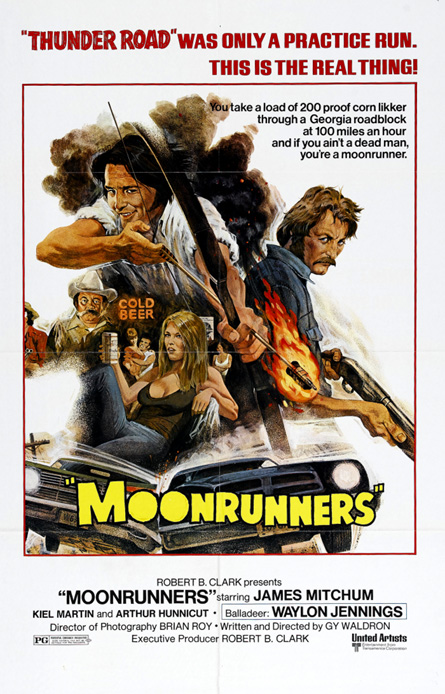 Waylon Jennings is "The Balladeer", who provides the voice narration and guitar background music to the proceedings. Moonrunners an action-comedy about two good ol boys named Grady (James Mitchum) and Bobby Lee (Kiel Martin) They run white lightnin' for their Uncle Jesse (Arthur Hunnicutt) to support themselves. They also work part time for Jake Rainy (George Ellis) a local businessman. The local Sheriff is always tryin' to mess with the boys which results in a lot of car chases and crashes. There are a couple of moonshiners named Cooter (name sound familiar?) and Zeebo, who are trying to knock down Grady and Bobby Lee.