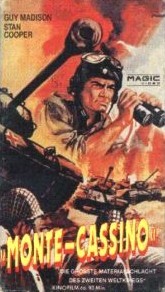 The blending of genres that Spanish director J.L. Merino attempted (to great effect) with his Requiem para el Gringo in 1968 (western/gothic horror) was repeated a year later in his The Battle of the Last Panzer (Battaglia dell'ultimo Panzer), this time mixing the war genre with the western. The story involves a German tank crew cut off behind their lines, trying to reach their battle lines in their lone panzer.

Once again Merino adds several unconventional touches. For starters, the protagonists are a German tank crew. The French resistance look and act like a mean bunch of cutthroats. There's one scene with really offbeat color filtering (mostly red) and strange angles, with lots of killing and death when the Germans battle it out with the resistance. Plus there's the spaghetti western music and imagery that more than once pop up. The dusty town resembles a wild west town, and several longer scenes take place in a saloon type bar. The movie was shot in the same location (Colmenar Viejo, Madrid) as Django and a few other westerns. Notice also the inclusion of a few PoV shots from the barrel of a gun, something seen ever so often in Italian westerns as well.

Especially the duel at the end deserves mentioning, with two tanks taking shots at each other from point blank range. Totally unrealistic, and confusing as hell since both tanks look the same, but it's exciting nevertheless. Also, in the best Spanish/Italian fashion of the period, there are some real sultry scenes between the beautiful leading lady, the lovely Erna Schürer, and the male cast. And what a magnificent sight of her standing upright in the turret of that big tank, dressed in a summer skirt: a blending of female sexuality and male phallic symbolism? 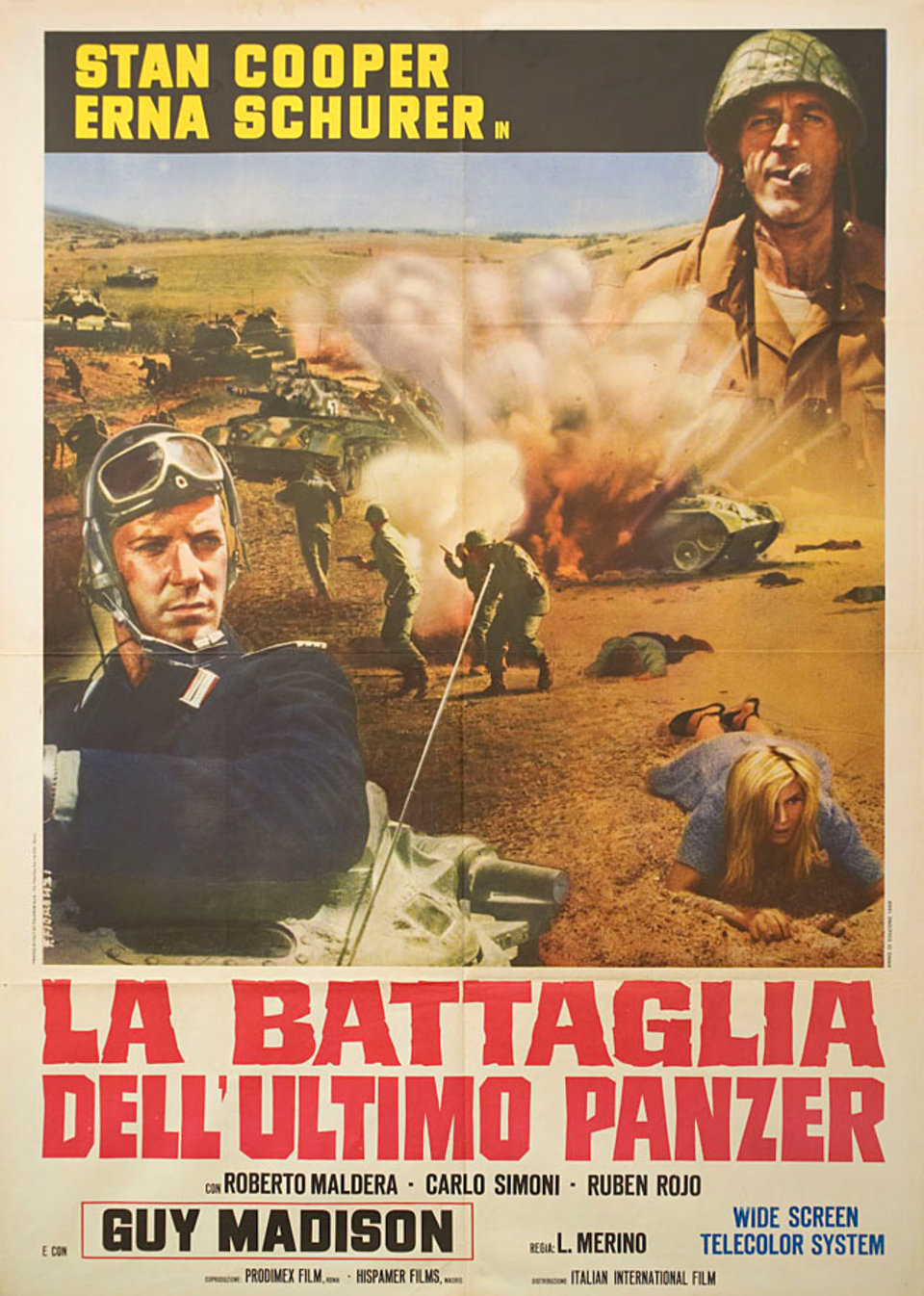 That being said, the movie has plenty of shortcomings and cliches. For war movie buffs focused on authenticity it is a real horror since the uniforms and equipment are way off (post WW2 tanks and American uniforms and rifles that don’t even come close). For me personally, it does cost a war movies some points but it doesn’t disqualify it by default, as plot, acting, cinematography, action, atmosphere etc should also carry weight. And critics always seem to forget the shoestring budgets the directors usually had to work with, plus these were simply shot in a different era with a less demanding audience with regard to authenticity. Saving Private Ryan and Band of Brothers changed a lot in this respect, setting a whole new standard, but it would be wholly unfair to hold these sixties movies to the same standard. Another problem for action-oriented viewers might be that the action scenes are sparse and low-key. It starts with a tank platoon being caught in an American ambush, but this scene is rather lacking because the German tanks are knocked out too fast, too easily, and the low budget shines through with the Americans only a platoon-sized squad with a single anti-tank gun.

As of now, there’s no good (remastered) English language DVD available, but for those willing to give it a try it might be interesting to know that the low budget VHS quality German DVD has an English sound track (if I remember correctly!), although it is not mentioned on the box. It is released under the title ‘Monte Cassino’, which is really dumb since the movie is supposed to take place in France while Monte Cassino was a famous battle in the Italian mountains, slugged out by infantry with no significant role for armor.

2008 review by Durango, republished with permission.