In this installment of producer Harry Novak's "Country Corn Porn" franchise, (I've got to thank Johnny Legend for coining that term) "Junior" (John Tull) is a country bumpkin who hitch-hikes his way to a big life in Hollywood. Within the first few minutes of the movie (In what's supposed to be set in Mississippi) Junior is already set for what kind of adventure he's in store for when being picked up a horny blonde who strips both herself and the clueless Junior in front of her gun-toting, driver boyfriend! Upon arrival in Hollywood, Junior gets guided to a brothel---Which he thought would be just a normal place to stay at...But even Junior's clueless when it comes to what the definition of "Prostitute" is! Once the Madam (Nan Cee) asks if he would like to purchase one of the girls, Junior flips out thinking that the women can be purchased the same way as cattle! All of the girls soon fall immediately in love with Junior's mindless,child-like behavior and end up taking the guy to one of the rooms to sexually devour the cute little redneck (I'm sure John Tull would probably rank this film for being one of his favorites due to this scene) Even though he just got a taste of five women (At once!) Junior feels the most for the redhead, Bernice (Debbie Osborne) and a relationship between these two will start to grow. But first, Junior would like to volunteer for work at this place when the co-runner of the escort service, Herb (Jack Richesin) hires Junior to be the chauffeur for Herb's new idea called "Rent-A-Fuck". What Junior will do is drive a van place to place to either drop the girls off at a desired destination, or the clients will plant themselves in the back of the "love cabin" in the van for some fun. A little friction suddenly develops when the Madam gets a warning that the van will be blown up if it ventures into rival territory once more. 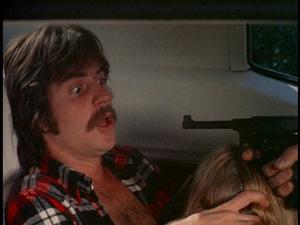 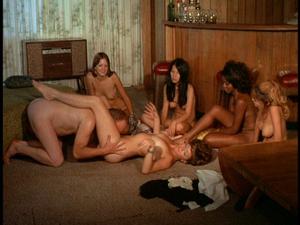 Even though the film runs just a little shortly over an hour, and with very minimal emphasis on story, I still find this to be one of the more better of the southern soft-core flicks. This probably has a lot to do with the opening frames of the movie. The title track, "Midnight Plowboy" might be the most catchiest of BIP's softcore theme songs that I've yet to hear so far. I also love the how John Tull is (literally) walking over the opening credits (since they're all written out in chalk on the pavement) similar ideas like this was also done for a few of Novak's other hixploitation/sexploitation films like Tobacco Roody and The Pig-Keeper's Daughter. I always seem to welcome any movie that goes through this clever effort with their credits! Another thing that really helps keeping this film alive is John Tull's performance. Though I would've preferred to see more of Junior's "Fish out of water" act throughout more of the movie, what remains on the screen is good enough. Towards the end of the movie, not much seems to stand out the way the first half did. But again, the short running-time probably benefits from this before anything really monotonous starts to happen. So thank god the film comes to an end before we get into tiresome territory.