I never got into the Vampire subgenre. As far as I know, the only Vampire movie that I've seen and like is Dracula A.D. 1972 which is pretty cool. Also, the recent Twilight craze sickens me, not only is it fricking boring but the newer generation have no idea what a "vampire" looks like. There's even some teenagers who have given Bram Stoker's Dracula 1 star because "it looks nothing like Twilight". Anyway, I just watched one of the most awesome vampire movies I've ever seen in my life. It's Martin, which not only questions the true identity of vampires but shows us the one of the saddest characters in a horror movie: Martin himself. 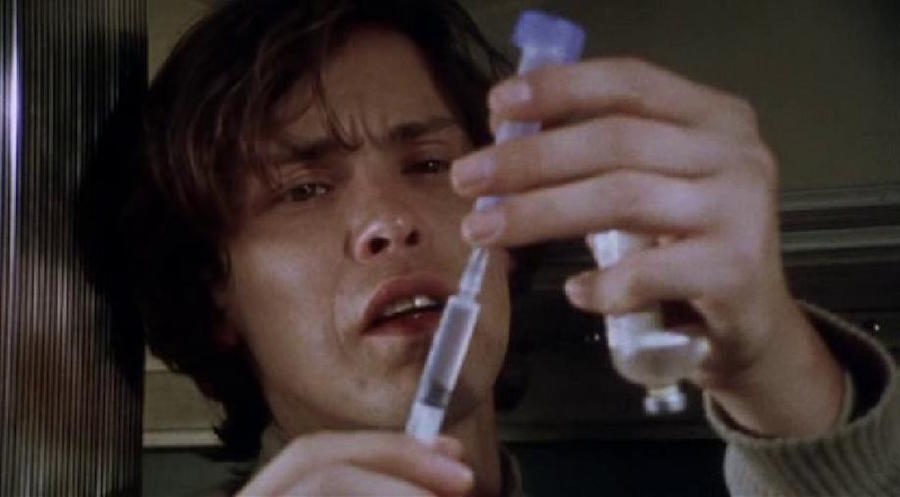 Martin (John Amplas) goes to live with his older cousin, who believes that he is a vampire. Martin has to get through lots of things as his past is slowly revealed to us. I mean, this is one of those films that I can't explain unless you've seen it before because there are strange things that happen and makes us suspicious about Martin. Just look at the first scene, he breaks into a young woman's cabin on a train. Then he injects narcotics into her body, slices her arm with a razor blade and drinks her blood. It makes the audience wonder why he has to do this. Is he a real vampire? Later, we find out that he's not a "traditional" vampire since garlic, mirrors and a crucifix at his cousin's house does nothing to him. Next, Martin's cousin tells us about his history. He shows Martin a family photo that was supposed to be taken in the 18 or 19th century. At this point I was really confused about Martin's identity, but at the same time it urged me to find out about his fate in the end.

Since this is a George Romero film, most of characters have an ambiguous morality which leaves the audience thinking that these people may deserve to be killed by Martin...or not. For example, one of Martin's victims is a middle-aged woman who cheats on her husband by sleeping with another man. Yet another interesting aspect about this film is the social commentary. Not only does the film talk about religion (since I'm not Christian, I don't think I should talk about this), but also satirizes radio DJs. Martin is confused and depressed about his life so he calls the local radio DJ to talk to him. Unfortunately, Martin tells the guy that he's vampire so the radio show's ratings keep going up and up. While Martin is actually sad and hopeless, the DJ thinks that the whole story is just a joke and that's pretty sad. 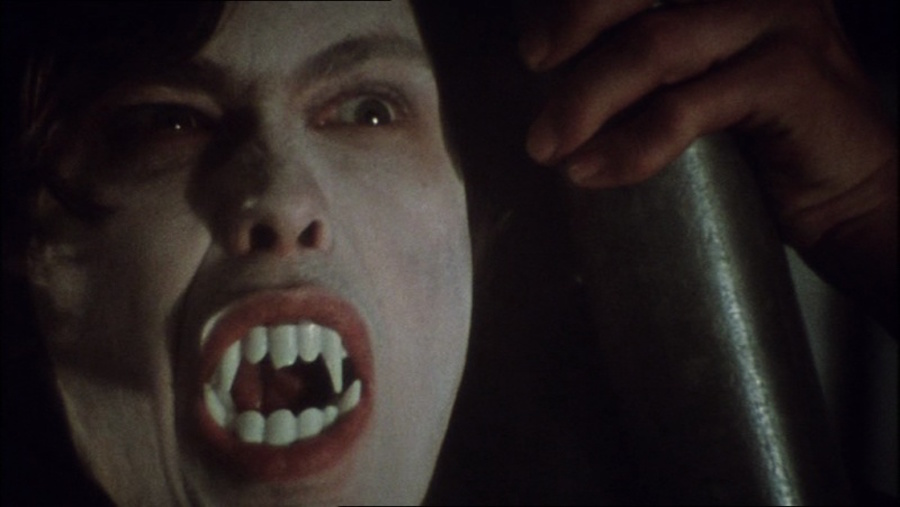 Martin's story is also told from two perspectives. First, it has Martin struggling in the modern world, which is represented in color. Then the picture in Martin's mind that is told in Black and White (I'll call this "VampireVision"). Most of stuff we see in VampireVision are the things that Martin sees, but clothes and objects are shown in 18-19th century renditions which means that either these things actually happened to him before or this is just how he interprets the world.

I can't really sum up this film easily. Seriously, Martin gave me a really unique film experience. While I'm still not sure if he is a vampire or not, I AM sure that this is one of the best low-budget horror movies of all time.