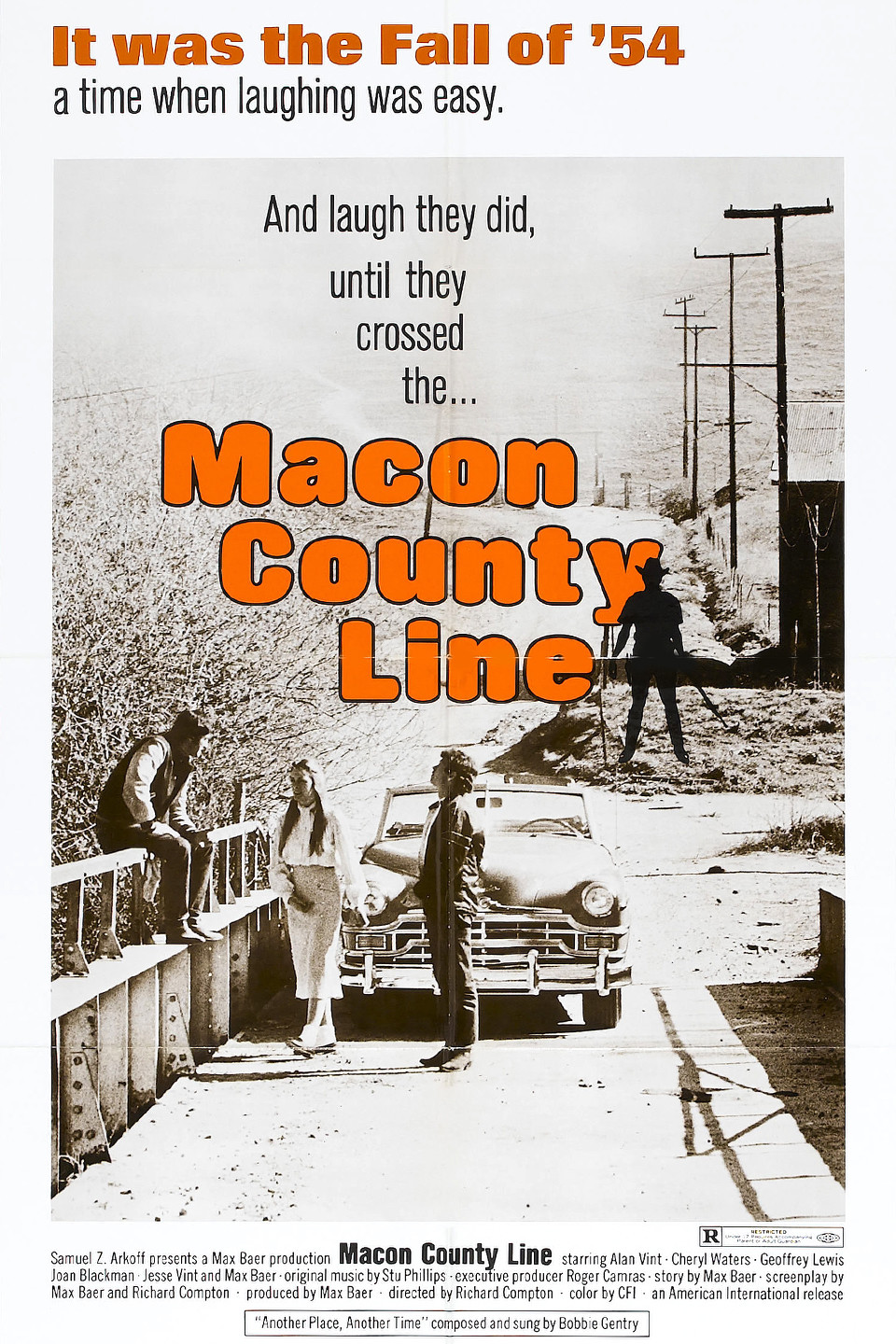 A southern fried thriller based on a true story, set in 1954 Georgia. Max Baer (Jethro on 60s TV show The Beverly Hillbillies) produced and wrote it. Bobbie Gentry sings the theme song. Two brothers, Chris (Alan Vint) and Wayne (Jesse Vint) are traveling through the South along with an attractive female hitchhiker named Jenny (Cheryl Waters). They innocently wander into a small Georgia town and are falsely accused of murdering the wife of a twisted police deputy, Reed Morgan (Max Baer). Pretty soon they find themselves in a fight for their lives. Max Baer is at his best. A very bloody film! Followed by a semi-sequel: Return to Macon County (1975).