Legend of The Eight Samurai

Legend of The Eight Samurai (1984, Japan) is a Chambara film directed by Kinji Fukasaku. 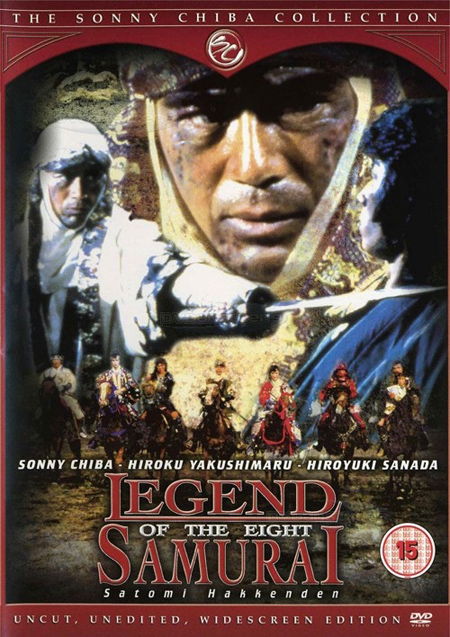 The story follows Princess Shizu (Hiroko Yakushimaru), her family slain and on the run from her enemies. As she escapes she is found by the vagabond Shinbei (Hiroyuki Sanada), before being rescued from her pursuers by Dōsetsu (Sonny Chiba). He tells her the legend of a curse on her family, and of eight beads that identify eight dog-warriors who can lift it, of which he and his companion are two. To defeat the evil queen Tamazusa (Mari Natsuki) who killed her family, they must find all eight. But Shinbei hears of Princess Shizu's identity, and vows to collect the reward for capturing her. (Wikipedia)