Kill or Be Killed

Kill or Be Killed (1980, USA) is a Martial Arts film directed by Ivan Hall. 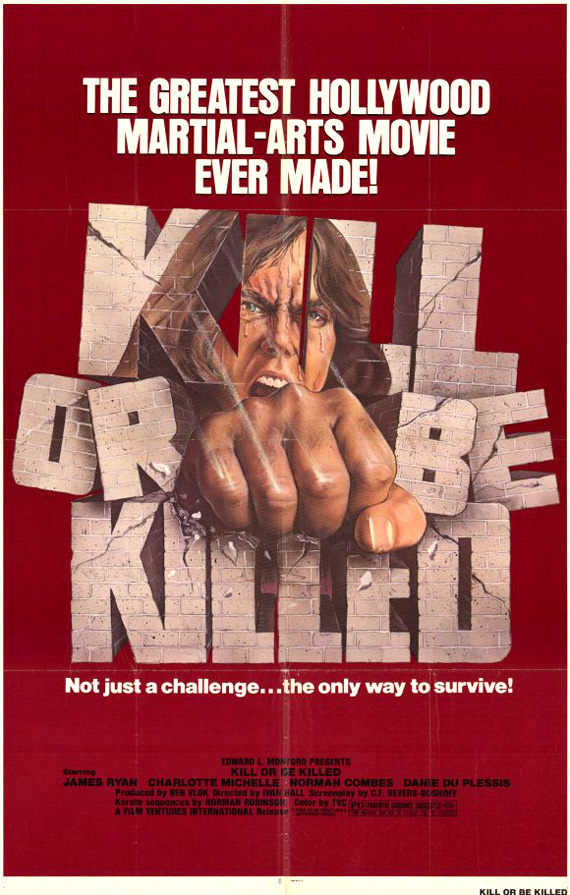 A famous martial artist, Steve Chase (James Ryan), travels to the desert for what he thinks is an Olympic-style competition. The competition turns out to be a trap set by Baron von Rudloff (Norman Coombes), an ex-Nazi General who is still bitter over the humiliating defeat of his martial arts team at the 1936 Summer Olympics by Japanese martial artist Miyagi (Raymond Ho-Tong). Steve wants to escape when his girlfriend and fellow karateka, Olga (Charlotte Michelle), is deemed unsuitable to continue as part of von Rudloff's team. When Steve and Olga make their escape, von Rudloff sends his sympathetic dwarf henchman Chico (Danie DuPlessis) to travel around the world to recruit the best fighters for his team. In an attempt to get Steve back on his team, von Rudloff sends one of his top fighters, Ruell (Ed Kannemeyer) to kidnap Olga. Steve decides to return but as a member of Miyagi's team. When the tournament begins, Steve finds himself at constant odds with von Rudloff (Wikipedia)