Journey to the Seventh Planet/BluRay (US) 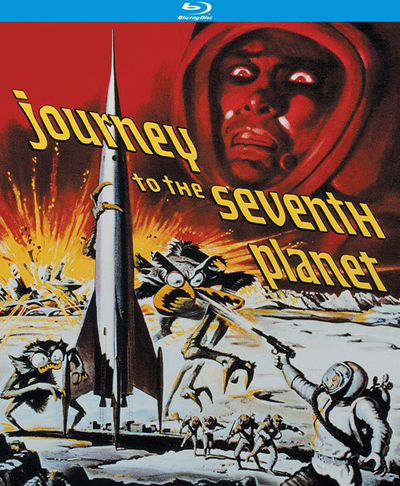 It's the year 2001 and most of the solar system has been explored by spacemen with the exception of the seventh planet from the sun, Uranus. The United Nations sends a five-man international team to check Uranus out. There, they are confronted by the "Being", whose mysterious brain cuts to the inner thoughts of the explorers and causes their thoughts to appear as mirages. Uranus is soon filled with a bevy of beautiful girls thought up by the spacemen. to go along with some quicksand, a one-eyed rodent and a really mean giant centipede...