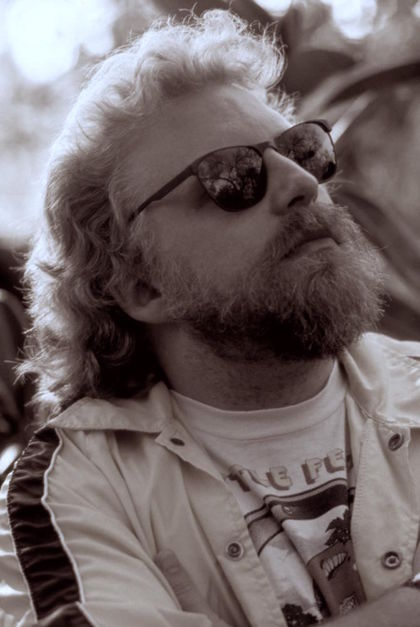 Jonathan Kaplan was the very first director I interviewed for my book Blaxploitation Cinema: The Essential Reference Guide. I appreciated that he was willing to sit down and talk to me, especially as so many other directors—Gordon Parks in particular, refused. Unlike so many of the performers and creative personnel involved with the blaxploitation film genre, Kaplan was not ashamed of his work or participation: he was thrilled to be a part of it.

Kaplan's career took hold after an extended apprenticeship with B-movie mogul Roger Corman and Corman's New World Pictures company. 1972's sexploitation classic Night Call Nurses—“They’re always harder at night!” which he directed, was followed by 1973’s equally sensational The Student Teachers— “I teach sex-ed… MY way!” which he both wrote and directed

Blaxploitation provided Kaplan with a new arena in which to excel: he also got to work with the biggest stars of the day. Football-player-turned-actor Jim Brown was white hot at the time Kaplan cast him in 1973’s The Slams. So was soul music performer Isaac Hayes who starred in 1974’s Truck Turner—still a fan favorite more than forty years later.

Many other popular films followed for Kaplan. He wrote and directed 1975's White Line Fever and 1977's Mr. Billion. In 1988 he directed his highest profile project: The Accused. It was a film for which star Jodie Foster won an Academy Award for Best Actress. Kaplan's many other successes include Love Field and Unlawful Entry (both 1992), Brokedown Palace (1999), and his ongoing work in television: ER, Crossing Jordan, The Man in Blue, The Court, Law & Order and two popular miniseries; In Cold Blood and Picture Windows. A music lover, Kaplan has also directed videos for Rod Stewart and Jon Cougar Mellencamp.

“The Slams” was your first black-cast film. How did you come to direct it? 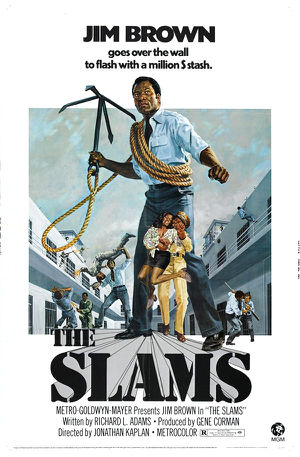 After I did Student Teachers (which has a black-action subplot) and that was a success—we used to call Roger Corman's films “Soft Corman pictures!” Roger recommended me to his brother Gene. Gene went to check out Student Teachers and walked out of the screening about two thirds of the way through. So, I thought; “Oh well, I guess I didn’t get that job!” But apparently Gene had seen enough to convince him that I could handle a larger, action-oriented film. He went directly from the screening to go call my agent and hire me for The Slams. Working with and for Roger Corman was great. All I had to do was deliver the nudity, the thrills, the kinkiness, and the comedy, that had become Roger’s trademark—and I did.

“Student Teachers” and “The Slams” were released the same year. How was your approach to the two pictures different?

Student Teachers was a Roger Corman formula film and The Slams wasn’t. Gene wanted to stick to the script so I really didn’t get a chance to change too much, but The Slams had a longer, more complicated shooting schedule and a bigger budget. The major challenge with The Slams was that it was very claustrophobic—it takes place in a prison. It was my job to make it as visually interesting as it could be.

Did working with a celebrated athlete like Jim Brown present any special challenges?

With Jim I was focused on making him the best he could be. I purposely made no mention of football, sports, or his past career as a star athlete. I looked at The Slams as being as close as I would ever get to something like a Warner Bros. gangster picture—like White Heat, and I directed him as if I were directing Cagney or Bogart or Pat O’Brian in one of their classic films.

What were your feelings about blaxploitation films when you became involved with “The Slams”?

To be honest with you, I didn’t really see very many of them. I remember seeing Super Fly in New York when it first came out. I remember being amazed at how technically crude the picture was. I mean there were mikes in shots, shadows all over the place, all the sort of stuff that you assume won’t be the case with a major studio movie. But I was also quite taken with Curtis Mayfield’s soundtrack because I just thought it was so clear how much the movie owed to his fantastic score. 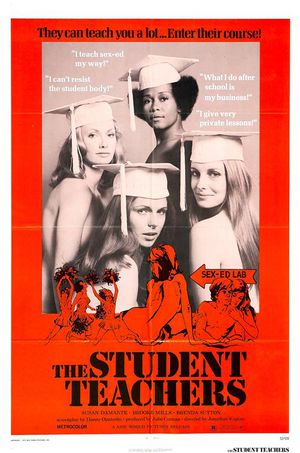 How did “Truck Turner” come about?

Producer Larry Gordon had seen The Slams and hired me to do something similar for his company AIP (American International Pictures). When I was first given the project the studio was thinking about using either Lee Marvin, Ernest Borgnine or Robert Mitchum in the lead role. But then I got a call from Larry telling me that I would be making the picture with Isaac Hayes instead. I said; “That’s quite a switch from Robert Mitchum!”

Isaac Hayes seems like an odd choice for the lead in a film.

At the time Ike had made an incredible splash with the Shaft soundtrack album. Along with his fantastic score, everyone remembered his sensational performance of the song on the Academy Awards show, so AIP thought that they could exploit his popularity and make him an actor, too. What they really wanted was for him to do the films’ music. He wanted to do the acting, so they threw the acting in to sweeten the deal and make sure he would do the film.

What do you say to critics who say that blaxploitation films are filled with violence and negative black stereotypes?

Well, I tried to make the blaxploitation films that I worked on more about class and less about race. I tried to make the world be black in my films rather than it just being black vs white. I thought that the pictures were more accurate if they were about good guys vs bad guys, not black guys vs white guys.

Another criticism of the films was that they were misogynist.

I agree. I found the treatment of women in blaxploitation films to be just horrible. For instance, in Truck Turner I completely rewrote the relationship that Truck had with his girlfriend Annie (Annazette Chase). I made their relationship much more tender, gentle and equal. Take the scene where Truck sets her up to get arrested—to protect her. That’s a great scene! We, the audience, realize that he’s doing the right thing, but she doesn’t. And so you have a genuinely funny and emotional scene, where if it had just been; “Bitch, shut the fuck up and do what I tell you,” nobody would have cared.

And it pays off. At the time, insisting on that kind of a change was a really big deal. I had to put up a fight to make it happen. But, you know, Ike was on my side too because he said; “I don’t want to be slapping this girl around either.” He was very aware that his audience was largely female, and, you know, he’s a very attractive guy, and all the love songs he had written and everything; it just didn’t make sense for him to be playing some misogynist creep.

What about racism behind-the-scenes? Several prominent actors and directors have talked about how widespread it was.

I would say that the only time I experienced the provincialism of the movie directors was when I saw the way they dealt with Isaac Hayes' salary. They thought, because he was black, that they were going to get him for a lot cheaper than a white guy. Then they found out that, no, in fact, Ike was going to cost them more than a white guy: a lot more! They realized that Ike didn’t need them; he was already making a lot of money just being Isaac Hayes. Being “Black Moses” was very profitable for him. Truthfully, I’m not surprised by any racism in America.

The scene where Nichelle Nichols is berating the local pimps is quite astonishing. It is, without a doubt, blaxploitation’s most consistently vulgar and profane scene.

The thing about Truck Turner is that we all laughed our asses off while we made the film—especially that scene! We literally sat there and said; “How many ‘mother fuckers’ can we get in this scene?” We were just cracking up! It was like; “Who holds the record for the most ‘mother fuckers?’” I didn’t take the film too seriously and I don’t think other people should either. In many ways it’s an affectionate parody; and the audience got it. When I saw the picture for the first time in a theater, people were jumping up in the aisles and giving each other high fives. They were just having a great time laughing at all the shit that we laughed at when we shot it. 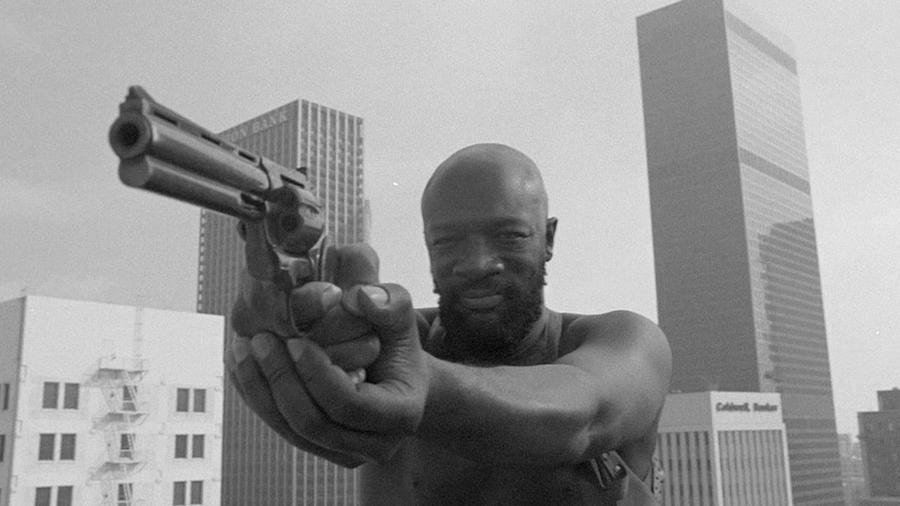 “White Line Fever” came on the heels of “Truck Turner.” Was your approach and intention different?

I looked at Truck Turner as sort of an action-comedy. White Line Fever was very different than Turner. If you look at the film you can tell that it’s heavily influenced by director Sergio Leone. It’s really a Western film; but with trucks instead of horses. I’m a huge Leone fan.

Did “White Line Fever” come about because of your success with “Truck Turner” or was “Fever” already scheduled as a follow-up film?”

Do you believe that your association with blaxploitation films helped better position you for success in Hollywood?

Well, I never tried to position myself for anything in the movie industry. I just don’t know how you would go about doing that. But I must say that I was very, very, fortunate to make as many movies as I got to make before I made White Line Fever, which was really my first major studio picture. I started off doing sexploitation, then blaxploitation, then action-adventure, and then female-driven drama. If you look at The Accused or Brokedown Palace and then you look at Truck Turner and White Line Fever, they are all quite different. I’ve just been very fortunate. 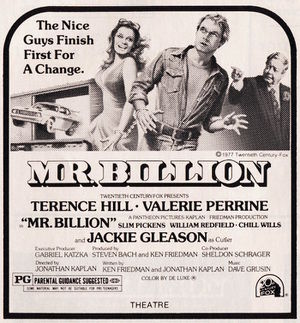 Why do you believe the blaxploitation cycle came to such an abrupt end?

You know, the first time that you see a pimp and he’s flashy, and he’s got a great car, and he’s got all these hos, that’s cool. And then you can do it again, bigger, and then bigger still. But then at a certain point you just can’t do it any bigger anymore. The car can’t get any flashier, the women can’t get any sexier, you’ve just sort of done it all. I also believe that the white movie executives misread the genre. They thought that the more violent they made the films, the more money they’d make. I remember going to see Truck Turner on Hollywood Boulevard for like a dollar on a Sunday night, and it was almost all families; moms, dads, grandmas, kids. But the white executives wouldn’t be caught dead in a downtown movie theater, so they really didn’t know exactly who they were making the films for.

Why do you believe blaxploitation films remain so popular with audiences?

They’re honest, they’re authentic, they’re entertaining, and the music is great. I also think that the pictures are relatively predictable and that makes them comforting. All of these elements, plus the fact that they have a twinkle in their eye; they don’t take themselves too seriously, makes for some pretty good entertainment.