Welcome to the Sixth Chakra of Biker exploitation films. William F. McGaha wrote, directed, and starred in this somewhat marginal film about outlaw bikers. J.C. begins in what is supposed to be Atlanta, Georgia. The soft-hearted J.C. Masters rides his hog home after a hard day (aka bummer) at the construction site. His old lady comforts him as he laments the attempts of "The Man" in keeping him down. The viewer learns through a flashback that J.C. has quit his job after being hassled for smoking grass on his lunch break by an anonymous redneck foreman. His friend and co-freedom lover coaxes him to return to work when J.C. boards his bike proclaiming, "I just had myself a vision, Man!"

The film progresses once the gang rides out for the weekend. At this point, J.C. begins to reveal his true calling as he delivers a "sermon on the mount" of sorts proclaiming that he sees a giant vibrating eye in the sky, "staring down at me colder'n a dead whore, Man!" His fellow riders become mesmerized by his tear soaked declaration and they ride south to find the freedom of which J.C. preaches. Once the band nears the fictional town of Mason, Alabama, J.C. admits to his "disciples" that he ate shit in this town for 18 years. He wants to return to deliver them (and to visit his sister) [??] 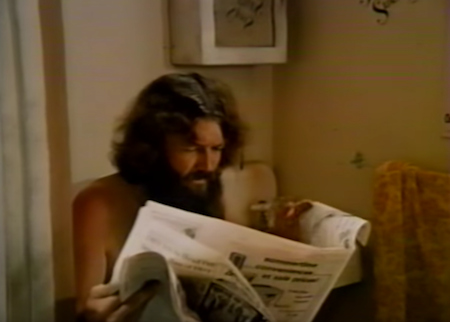 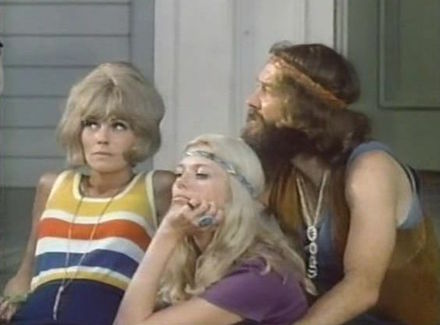 The viewer is then introduced to Miriam Wages (played by Joanna Moore). J.C.'s sister scolds her son for running to see the motorcycle gang that is riding into town, but warms up once she discovers the gang is led by her estranged brother. The rest of the film revolves around the town's lack of acceptance to this motley band of wanderers. Despite there dislike of long hair and strange clothes, the town folk are most offended by the presence black people (referred to less politely in the film).

This film definitely displays the "lighter" side of the outlaw biker. Various members of the gang deliver meandering monologues on civil rights and personal freedoms. Slim Pickens plays the town's sheriff and moves quickly from the rational, wise lawman to the abusive southern-fried peckerwood once J.C.'s partner, Little Man, is picked up on a narcotics charge. As a back story, it is revealed that J.C.'s father was the town's hardcore evangelist that named his son Jesus Christ Masters due the boy's strong visions. This is a life J.C. renounced as a youth while telling off the entire town. His sudden return came about due to his inability to escape the visions.

The final scene culminates in an attempted lynching, a failed jailbreak, murders on both sides, and the execution of J.C. (as Christ personified).

If you like your biker films to be rough and antisocial, J.C. is probably not for you. Although not a masterpiece, J.C. is worth watching. William F. McGaha only has three films to his credit--Bad Girls for the Boys (1966), The Speed Lovers (1968), and J.C. (1972)--it's safe to say he was really trying to say something with this film. He falls off the map after delivering his magnum opus, so maybe he took his own message to heart. In all, J.C. blends elements of bikers, drugs, racism, and misunderstanding to make one helluva southern-fried biker flick.