Invasion of The Bee Girls/BluRay 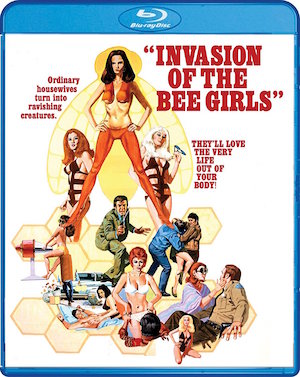 Synopsis: Men are dying in a small California town and the only clue to their cause of death may come from a nearby government genetic lab! Nicholas Meyer, the same guy that brought you Star Trek II - The Wrath of Khan, wrote this unintentionally hilarious, nudity filled, mind bending romp! This rare and hard to find print of Invasion of the Bee Girls has generated quite a buzz for the huge cult following that has been waiting for this film's release! After watching this film you'll never look at marshmallow cream the same way! Starring William Smith, Anitra Ford, Victoria Vetri, Cliff Osmond, Wright King, Ben Hammer, and Anna Aries.