House of 1000 Dolls (1967, Italy/Germany) is a Crime-Thriller film directed by Jeremy Summers. 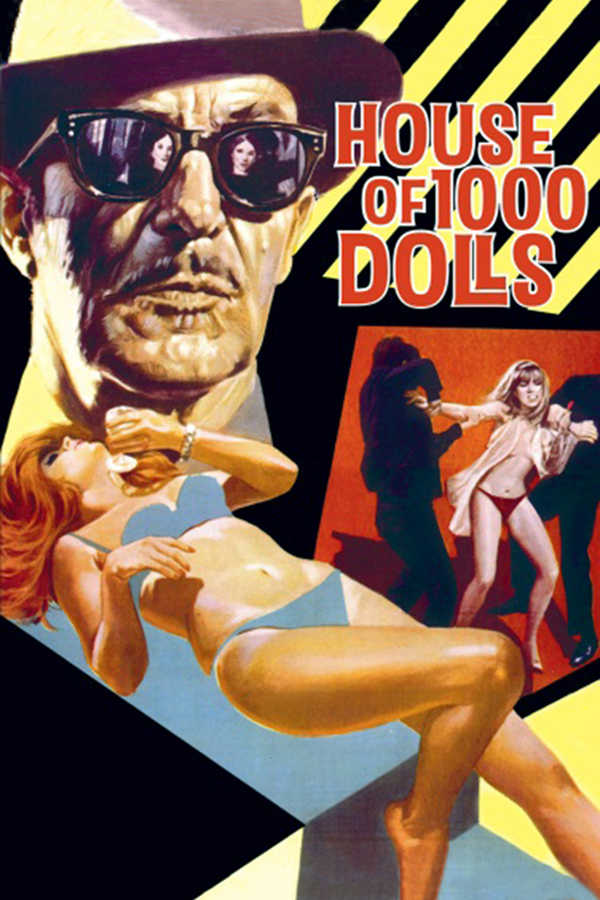 The House of 1,000 Dolls is a 1967 thriller starring Vincent Price. It has been described as "quite possibly the sleaziest movie AIP ever made". The film is set in Tangier. Released initially in Spain under the Spanish title La casa de las mil muñecas, it wasn't released in the United States until March 1968. Stephen Armstrong, vacationing with his wife Marie in Tangiers, runs into an old friend and learns he is searching for his missing girlfriend who was kidnapped by an international gang of white slavers. The kidnappers are nightclub magician Manderville and his mentalist partner Rebecca. Under the guise of their nightclub performances they hypnotize and kidnap young women for the white slavers, and spirit them to the House of 1000 Dolls. Stephen continues the investigation when his friend is murdered. (Wikipedia)