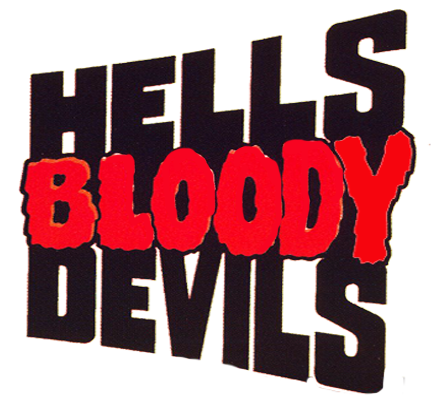 After the really cool, funky psychedelic opening credits montage set to the song "The Fakers", we see three bikers (the Bloody Devils Biker Gang of the title) and a woman named Carol (Vicki Volante). Carol is paying the bikers to do something but we don't exactly know what. Then we are introduced to Mark Adams (John Gabriel) who has just been kidnapped by some mysterious men. While in the back of the car, Mark knocks the driver out and then jumps out of the car before it rolls down a hill and explodes.

Flashback to several weeks before. Mark narrates and introduces himself. It turns out that Mark is working for a criminal organization that is in cohoots with a Neo-Nazi group that is creating counterfeit money to sell to fund their plan of world domination. The fascist group is run by the evil Count Von Delberg (Kent Taylor) a German guy who has no accent. In fact he sounds like he's from the mid West. I guess he's German-American. Strange? Well this is an Al Adamson movie and if you're familiar with his ouvre, you will know that this is normal stuff!

Mark's partner in crime is Rocky (Actor/Director Jack Starrett). The two have worked together for several years, but recently Rocky has been noticing that Mark is acting a bit weird. Well, Rocky's hunch is correct, Mark is actually an undercover cop who is trying to infiltrate the Neo Nazi organization by working with the criminals. Now he's got a contact in Carol, the woman we met earlier who happens to be Count Von Delberg's girlfriend. Well to make things more complicated, it turns out that Carol is actually undercover too. She is an Israeli spy trying to find a Nazi named Kruger who killed her parents in WWII. Geez Carol, if you only knew....

In between doing his undercover work, Mark gets some action with several different hotties including a blonde babe. In a syrupy sweet montage, the two lovebirds goto a park and walk around while a groovy tune plays. Then they hit a local Kentucky Fried Chicken and have a delicious meal. As they eat, an older man walks up to them and tells them how good the chicken is. The old man is none other than Col. Sanders!! The two kids look at the logo on the chicken bucket, then at him, pause and laugh. Fade Out. That was a very nice touch! 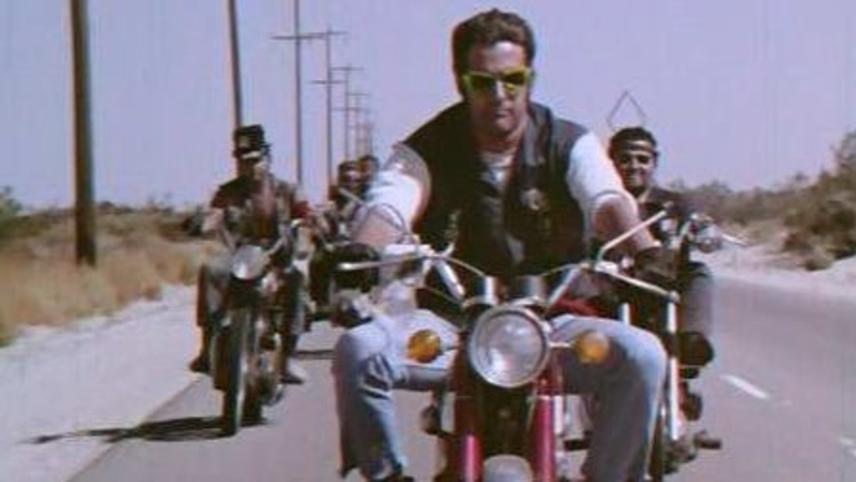 Back to the plotline. While Mark is playing the smooth criminal, his police contacts, led by Brand (Broderick Crawford) are trying to figure out when to get into Count Von Delberg's counterfeit operation. They send some other officers to get involved. After some filler scenes, Mark sets up the Count and his counterfeiter to sell him the fake money in the outskirts of town. When the Count shows up, the cops move in and a huge gunfight begins. The gunfight goes on...and on...and on...and on. People shoot, they get shot, they roll around, they fall down into bushes, they duck and cover. They shoot some more. The final scenes in the film actually bring it together pretty well. When it was over I was sort of tired. There are so many different things going on in this movie, so many characters entering. Getting into cars. Plot skipping back and forth in time. Is it entertaining? Well, Yes. Is it jumpy? Hell Yes! Is it pure Al Adamson? What?! Didn't I already...Yeahhhh!

Hell's Bloody Devils was advertised as another biker film (obviously to bring in drive-in audiences), but its completely something else. The bikers are only in it for 5 or 6 minutes tops. They have a few Open Road Montages, and they "get it on" with some hippie chicks in one scene, but thats it. One thing that I was thinking while watching the movie was in connection to the Neo-nazi angle. Since many real life bikers were known to wear the Nazi swastikas as a sign of defiance to the authorities (the icon even showed up in biker films like The Wild Angels), this could've been the main influence to introduce a neo-nazi character. Giving an actual reason for the symbol to be in the film. This is really an espionage film more than anything. Just be warned, if you're looking for a Hells Angels on Wheels type movie, you won't get it here. What you will get is a crazy mash up of undercover cops, spies, sexy babes, bikers, neo-nazis, exploding pen grenades, shootouts....and Col. Sanders.