Review of Happy Birthday To Me

With a slasher movie called HAPPY BIRTHDAY TO ME, it comes as no surprise that the plot-outline concerns some traumatized youth who had his/her birthday party ruined at the hands of some unruly friends. And it's guaranteed that the next birthday bash that this particular youth throws will result in plenty of payback-bloodshed, right? In a nutshell, that's the story...BUT the results in this case are rather different. To begin with, the birthday gimmick isn't even brought up untill the last 20 minutes. But since the movie is called "HAPPY BIRTHDAY TO ME", we know what the damn climactic connection will be! So much for the suspense!! 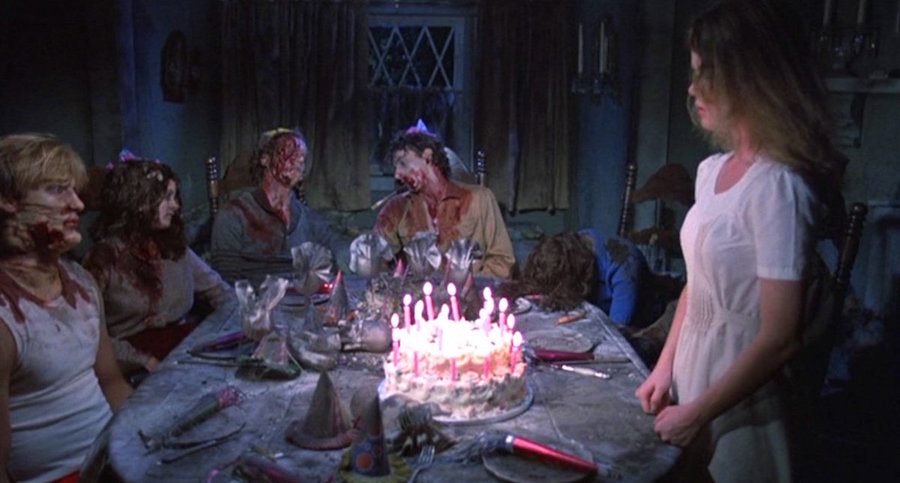 Anyways...So for the first hour or so, there is no motive for the killing spree involving Virginia (Melissa Sue Anderson) and her college friends. Only if one of her friends decides to act mean for some certain reason, they happen to wind up dead during that night. While this is going on, we find out some screwy mumbo-jumbo going on with Virginia's past. Did she have brain surgery? Did she have a nervous breakdown? Does she have amnesia? Other than the notion that something tragic happened to her mom on a certain date, Virgina's personal doctor (Glenn Ford) really isn't helping much at giving us, the audience, nor Virgina a clue to what's going on. Of course, it isn't untill the end when everything gets explained. But be warned, as you're bound to say "WTF?" outloud a couple of times.

I guess you do have to give credit to the writers/filmmakers who tried to add some twists to the already-flagging slasher genre around this time. But to tell you the truth, I was bored all the way through. And who knows. Maybe with a title-change I might've given some kudos to it.