Goldilocks and The Three Bares

Goldilocks and The Three Bares (1963, USA) is a Sexploitation film directed by Herschell Gordon Lewis. 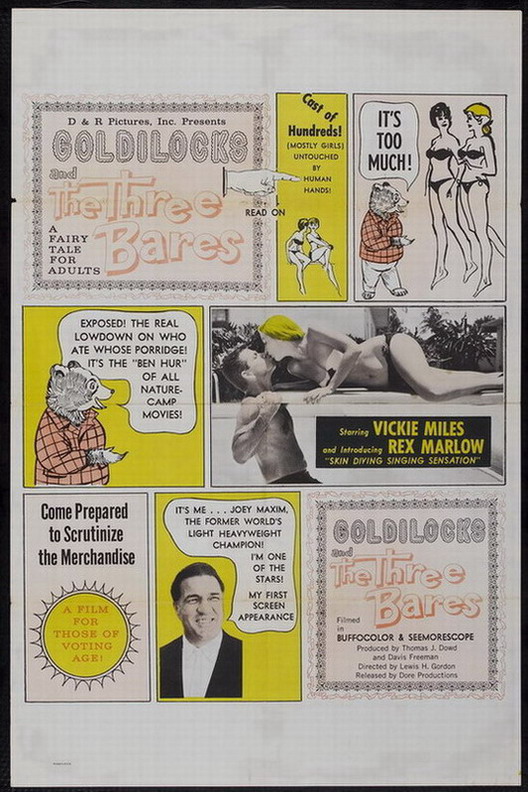 Goldilocks and The Three Bares is a 1963 nudie-cutie film from the legendary exploitation team of Herschell Gordon Lewis and David F. Friedman. The title has absolutely nothing to do with the famous fable which inspired the title. Appropriately billed as the "first nudist musical" (not to be confused with The First Nudie Musical, 1976), it has considerably more depth than their prior attempts at this genre. With slightly higher production values than The Adventures of Lucky Pierre (1961) and Daughter of the Sun (1962), a series of artistically photographed musical sequences and somewhat more "star power", Goldilocks stands out from the other five entries of this phase of Lewis and Friedman's partnership. (Wikipedia)