Girls in Prison (1956, USA) is a Women In Prison film directed by Edward L. Cahn. 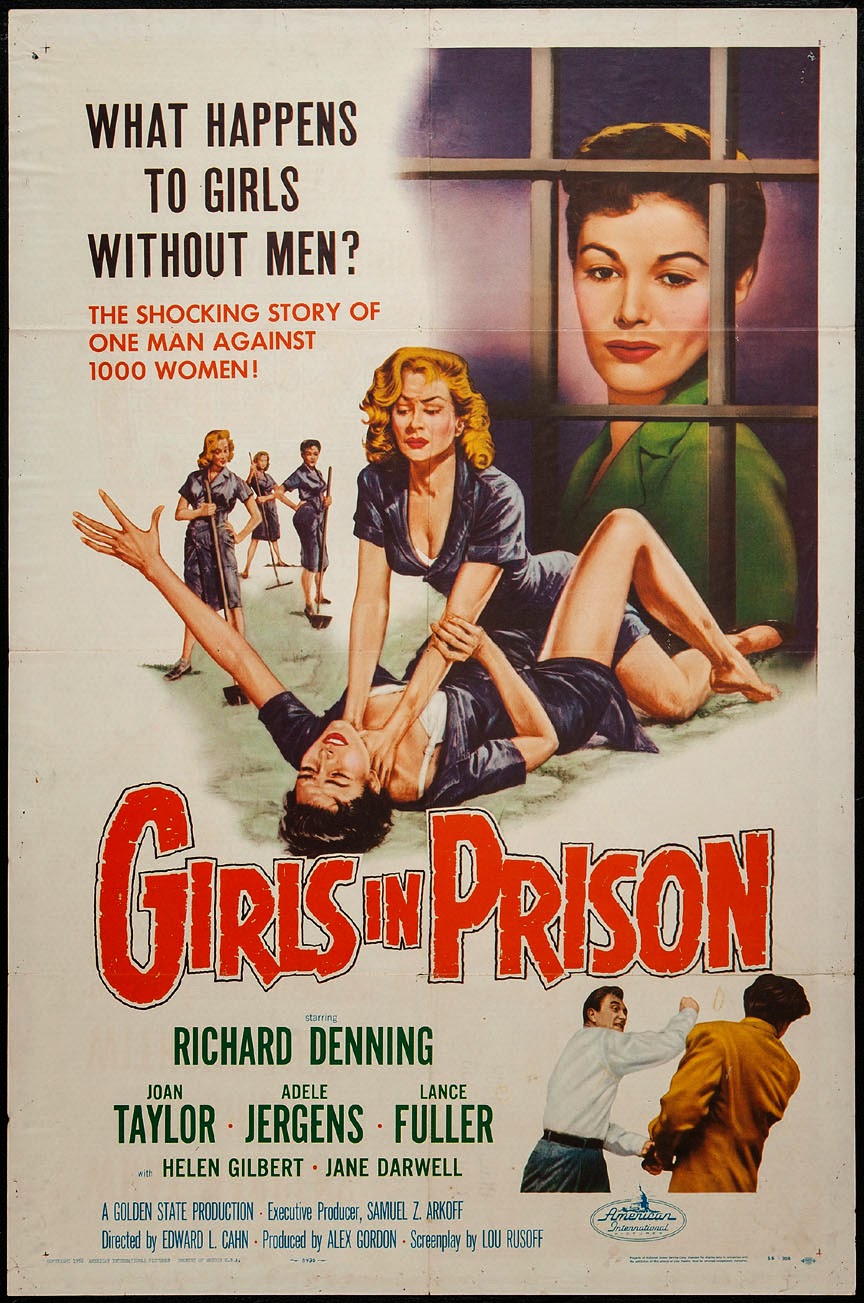 This early example of “women in prison” (but without nearly as much of the exploitative sex elements) is a surprisingly good film. It starts with an enjoyable song number in a nightclub and progresses, expectedly, to the prison sequences where seemingly innocent Anne Carson is incarcerated for her part in an armed robbery. Following a similar formula to “women in prison” films – new girl put into a cell with hardened criminal women, yard work, fights and assassination attempts, then the inevitable breakout at the end – Girls in Prison is exciting and with a typically brisk running time manages to keep it up for the entirety of the film. And the girls. All classically beautiful women typical of the fifties, dressed in tight prison uniforms, talking tough and doing manual labour. -- Angel