After you look at the poster for Galaxy of Terror, what would you expect? To me, it looks like a poster for the 50's sci-fi flicks. But apparently, this is another Ridley Scott's Alien cash-in.

Produced by Roger Corman, the film tells the story about a crew of the spaceship named Quest. Their mission is to go to a planet called Morganthus to investigate the death of previous crews. Unfortunately, they don't know that their fears will become true because of a mysterious power. Their fears, their conflicts and the scary atmosphere lead to the death of their fellow adventurers....who will survive this nightmare? 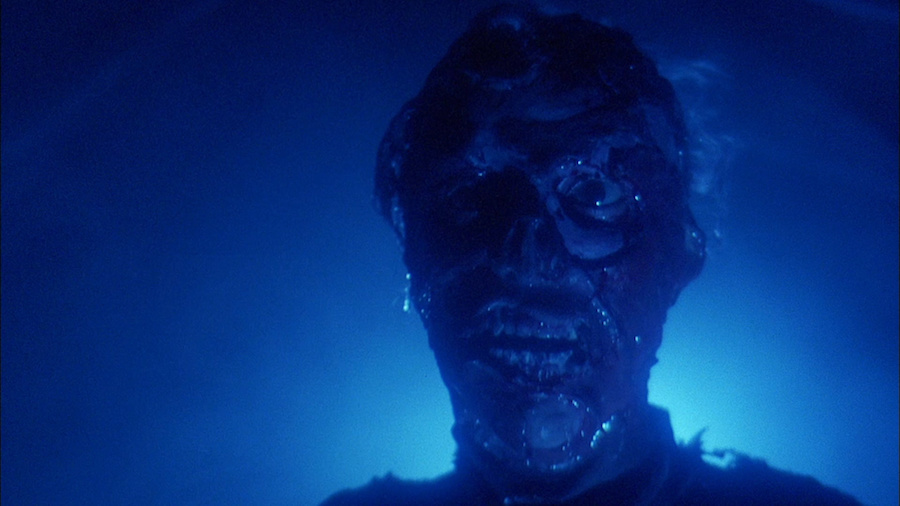 Well, I won't answer this question. But from what I pointed out in last paragraph, this film has a good message about "overcoming fear" which rarely happens in exploitation films. Although the plot is mediocre, the ending is pretty bad, and the acting is the B-movie standard, the set designs and special effects are very memorable. As far as I know, James Cameron worked as a Production Designer and Second Unit Director on this film. That's why the spaceship and the Morganthus planet look so awesome.

The most well-known part in this film is the rape scene. Yep, there's a scene with a female character (played by Taaffe O'Connell) who's raped and killed by a giant worm because of her fears about worms and sex. That scene might be too cheesy or stupid for other people, but it reminded me of Ridley Scott's Alien. In that film, there's a character called Lambert (played by Veronica Cartwright) who gets killed off-screen and when you see her again she's naked. I'm pretty sure that Lambert was raped because we could hear her panting before she screams. So basically this scene in Galaxy of Terror could be the "exploitation" version of Lambert's death scene.

Galaxy of Terror is one of those films you have to see to believe. It has stunning visuals, Freddy Krueger (well, actually it's Robert Englund) an interesting message and the unforgettable rape scene. Check it out.