Fuzz (1972, USA) is a Crime-Comedy film directed by Richard A. Colla 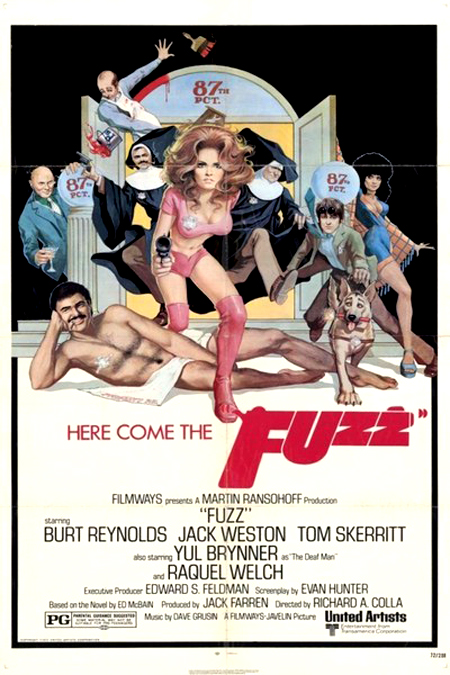 Boston detectives Steve Carella (Burt Reynolds) and Meyer Meyer (Jack Weston) are on the case of an enigmatic crime lord known only as Deaf Man (Yul Brynner), notorious for bombing local politicians. Along with colleagues Bert Kling (Tom Skerritt) and Eileen McHenry (Raquel Welch), the team must prevent Deaf Man from future attacks while maintaining order on the streets of the city -- which turns out to be no small task, as a group of depraved teens begin lighting bums on fire for fun.