Fists of the White Lotus/Review 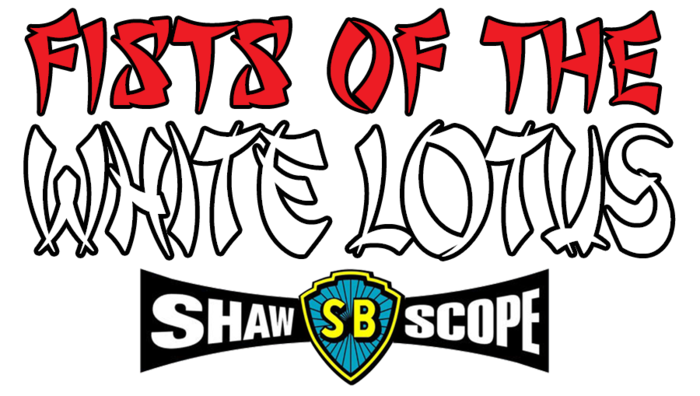 Fists of the White Lotus is regarded as the sequel to the well-loved Kung Fu movie, Executioners From Shaolin. We have to use the word sequel loosely here as the movie doesn't necessarily pick up from the prequel. That film ends with the villain of the movie, Pai Mei, getting defeated, but here, the movie starts with a slight retcon as to how he was beaten and by whom. It's slightly complicated, and it is better to view this movie as a standalone with no association with the original. 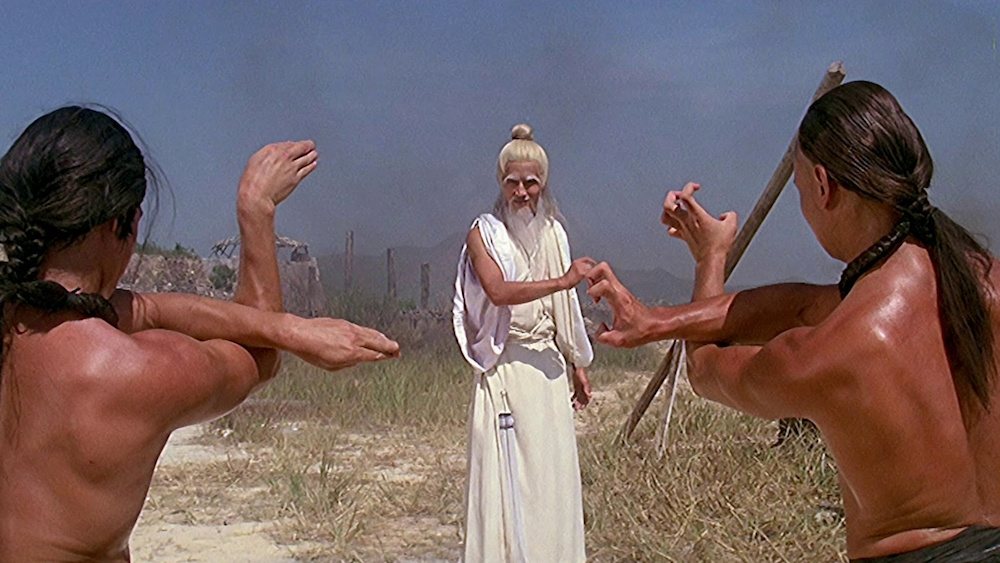 As the movie starts, it has two friends Hung and Biao (played by Gordon Liu and King Chu Lee), with different fighting styles, namely tiger and crane Kung Fu, joining forces to defeat Pai Mei. Which, if you've seen Executioners of Shaolin, gets slightly confusing as that is a multi-generational revenge story that ends when the son of a martial arts master killed by Pai Mei, finally gets revenge for his father's death.

After the release of the Crane master Biao from prison, he gets ambushed on his way home. It turns out that Pai Mei from the last movie had a twin...Or is it a senior? (this part gets confusing due to the retcon). Nevertheless, humiliated and feeling insulted by that defeat, his school has decided to take revenge.

As Hung (Gordon Liu) and Biao are celebrating with the latter's wife and sister, the school ambushes the four yet again, this time with Pai Mei arriving to finish Biao and his sister in the process. Hung has no choice but to go into hiding with Biao's pregnant wife to seek revenge later on.

What Fists of the White Lotus manages to do so effectively is to take the premise of the first movie and turn it into something that does not feel derivative. At the center of both films, you have men who do not heed the advice of the woman in their lives. In the first movie, you had a guy who had met his doom for not listening to his wife's advice of combining his tiger style with her crane style. In the second, though Gordon does try to learn her form, he ends up charging at Pai Mei too soon against her advice only to get resoundingly trashed by him again. Both movies also have the hero ultimately defeating Pai Mei by learning a new fighting style through a manual (funny when that is almost always the case in a martial arts movie) to defeat the big bad.

The movie essentially splits into three fights between Gordon Liu and Lo Lieh as Pai Mei and the training sequences in between serving as a highlight reel. It is mostly in line with some of the great traditional Kung Fu movies where training sequences are the real focus—even more than the actual fight scenes. Here they are among the very best as far as Kung Fu training sequences are concerned. The best of the lot would be Gordon learning a feminine version of Kung Fu from his sister-in-law Mei (Kara Wai).

It is amusing to see Gordon trying to adapt to fight in this version. In the beginning, we do get a glimpse of it during the ambush scene when the ladies managed to fight Pai Mei's gang. You can see it is elegant but not highly effective on its own, a point Pai Mei stresses during the second fight. It is very entertaining to watch, and we see a female Kung Fu master taking a male student under her wing for a change. It might not be the first time this has happened in Kung Fu cinema, but it is a noteworthy scene among old school Kung Fu training montages.

Lo Lieh (who also doubles as the director) usually portrays the villain and a highly effective one at that, as you do get the impression that the hero is in genuine trouble going up against him. Ironic, as in King Boxer, the movie that he is most famous for, he plays the epitome of the virtuous hero. He is pretty good here in a role he had already perfected in Executioners of Shaolin, albeit in a slightly different variation of the character.

Fists of the White Lotus might not be his best-known martial arts movie, but Gordon Liu looks like he is having loads of fun with it. Especially during the training scenes where he is adapting to the effeminate style. Years later, he would go on to play Pai Mei in Kill Bill Volume Two, who uses the same fatal "five-point palm exploding heart technique" used in this movie by Lo Lieh. Kara Wai is also remarkably graceful as Gordon's sister in law turned mentor. Her fight scenes though few also are pretty elegant and almost balletic. Lau Kar-Leung, director of some of the beloved Kung Fu classics like Executioners From Shaolin, the 36th Chamber trilogy, and Drunken Master II, is behind the choreography of the movie. So it is hardly a surprise that the fight scenes are pretty good while not lacking in entertainment value.

In the end, though it doesn't necessarily follow the storyline of Executioners of Shaolin, Fists of the White Lotus certainly deserves to be considered a worthy sequel to the former, while being a fun Kung fu action movie in its own right.