701 is the first part in Toei’s classic Female Prisoner Scorpion series. This and the sequel Jailhouse 41 are widely considered the absolute best in the genre. The original film also marked Shunya Ito’s (sometimes credited as Toshiya Ito) directorial debut. Ito directed two sequels for the film before leaving the series to the hands of Yasuharu Hasebe who directed one more installment to the original series. All four films starred the glamorous Meiko Kaji. 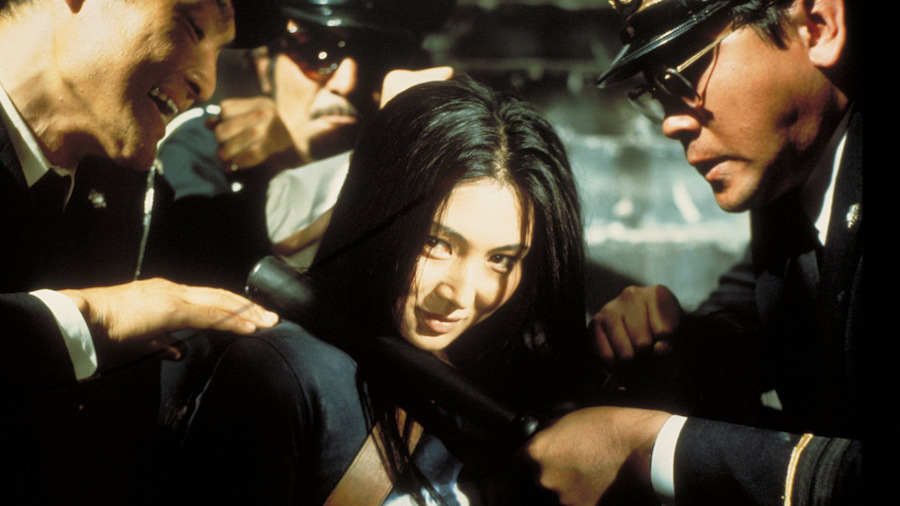 What that made Ito’s entries in the WIP genre so special was his extremely ambitious visual approach. Even though the prison setting doesn’t offer very colourful surroundings Ito has filled the film with first grade camera work and surreal images. No wonder the production took approximately five times longer than the average Toei film of the time. Along with the visuals, the music is also used wonderfully, including Meiko Kaji’s famous theme song Urami Bushi. However, despite the technical brilliancy Ito doesn’t forget the films manga origins. Although the source material was cleaned up a bit 701 is still very much an exploitation movie with gratuitous violence and nudity throughout. There’s a bit of political attitude as well but I’m unable to say whether it originates from the manga or not.

One major factor behind the film’s success is Meiko Kaji. She was a perfect choice for the role of Nami Matsushima, a woman betrayed by her lover (Isao Natsuyagi) and sent to prison for life. Kaji has more charisma and dignity than five average pinky violence stars put together, and the fact that she has no more than a dozen lines of dialogue in the whole film makes her appearance even stronger. 701 being one her first Toei films it’s interesting that here she finally agreed to do nudity. I don’t think she ever did that for Nikkatsu, the company she left when their films started becoming too driven by the erotic content.

Speaking of Nikkatsu; Hiroko Ogi, the actress Meiko Kaji replaced as the lead of Blind Woman’s Curse, can be spotted here as one of the prisoners. Another remarkable star in the film is Fumio Watanabe who does excellent job playing the sadistic warden. He and the two guards played by Hideo Murota and Chinzo Hotta come close to stealing the show a few times. The supporting female cast includes several genre veterans such as Yumiko Katayama, Yoko Mihara, Rie Yokoyama and Yayoi Watanabe.