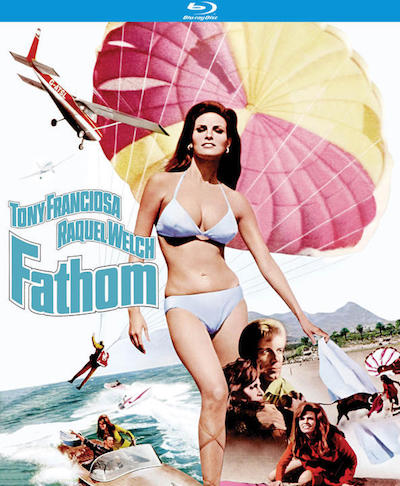 From exploding earrings to dances with bulls to leaps from a plane at 10,000 feet, there isn't much Fathom can't handle in this wildly entertaining espionage spoof. Voluptuous dental-hygienist-turned-skydiver Fathom Harvill (Raquel Welch) is recruited by a top-secret government agency to parachute into Spain in search of an elusive war defector (Tony Franciosa) and a missing H-bomb detonator he is believed to possess. But the super-sexy spy may expose more than she bargained for as she unravels the truth behind her employer's motives -- with hilarious results! Starring Anthony Franciosa, Raquel Welch, Ronald Fraser, Richard Briers, and Clive Revill.