Damn you poster!! That's the first reaction I had after I finished the movie. It has been a long while since I watched a movie purely because of its mind bogglingly awesome poster which is exactly what made me watch Fair Game in the first place. I mean take one look at that amazing poster and tell me that you do NOT want to watch this movie. Seriously, its the kind that makes you grab a flick from the bargain bin. 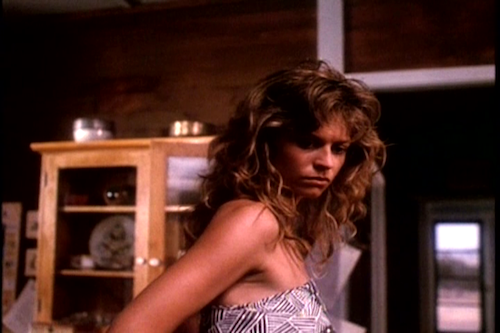 Having said that, watching the movie the first time was kind of a bummer for me. I guess it was hard to manage expectations with that damn poster and the fact that it is frequently included in the lists of ozploitation classics, which to be honest I haven't watched a lot of. I found it hard to get through the movie as I felt my interest waning and just kept on picking holes in the plot. 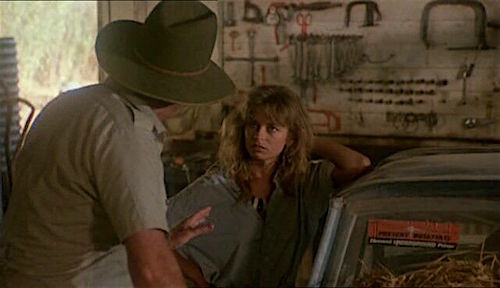 Now the plot, in a nutshell, involves the main character Jessica who runs a wildlife sanctuary who becomes a target for three kangaroo hunters looking for new game, apparently because they are tired and had enough of kangaroo hunting. Thus becomes a game of cat and mouse between the hunter and the hunted with the tables turning frequently for both sides. I read a lot about Fair Game being kind of a cross between The Most Dangerous Game and I Spit On Your Grave. Now I have never read The Most Dangerous Game nor watched its various adaptations but I HAVE watched I Spit on Your Grave numerous times and Fair Game does have what I would call many "I Spit on Your Grave - moments" including the initial seemingly innocent confrontation between Jessica and the hunters / the extended scenes of torture down to the long walk back home where the hunt continues and that moment under the shower after which our determined heroine goes after her tormentors with renewed vigor. 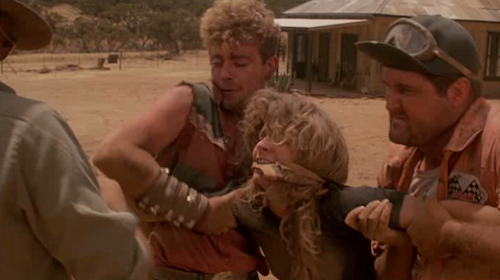 There was a number of times I kept questioning what was happening on screen. Like what made the hunters really decide to go after Jessica? Why would she keep going back to the same house again and again despite knowing that they will be waiting for her? Why would she keep on provoking them when it just about seems like they have quit harassing her? The last part was especially confusing because after a point the premise of who was hunting who kept on getting repetitive. Like really just when one party quits, the other decides to go all out to start the nightmare all over again. 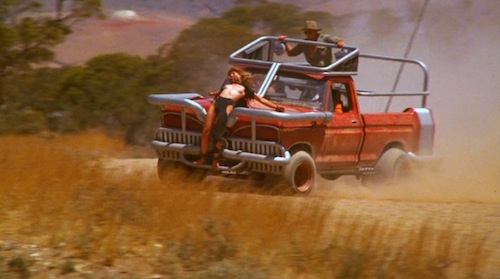 As all this was bothering me, I started reading about the movie online out of my usual habit when I came across this quote from the director, Mario Andreacchio:

"Fair Game came out of a situation where we were wanting to make a movie that was a B-grade video suspense thriller. I wanted to treat it like comic book violence - it was always like a comic book study of violence. What amazed me and the thing I found quite disappointing was that it started to become a cult film in some parts of the world and people were taking it seriously. And that, for me, became a real turning point. I thought, if people are taking this seriously, then I don't think I can make this sort of material". 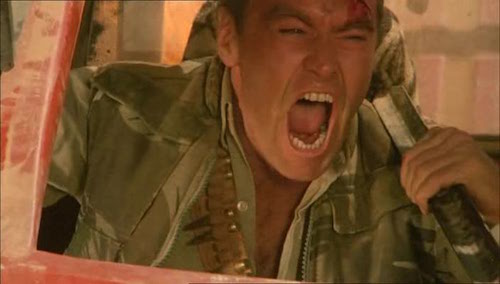 Reading this quote was my "Ah - moment" prompting me to watch the movie once again. Now this time, I just watched it for what it really was - a wonderful B-movie filled with comic book violence and cartoonish (buffoonish?) villains and a superb bad ass heroine proving to me once again that you shouldn't over analyze a movie - ESPECIALLY this kind of movie. And even though I still dont agree with what many say about it being an outright classic, I can understand the love it receives as a cult film.

And yes, that scene from the poster? It plays out just as gloriously on screen as you can imagine when you see that poster, maybe even more so. It's a breathtaking sequence and though you know it's a stunt woman who is tied to the car, you immediately fear for the person's life. It reminds you of Zoe Bell in the climax of Grindhouse. That scene alone makes it worth watching the movie despite all its other obvious flaws.