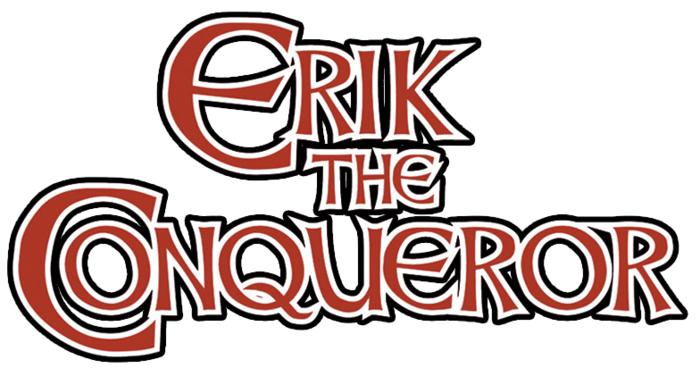 Mario Bava, seen by many as the King of Italian Horror, and a jack-of-all-trades filmmaker by his colleagues as cinema lovers, steps into the world of the Peplum film with this tale of Vikings and Knights. A loose remake of Richard Fleischer’s The Vikings starring Kirk Douglas, Tony Curtis, Janet Leigh, and Ernest Borgnine, Bava brings his own flavor and interpretation of the tale and in the process outdoes Fleischer at his own game. Italy was of course most famous for its subgenre take on classic Hollywood films, whether they were “A” film epics or “B” fan favorite crowd pleasers, most times making average to subpar to poor imitations, sometimes making imitations that were equal to, or even outdoing the films they remade. Gli Invasori aka Erik The Conqueror falls into the 2nd category as it is well made, and even surpasses the origin film by a mile in both story and structure. Not as lavish as the Fleischer’s original, but its atmosphere and Bava’s ingenuity more than make up for the lack of budget. Bava’s period as a cinematographer and special effects man was a great advantage for this age of films as figuring out the best shots and lighting for such productions helped in hiding what was beyond the budget. Most Peplum films tended to be a little on the hokey side, including monsters and effects that were limited in design and a clear indication of the period they were made, but Gli Invasori and a few others rise above this status and have held up well over the years.

What makes Bava’s loose interpretation of The Vikings different is that instead of having the brothers being unaware of their familial relations, he has them being separated as children, who believe the other has died in the ensuing battle that claimed their father and village. The only animosity between them is the war that erupts between the Brits and Vikings when the vicious Knight Sir Rutford betrays his King and the Viking King’s proposed peace talks that would’ve allowed the Vikings control of uninhabited areas of the North Sea. By having hostilities be the result of political/religious intrigue and betrayal instead of the elder Viking brother being consumed by bloodlust and tyranny makes the story far more interesting as audiences wonder how the reaction the brothers will have upon finding out the other is in fact alive. While Richard Fleischer was able to rely on spectacle and a good-sized budget that allowed him to travel to Norway for on-location shooting, Bava only had 100,000 Lira at his disposal having to improvise and was able to achieve spectacle like Fleischer by having atmospheric, moody, psychedelic-like lighted sets that make it seem like the Vikings are born and bred of an area that is not of this World. Bava was a master of being able to create massive looking sets for so little money via optical illusion and this film is no exception, particularly with the epic sea battle mid film.

Cameron Mitchell, a rugged looking American leading man whose advancing years led to a decline in such roles is wonderful in the role of Eron. Unlike Kirk Douglas’ vicious and brutal Viking Prince in The Vikings, Mitchell’s Viking is a more humane and educated individual who begins realizing some of the customs of his people are unfair and unnecessary, going so far as to plead on behalf of a Vestal Virgin who has broken her vows for the love of a man. He still believes in some of the Viking ways, but his more philosophical reasoning in love and religion make Eron a somewhat complex and multilayered character that senses he’s part of a dying breed slowly on the way to extinction. His wish to lead another invasion of England is to primarily avenge the deaths of his father and brother, not really wanting another war, but also lied to in that the British are bloodthirsty tyrants with no honor. Mitchell, good in most of the roles he was given, is at his finest here, and makes viewers feel for Eron as he goes through a series of various emotions throughout the film. His most poignant moment is a positive life changing realization that results in a harsh act of destiny against him for his own love of a Vestal Virgin. In spite of his voice being dubbed over in Italian by Nando Gazzolo, Cameron Mitchell is still able to convey through facial and physical movements, the character’s thoughts and actions that still make it his performance.

Giorgio Ardrisson (usually credited as George Ardrisson), a consistent working handsome faced Italian character actor gets to sink in teeth into a rare romantic lead as Erik. Having already worked with Bava earlier in the year in Ercole al Centro della Terra (Hercules in the Center of the Earth/Hercules in the Haunted World), Ardrisson was a no brainer for the romantic lead of Erik, a part which he excelled at. A Viking raised by the barren British Queen as an Englishman after believing himself the only survivor of a massacre against his father and village, Erik early on shows his abilities as a leader and warrior as he valiantly leads his soldiers into battle. Still aware of his Viking heritage, but not in conflict with himself because of the needless death he witnessed as a child, Erik would like nothing more than to remain at peace with the cultures around him, but feels obligated to avenge the death of the King, the husband of his adopted mother the Queen, who was wrongly led to believe a Viking killed him. When he falls in love with the twin sister of his yet to be rediscovered brother’s forbidden lover/fiancé, his mission becomes complicated as he slowly begins to see the non-violent side of the Viking way of life. When he mistakes Eron’s wife for the woman he met and lets his passions get him captured, he must overcome prejudices and find the truth to save his mother, his brother and their respective cultures and lands. Ardrisson appears to be a fairly underrated actor as he appeared primarily in crowd pleasing favorites and not the “important” films of more highly respected filmmakers like Fellini, Visconti, and Rossellini, but this didn’t detract from his talent as put much emotion into his work that made his performances all the more memorable.

Some critics of the time put down the film for its excessive (for the time) violence as arrows and spears are shown penetrating the bodies and necks of certain characters in the opening and toward the end of the film. The violence is not overtly graphic or bloody, but at the time it was made, the amount of fights and death seen in the Peplums was usually half or a quarter of what is seen in the film, but what came out in the last 40 years in the States and some of the 70’s Italian Westerns, Gialli, and Poliziotteschi made what is done in Gli Invasori look lightweight. There’s definitely more violence in this one than the standard fare of the time, but because Bava mixes in Catholic and Pagan symbolism with certain scenes, it’s not violence for the sake of it or sensationalism but rather to illustrate a point, juxtapose unique imagery and meaning, and showcase what the history of the time was really like, it’s a forgivable action.

Looking more lavish and big budgeted than most of the Peplums of the period than the money Bava had to work with make Gli Invasori a well worth watch for fans of not only Italian Peplums, but lovers of Action, Adventure, and Romance films too. Certain scenes may look low-budget to today’s viewers, but Bava’s ingenuity to make what little he had to work with look grand is a feat worthy of any viewer’s amazement and time. Sword play, adventure, and a dual love story thrown in add to the beauty of this piece and raise it above the average status most films of the period were usually looked upon, but were still fun all around. What sets were available look great, the cast is fabulous in their roles, and the effects of the time are actually impressive for the period and means they had at their disposal. A little more money might have made it an “A” list picture, but it’s quite good as is and looks just fine with what it had to work with.

(I highly recommend this film, even more so because it really hooked me after my first viewing. The Arrow Video release offers a gorgeous transfer and crisp Italian audio with English subtitles and a fair English dub).