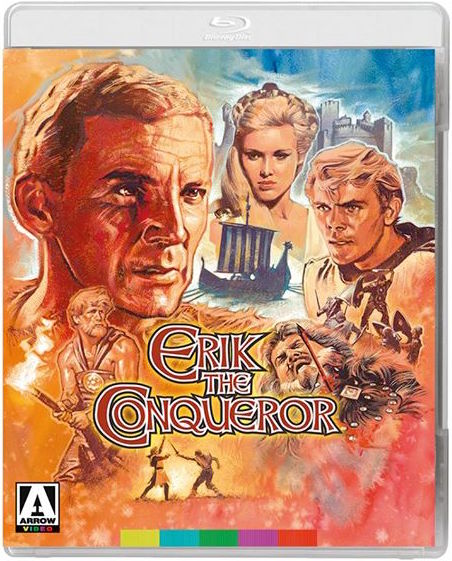 In 1961, director Mario Bava (Rabid Dogs, Kill Baby Kill) turned his hand to the historical adventure genre, capitalising on the recent success of 1958’s Kirk Douglas vehicle The Vikings. The result was a colourful, swashbuckling epic of treachery, heroism and forbidden love: Erik the Conqueror.

In 786 AD, the invading Viking forces are repelled from the shores of England, leaving behind a young boy – Erik, son of the slain Viking king. Years later, Erik (George Ardisson, Juliet of the Spirits), raised by the English queen as her own, becomes Duke of Helford, while across the sea, his brother Eron (Cameron Mitchell, Blood and Black Lace) assumes leadership of the Viking horde and sets his sights on conquering England once again, setting the two estranged brothers on a collision course that will determine the fates of their respective kingdoms…