< Empire of The Ants 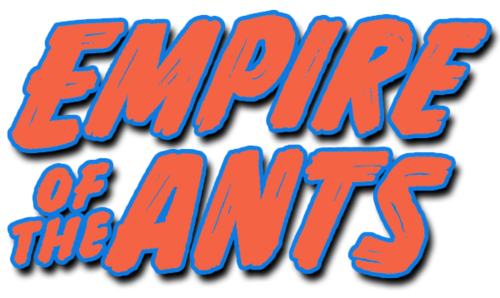 Marilyn Fryer (Joan Collins) is a real estate developer who thinks she has the perfect scam to raise money by selling potential investors poorly developed land in the Florida Everglades. Contrary to her plans, though, a toxic waste canister that was meant to de disposed of in the ocean has accidentally washed ashore and contaminated the local ant population. While taking her investors on a tour around the proposed community, the unsuspecting victims start getting picked off one by one by enormous ants that are the products of the waste's caustic combination of chemicals. Once the remaining survivors discover what they are up against, they begin a flight through the woods to see if they can reach civilization again before the vicious oversized insects can do them in. 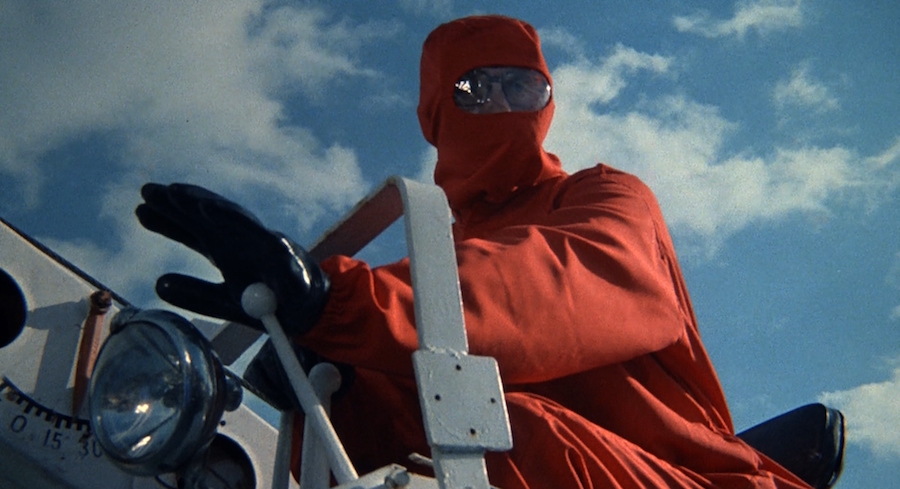 There used to be a time that I equated the name Bert I. Gordon with somewhat campy, but interesting films. His resume featured some fairly decent early sci-fi films that quickly established him as a filmmaker who could take an effects heavy premise and make it work very cheaply while also remaining entertaining. Something happened, though, when Gordon was introduced to the writings of H.G. Wells and suddenly the writer/director started churning out some of the most inane crap ever to be committed to film. His work quickly went from campy sci-fi to bottom of the barrel retreads of the same material over and over again with films like Village of The Giants, The Food of The Gods (both of which were based on the same novel), and the subject of this review, Empire of the Ants. 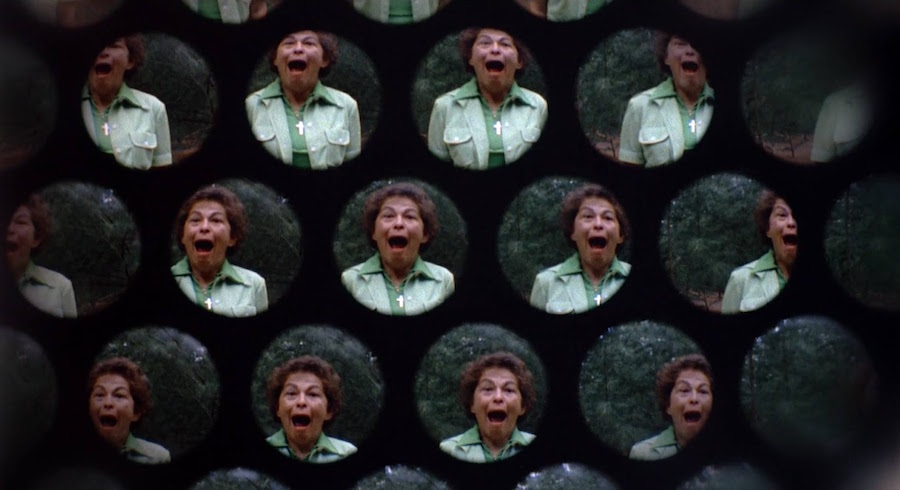 Like almost all of his films, Empire concerns a chemical reaction that causes a living creature to grow to unnatural proportions and attack humanity. It is not exactly an original premise, but in Gordon's hands it becomes downright repetitive. Nine of his twenty-one films have been about this particular premise, but I don't think a single one of them was as ridiculous as this. Even the dancing ducks from Village of the Giants can't compare to the sheer stupidity on display in this film. 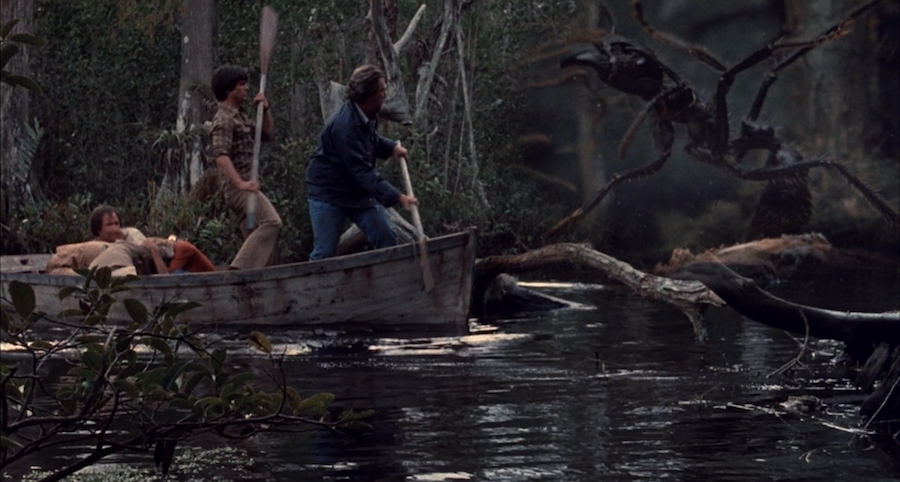 Some of the idiocy in the film comes from the characters and the actions they perform which lead to their deaths. Although the concept of more intelligent characters who prolong their inevitable death by not doing stupid things is only one that has recently become the norm, the lengths that this film's characters will go to in order to separate themselves from the group so they be killed are completely unbelievable and will have even the most tolerant viewer shaking their heads in disgust. Characters head toward shelters that obviously have the killer ants in them, or leave their safe shelters because they think its ìall clearî (even though there just so happens to be about a dozen very obvious giant ants just waiting outside for an opportunity at free lunch). One character, played by Robert Pine (Sergeant Joseph Getraer from "CHiPs", which was a popular show at the time of the film's release), actually watches his wife get eaten by an ant even though he had more than enough time to save her. What makes that moment even more ridiculous is that she even has time to save herself before the attack! 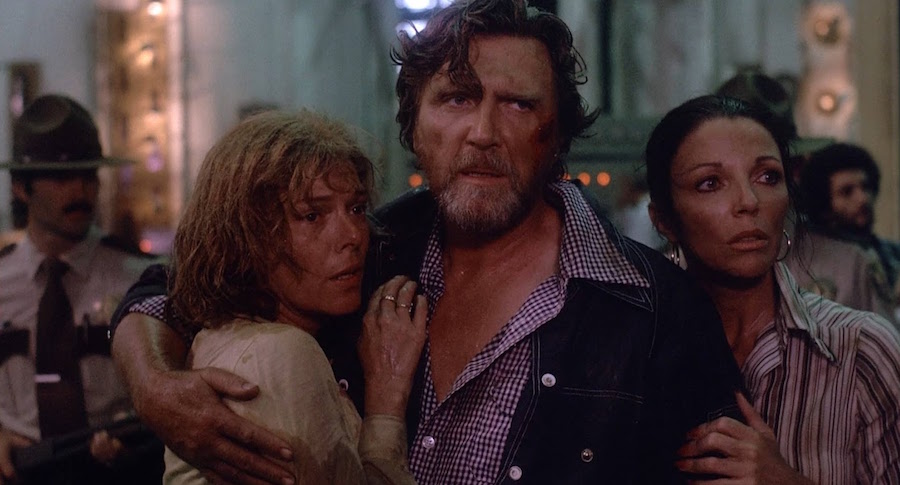 The lowest the film goes, though, is during the climax of the film, which is probably the most laughably bad twenty minutes I have ever had to force myself to sit through. Once the survivors make it out of the woods and reach the safety of civilization, they try and get the folks of the small Florida town in which they have arrived to help them in getting back to their respective homes. The townsfolk have no desire to help them, though, thanks to the fact that the queen ant has BRAINWASHED all of them with a special chemical and is using them to produce mountains of sugar for her and her ant minions! With moments left to spare before all of the survivors are brainwashed as well, a quickly appointed hero (of which the film was lacking for the first hour and twenty five minutes) bursts in and rescues the cast before blowing the ants and sugar refinery up with a handy gas truck that happened to be waiting nearby. If I hadn't been so dumbstruck by the idiocy of this plot development, I might have been gasping for air due to my voluminous laughter, but that was a luxury I was not afforded. 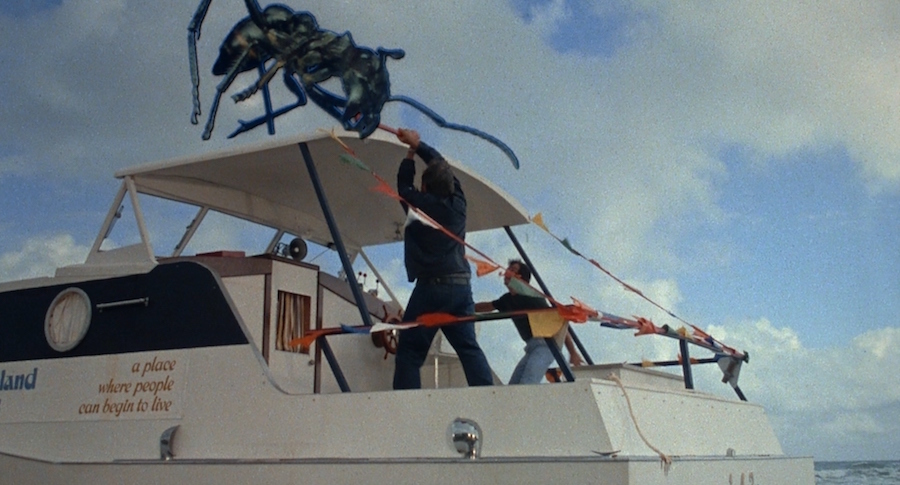 Empire of the Ants has been released on DVD under MGM Home Entertainment's Midnite Movie banner. The film is presented in its original aspect ratio of 1.85:1 and has been enhanced for 16x9 televisions. The transfer of the film is quite good, despite the poor nature of the film itself, showing that MGM is still dedicated to bringing the best presentation to the vast films in their library no matter how bad those films may be. The only extra on the disc is the original theatrical trailer.