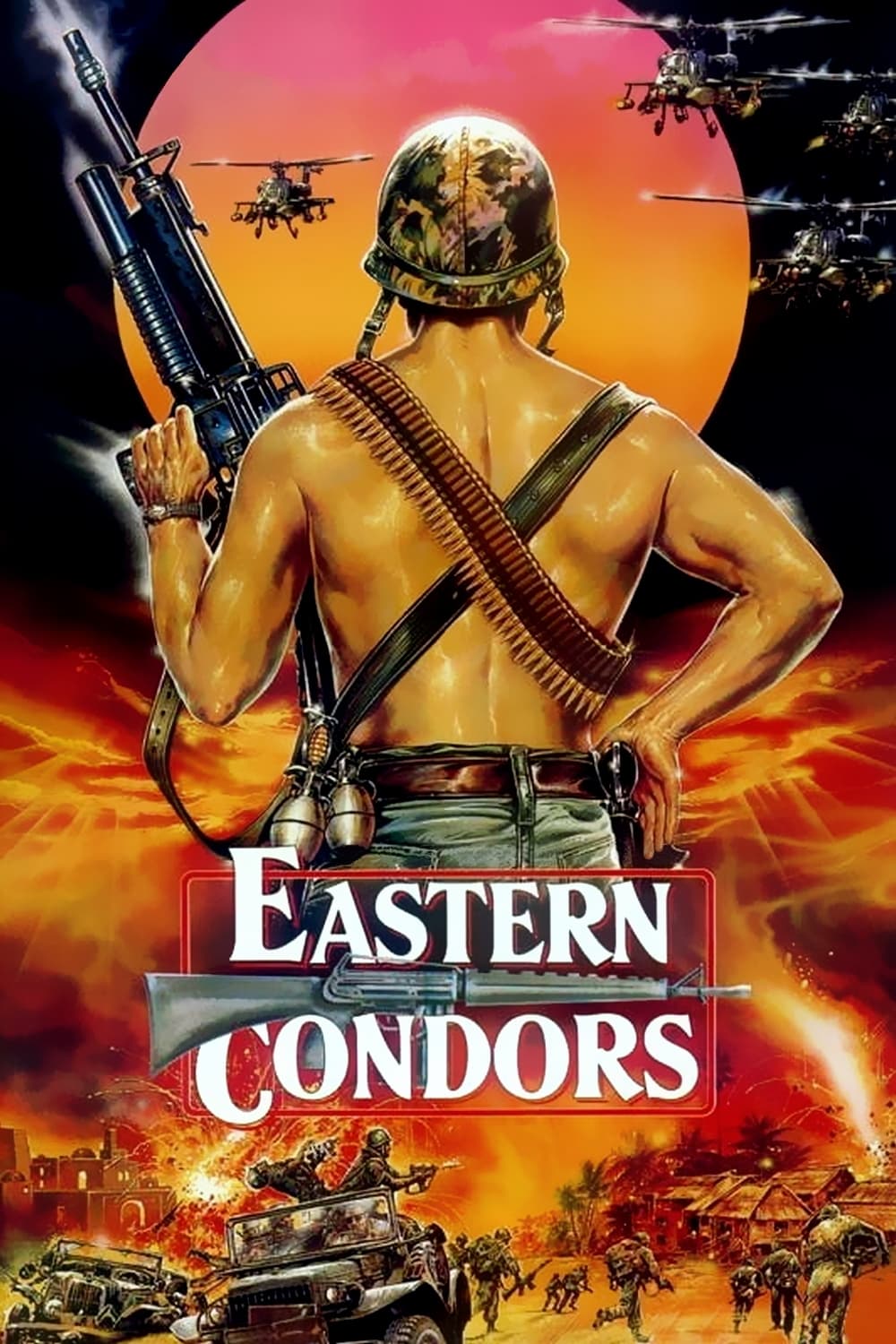 Eastern Condors is a 1987 Hong Kong action film directed by Sammo Hung, who also starred in the lead role. The film co-stars Yuen Biao, Joyce Godenzi, Yuen Wah, Lam Ching-ying, Yuen Woo-ping, Corey Yuen and Billy Chow. The film was released in the Hong Kong on 9 July 1987. It was set in the aftermath of the Vietnam War. Although set in Vietnam, the most of the film was shot in the Philippines. The scenes set in the United States were actually filmed in Canada. The ensembles of convict soldiers in the film are reminiscent of similar squads in American action war films like The Dirty Dozen. Hung believed his normal size and body shape, whilst suited to his comedic characters in his other films, would be inappropriate for a soldier. In order to get into shape for the lead role, Hung lost 30 pounds in 3 months, by surviving on a diet of nothing but chicken and rice. (Wikipedia)