Duel of the Iron Fist

The printable version is no longer supported and may have rendering errors. Please update your browser bookmarks and please use the default browser print function instead.
Duel of the Iron Fist (1971, HK) is a Martial Arts film directed by Chang Cheh. 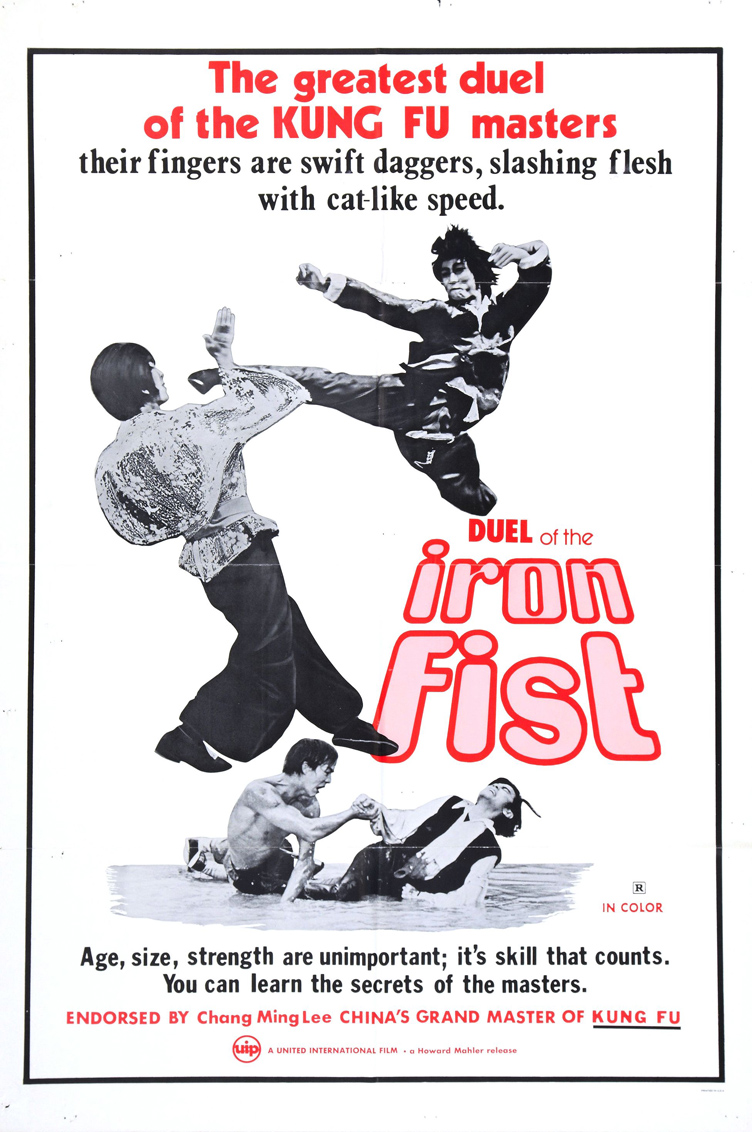 Tang Ren-jie (Ti Lung) and his older brother Tang Ren-lin (Ku Feng) are triad leader Shen Tian-hung's (Yeung Chi-hing) adopted son and henchman respectively. Shen was involved in a battle against rival triad leader Liu Shou-yi (Ho Ban) where both of them were killed. Jie then takes the initiative to be the scapegoat for the crimes of his brother Lin and Gan Wen-bin (Chuen Yuen), where then he flees to Jiangnan. However, Gan repeatedly sent murderers to harm Jie while also seizing all of Shen's properties and drives Lin away. With the help of Rambler Jiang Nan (David Chiang), Jie finally kills Gan, but the two of them also dies from their injuries. (Wikipedia)