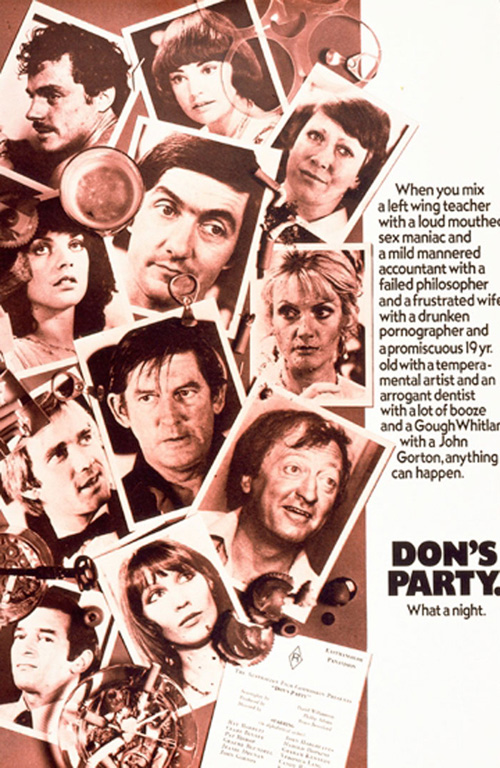 Don Henderson is a schoolteacher living with his wife Kath and baby son in suburban Melbourne. On the night of the 1969 federal election Don invites a small group of friends to celebrate a predicted Australian Labor Party (ALP) election victory, much to the dismay of his wife. To the party come Mal, Don’s university mentor, and his bitter wife Jenny, sex-obsessed Cooley and his latest girlfriend, nineteen-year-old Susan, Evan, a dentist, and his beautiful artist wife Kerry. Somehow, two Liberal supporters, Simon and Jody also come. By the end of the night, Don and some of his friends have begun to grasp the emptiness of their compromised lives. (Wikipedia)