In 1975 comedian Rudy Ray Moore brought his iconic standup character "Dolemite" to Drive ins and Grindhouses across the USA. Dolemite has to be one of the worst directed films I've ever seen, YET for some reason, that doesn't even matter when you watch it. The acting is horrible as well, but there's a certain charm about the film that will pull you in, that's if you like low budget Grindhouse fare from the 1970s. 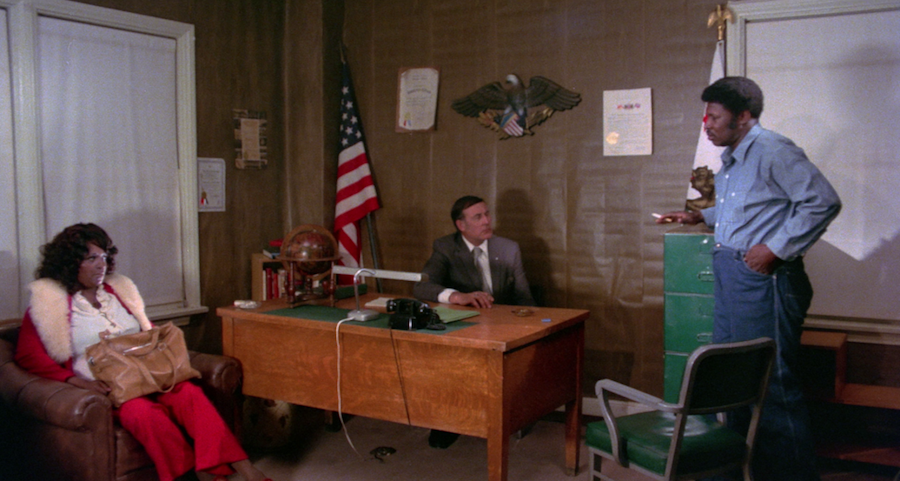 Dolemite (Rudy Ray Moore) is a convict who has been hired by the local government to get back on the streets and take care of Willie Green (D'urville Martin), a dope pushing pimp who's been selling drugs and killing innocent kids in the hood. We also see in a flashback that Willie Green is the mastermind behind Dolemite's own arrest. Dolemite isn't one to leave without a fight. He goes buckwild on the henchmen using his "Dolemite-Fu" (in which he doesn't even come close to landing a blow to his victims) but to his dismay, he's captured by the corrupt cops working for Willie Green anyway. Although Dolemite is in jail, his head madam known as Queen Bee (Lady Reed), springs him by convincing the prison warden that Dolemite is the only badass around that can stand up to Willie Green and his thugs. Dolemite is a pimp himself, but the warden doesn't care, he explains to Dolemite what he wants him to do, and our hero accepts the mission. One of the first really funny scenes is when Queen Bee is crying because she's "so happy" Dolemite's getting released. You can almost tell that the makeup department put fake tears on her face. 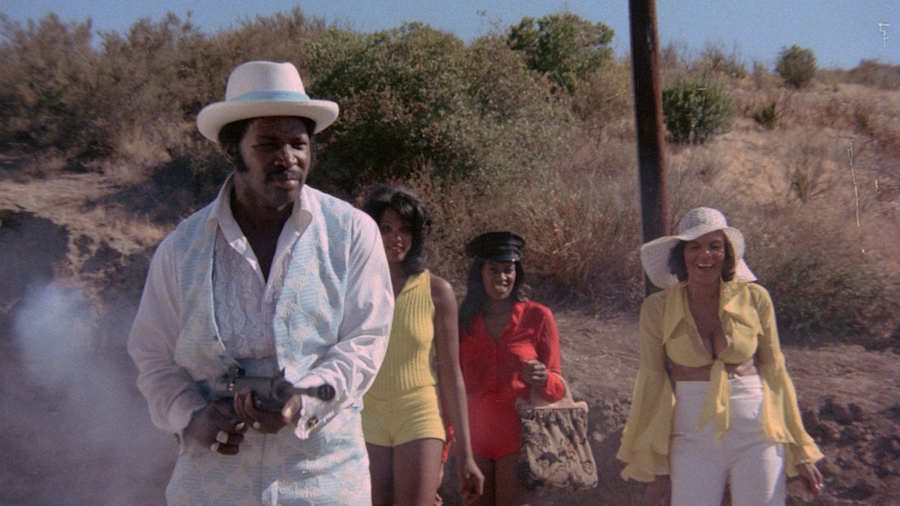 Following the super funky Dolemite theme song and one of the only opening credits sequences I've ever seen in a movie that doesn't end with "Directed By" we are ready to roll. Dolemite's Hos pick him up at the prison gates and they have brought him a new cartoonish pimping outfit. As Dolemite's putting on his threads he becomes mad and screams "Bitch, you know I don't wear these fuckin cotton droors!". When he dispenses his old jailhouse clothes, the prison guard replies "We'll keep these for ya Dolemite, you'll be back". 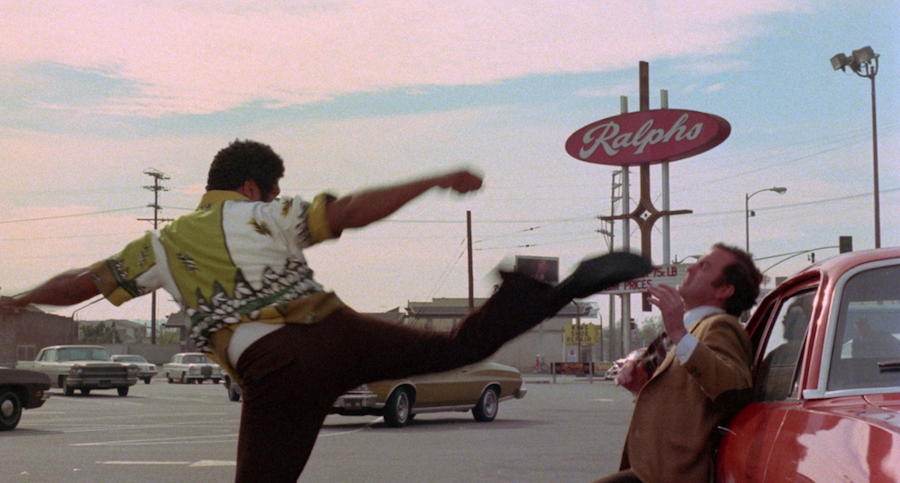 Not a minute goes by before Dolemite is being tailed by some of Willie Green's henchmen. All the while Dolemite is getting kinky in the backseat with his Hos. They pull over to the side and Dolemite jumps out. The thugs pull up fast, but Dolemite is ready to bust some caps. He bushwhacks them with a machine gun and that's the end of that. Dolemite ain't no chump! 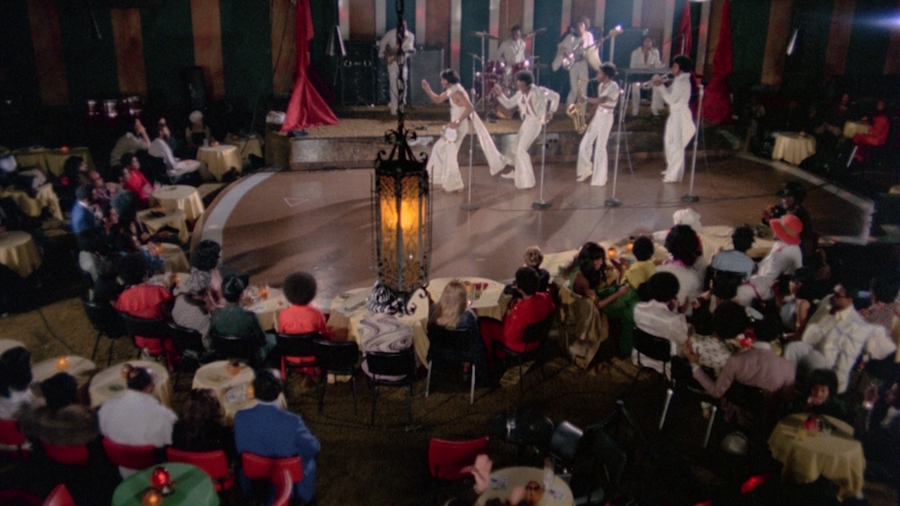 Dolemite gets back to the city and he's ready to begin his investigation into what happened to his hood since he's been gone. With the help of Queen Bee, Creeper The Hamburger Pimp and his Kung Fu Ho Army, Dolemite can't be stopped by Willie Green or the racist corrupt cops that try to set him up at every turn. 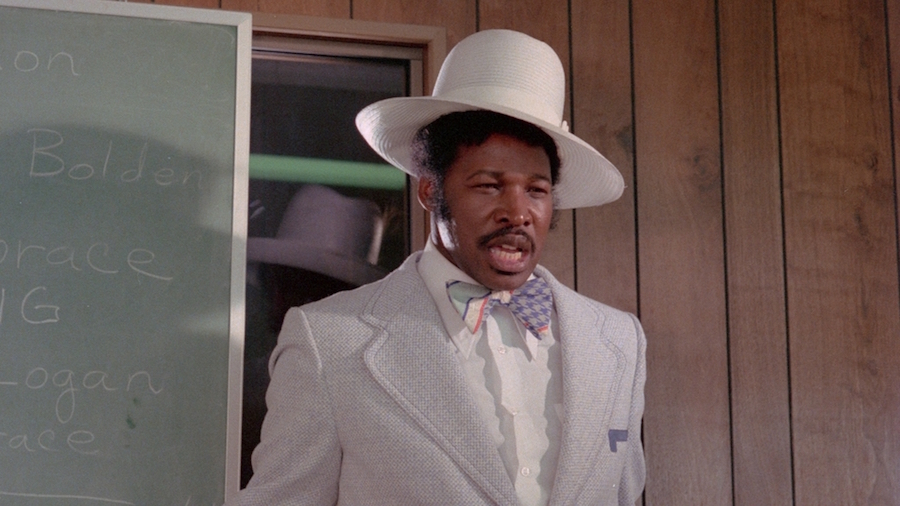 Look out for some hilarious scenes, including: Dolemite's creative use of the word "MOTHERF*CKER", the boom mic hanging in shots, the All Ho Kung Fu Army battle and Rudy Ray's great street poetry featuring his classic "The Signifying Monkey".

Rudy Ray Moore was a legendary comic who was highly influential on comedians like Eddie Murphy and Chris Rock as well as the entire genre of hip hop music. Dolemite remains one his classic gems from the Blaxploitation era.