Difference between revisions of "Deep Thrust/Review"

Lady Whirlwind, as I prefer to call it (check out the Fun Facts section to see where the "Deep Thrust" title comes from), is mostly well-known for being the launching pad for the world's first female star of martial arts cinema, Angela Mao. But like all first steps, Angela's reduced to a mostly supporting role to the leading male character, Ling Shi-Hao (Played by Yi Chang). Yet, from the start of the film, it appears as if this won't matter since Ling is "Killed" by a Japanese casino owner, Tung (Pai Ying). But little do the bad guys know that Ling will be nursed back to health (Offscreen, by the way) thanks to a young lady named Hsuang (Wu Ching Erh) who will eventually become his lover. Enter Miss Tien (Angela Mao) who knows that Ling is still alive and carries a massive grudge with her. Apparently, Tien's sister was in love with Ling and pregnant with his child, but Ling pulled a disappearing act on Tien's sister and committed suicide as a result. So while Ling brandishes his own revenge ideas against Tung and his crew for leaving him for dead, Miss Tien will always remain in Ling's shadow to remind him of her plans to kill him for the heartache he has caused. 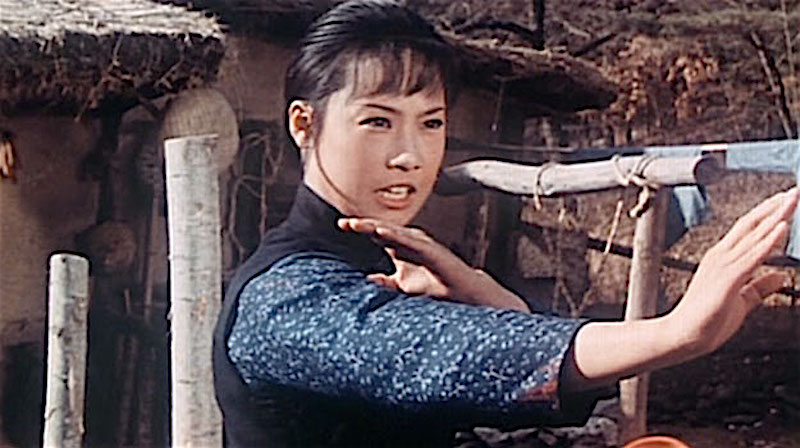 I must say that the movie moves incredibly fast given the slightly one-dimensional plot, but it's no secret that the momentum begins to diminish when the film suddenly focuses on Ling as he studies Tai Chi for his final fight with Tung. Though Yi Chang does an earnest job with his part, it's just that by this point of the film, it's clear that Angela has stolen the show with her relentless attitude and her exhilirating, one-woman wrecking show that she's demonstrated by this time (Her destruction in the casino is certainly one of the film's biggest highlights). And this being 1972, the kung fu choreography was still a few years away from reaching its peak in realistic excellence. But the often primitive choreography is redeemable by just having a huge abundance of moves to make up for its precision--With a few gleeful wirework stunts thrown in for good measure. Again, if you want to see Angela Mao in pure, breathtaking combat mode, you may have to seek her elsewhere in the likes of Broken Oath, which also reunites her with Siu-Lung Leung (Who plays Tung's Japanese-karate fighting brother in this film). But Deep Thrust aka Lady Whirlwind succeeds in showing Angela's gift for being just as tough as the guys.